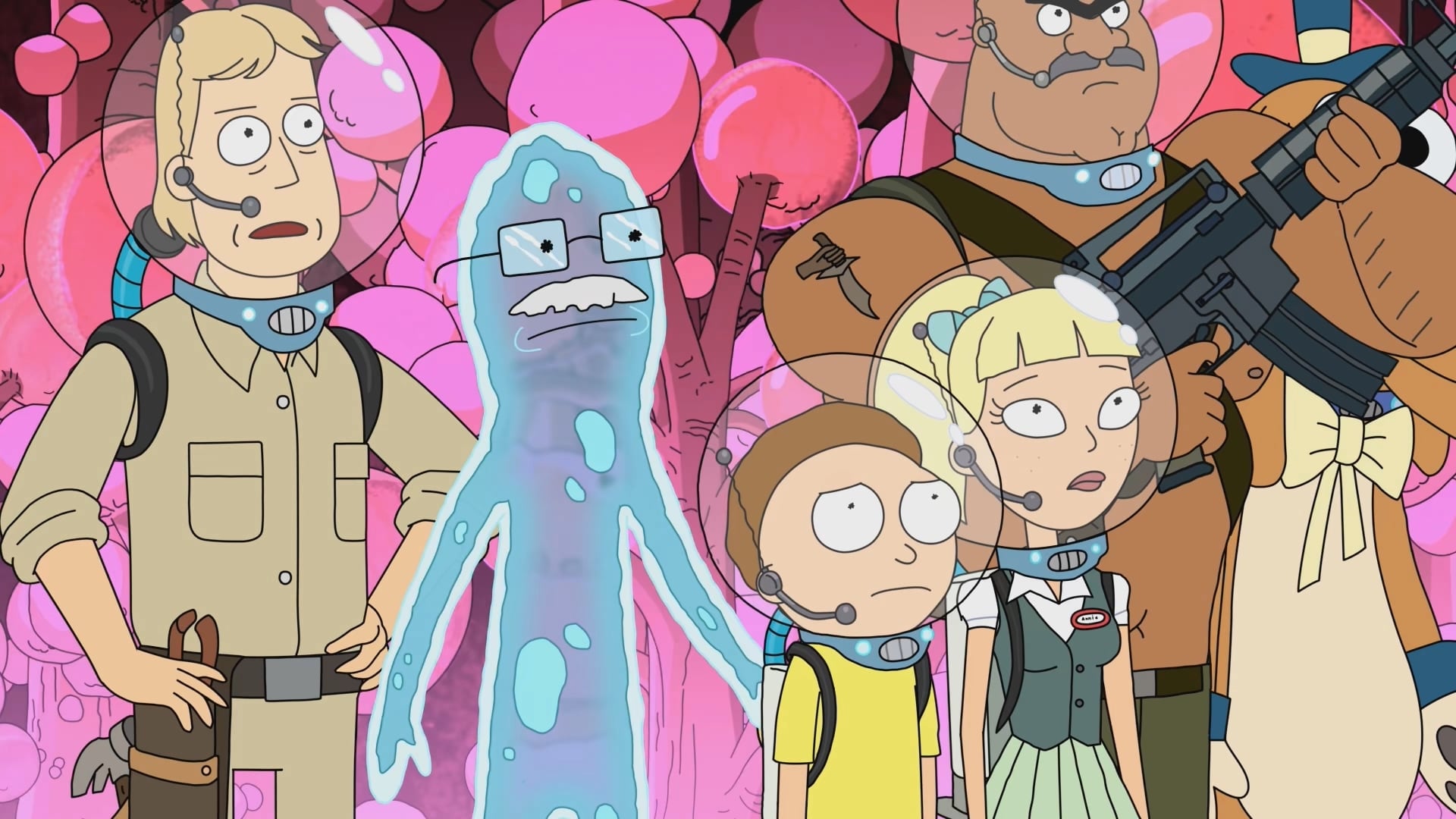 It’s Christmas, and Jerry tries to enforce the idea of a “human holiday” onto the rest of the family for his parents visiting, confiscating Morty, Beth and Summer’s electronic gadgets. Rick then shows up with a homeless man in a Santa outfit he briefly introduces as Ruben before heading into the garage.

As the holiday progresses, Jerry realizes that his traditional idea of a family Christmas has been usurped by the introduction of Jacob, his mother’s lover, who has entered a three-way relationship with his parents. While the rest of the family accepts and supports the relationship, Jerry becomes insecure and defensive, allowing his anxiety over his parents’ relationship to negatively affect him throughout the episode.

Meanwhile, Morty finds out that Rick has created a Jurassic Park-style amusement park inside Ruben the homeless man, and that he is needed inside Ruben’s body. Rick shrinks him down to microscopic size and injects him into Ruben’s chest cavity, allowing him to meet Dr. Xenon Bloom and the other residents of Anatomy Park. Ruben soon dies from a multitude of bacteria and viruses that have run rampant through his body, and the crew has to escape it to survive. As they make their way through Anatomy Park, Morty begins to fall for Annie, an employee of Anatomy Park, who begins the journey apathetic of his plight but who soon grows to fancy him. The crew discovers that Poncho had planned to compromise the safety of Anatomy Park, to get back at Dr. Bloom, but he falls to his death trying to fight off the bubonic plague, with Roger drowning in shit soon after.

Meanwhile, Summer’s boyfriend Ethan barges into the house asking why she has been ignoring all his texts, which leads to an argument. Jacob manages to bring Ethan to confess the source of his anger.

Back in the body, Dr. Bloom, Annie, and Morty sit in a room watching an animatronic Reuben explain his history. The body soon begins to collapse and the crew has to try and ride a skeletal railway system (or, “The Bone Train”) out to Reuben’s nipple. Dr. Bloom is eaten alive by E. coli while trying to operate the bone train, whilst Morty and Annie are almost eaten by Hepatitis A, but Hepatitis C comes to their rescue.