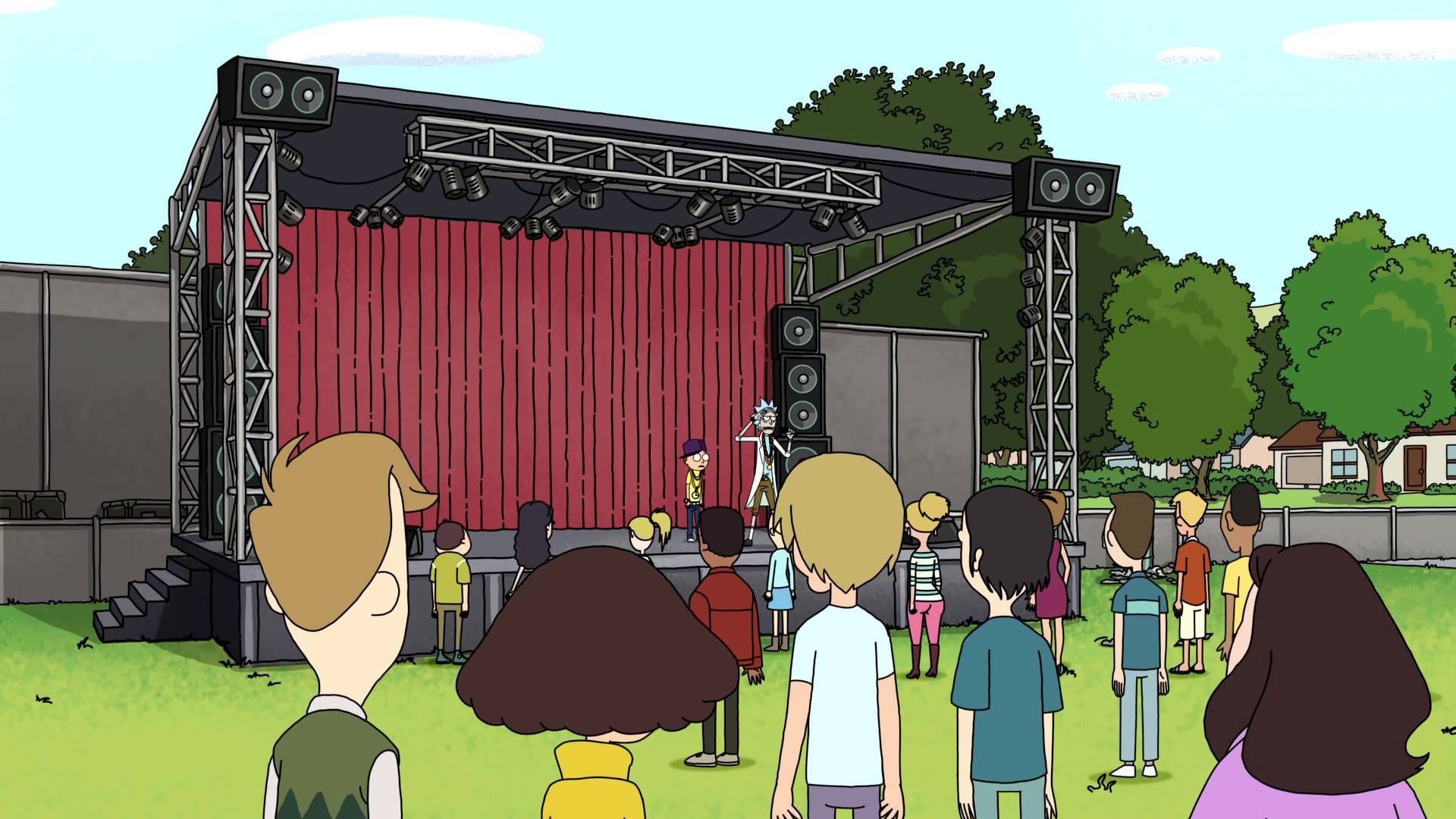 The episode opens with Rick dissecting a large rat in the garage complaining about the sloppy workmanship. Morty stops in to comment on the beautiful day before a robotic Beth gets into a car and leaves for work. Rick is shown acting suspicious of the day’s events, as well as Morty. Morty leaves for school and is called up to the front of the “math class” by Mr. Goldenfold, who asks him to teach the class, despite Morty’s seemingly incorrect answer to a math question. A classmate asks Morty to share the recipe for concentrated dark matter, and a reluctant Morty is nearly enticed by Jessica into doing so before Rick bursts in and pulls Morty away.

Rick tells Morty to get naked as they scramble into some locker room showers. Rick explains that they are actually trapped in a simulation of real-life by a race of ‘intergalactic scammers’ called Zigerions. Rick tells Morty that they’ll be safe if they’re naked, as the alien race is immensely uncomfortable with the sight of nudity.

Meanwhile, Jerry has been accidentally been abducted into the simulation too, and calmly goes about the day’s events without noticing the numerous glitches, as his simulation is made to run on very low capacity. Jerry drives to work and gives a pitch for a marketing slogan for apples (‘Hungry for Apples?’), which the board members approve. Jerry is filled with unbound confidence and promptly leaves to make love to the simulated Beth.

Rick and Morty plan an impromptu rap concert, and Rick orders the crowd to perform a wide variety of actions in order to saturate the RAM and freeze the CPU, thus, the simulation. The duo manages to escape from the simulation, sneak into the ship, steal some Crystallized Core Processing Units and proceed to an escape pod. As they fly back to Earth and return to the garage, Rick’s enters the passcode to a hidden safe, which refuses to open. The garage then melts away, proving that they are still trapped in the simulation.