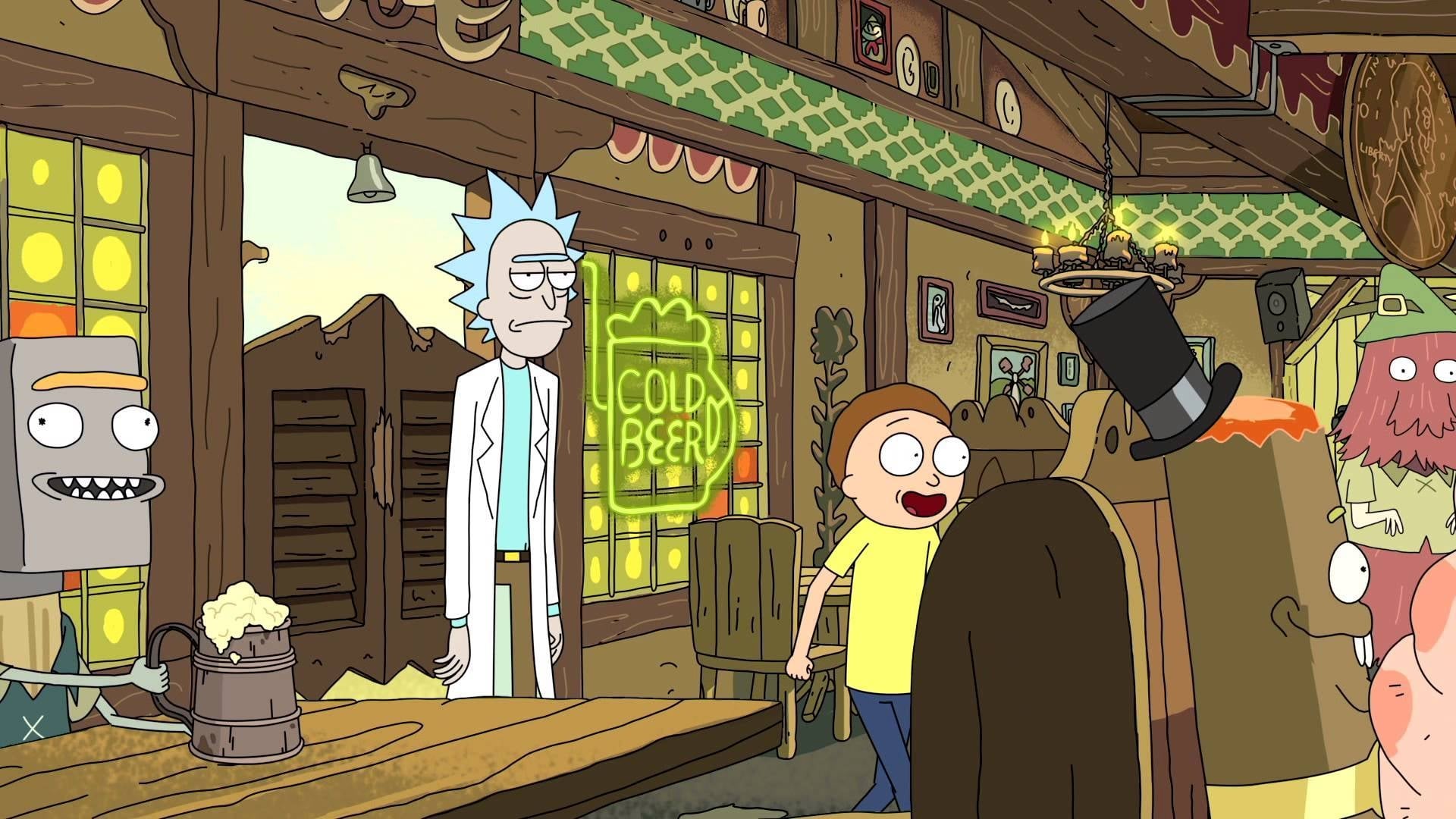 After a particularly traumatic adventure, Morty tries to quit all future adventures. Rick pleads for him to continue being his sidekick, but allows him to lead his own adventure. The two strike a bet with each other: if the trip is a success then Morty will get to lead every tenth adventure, if the trip is a failure Morty will no longer complain. The rest of the Smith family bugs Rick for a solution to several mundane problems. Rick gives the family the Meeseeks Box, a gadget capable of instantaneously summoning helpers named Mr. Meeseeks.

These blue creatures exist only to solve the task at hand. Once their task is solved, the creatures instantly disappear from existence. Rick assures the family that the creatures are happy to die, and warns them to keep their tasks simple. When Rick and Morty leave, Beth asks her Meeseeks to help her become a more complete woman while Summer wants hers to make her more popular at school. Jerry put out their apparently difficult requests, asks his Meeseeks to do something comparatively simple sounding and help knock two strokes off his golf game.

Morty leads Rick on an adventure through a fantasy world. They stop at a poor village that requests the help of two heroes to help raise money for them. The villagers point towards the sky, where a world of Giants awaits. Morty and Rick climb up a giant plant stalk to the Giant’s world and wait on the giant’s table for him to emerge. A giant named Dale, appears smelling Rick and Morty and is about to start looking for them (with the intention of eating them) when he suddenly slips over and bangs his head on the corner of the table, killing himself. Dale’s wife, Rose, and their son walk in and see the scene, and Rick and Morty are quickly arrested for Dale’s “murder”.

Summer’s Meeseeks quickly makes her more popular at school by giving an inspiring speech that wins her a lot of friends, while Beth’s takes her on a date and gives her some encouraging advice. However, Jerry struggles to improve at golf despite the coaching from his Meeseeks. Jerry is ready to give up, but his Meeseeks can’t stop existing until it completes its task and decides to summon another Meeseeks to help. It isn’t long before Jerry is surrounded by several Meeseeks all desperate to get Jerry to improve since many of them haven’t had to exist that long, which leads to the Meeseeks slowly losing sanity as their task fails to be completed.

Soon, there are dozens of Meeseeks created but Jerry still isn’t improving making everyone involved frustrated. An exasperated Beth heads to dinner and Jerry goes along, telling the complaining Meeseeks that his golf game is more their concern than his. After they’ve gone, all the Meeseeks blame each other for their predicament and argue over the correct solution soon descending into a massive brawl, tearing each other apart (which still doesn’t kill them) while creating more and more Meeseeks to join in the fight. Eventually, the original Meeseeks, having been alive for over two days (an eternity in Meeseeks time), tells his fellows that he has a solution to permanently take all strokes off Jerry’s game, by killing him.