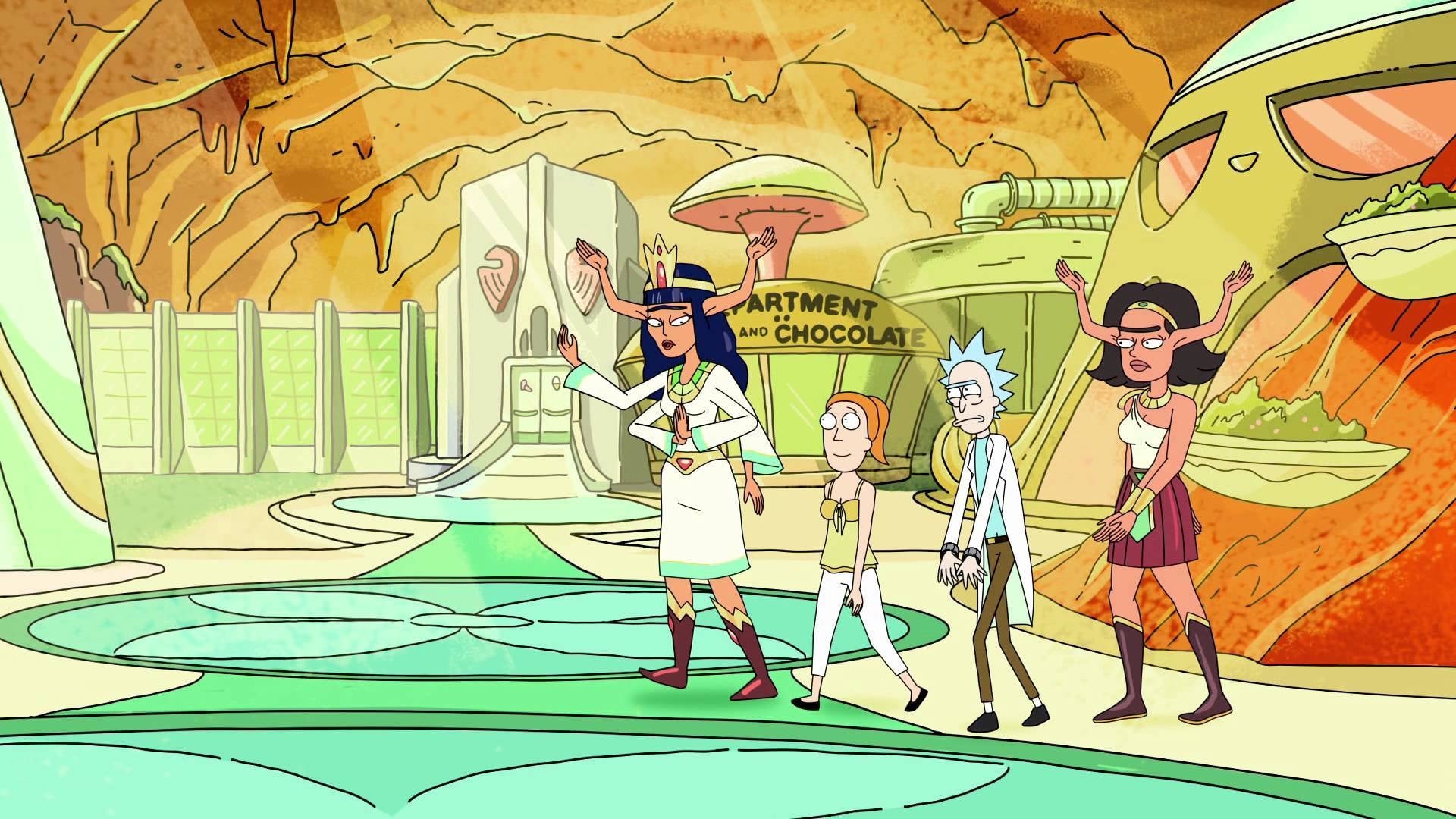 While Rick haggles with the owner of an intergalactic pawn shop, Morty spots a sex robot at the back of the shop and asks if he can have it, saying that it “looks cool” and claiming that he needs a souvenir from his adventures with Rick in case his grandfather ever passes away. Dismissively, Rick concedes.

Back on Earth, the rest of Morty’s family is perturbed with his newly sexually active lifestyle with the robot, with Jerry particularly vocal against it since all Morty does is stay in his room with the robot. Beth points out that Morty is undergoing puberty and insists that Jerry not intervene, though remains cautiously open to the idea when Morty calls for Rick’s help and her father goes upstairs.

Morty reveals a floating metal ball which he claims is “Gwendolyn” the robot. The rest of the family, alerted by the commotion from Rick trying to secure the ball, witness the metal ball give birth to a infant and turn back into the robot. Inspecting the robot’s insides, Rick confirms that the robot was given the ability to give birth and the infant contains half of Morty’s DNA, to the shock of Morty and the family. Before he can put down the alien infant, he is stopped by the rest of the family who ask him to let it live, despite his protests. Rick decides to take the robot to the garage and inspect it further while Morty is determined to raise “Morty Jr.” as his own.

As Summer visits the garage, Rick identifies the robot’s origin as the planet Gazorpazorp in the Andromeda system, and explains that he intends to send Morty Jr. back to his home planet and find suitable parents for him. Summer hints that she wishes to go an adventure with her grandfather like Morty does, but Rick dismisses her, claiming that he doesn’t take “chicks” on adventures, which offends Summer. Summer is suddenly seized through the portal Rick opens by male Gazorpians, forcing Rick to follow. Meanwhile, Jerry and Beth both attempt to give Morty parenting advice, but end up disagreeing with their different parenting styles, alluding to their own disappointments with their children. Morty snaps, demanding his parents to back off, instead turning on the television to show Morty Jr. a children’s show; both Jerry and Beth agree that Morty will inevitably fail with his parenting.