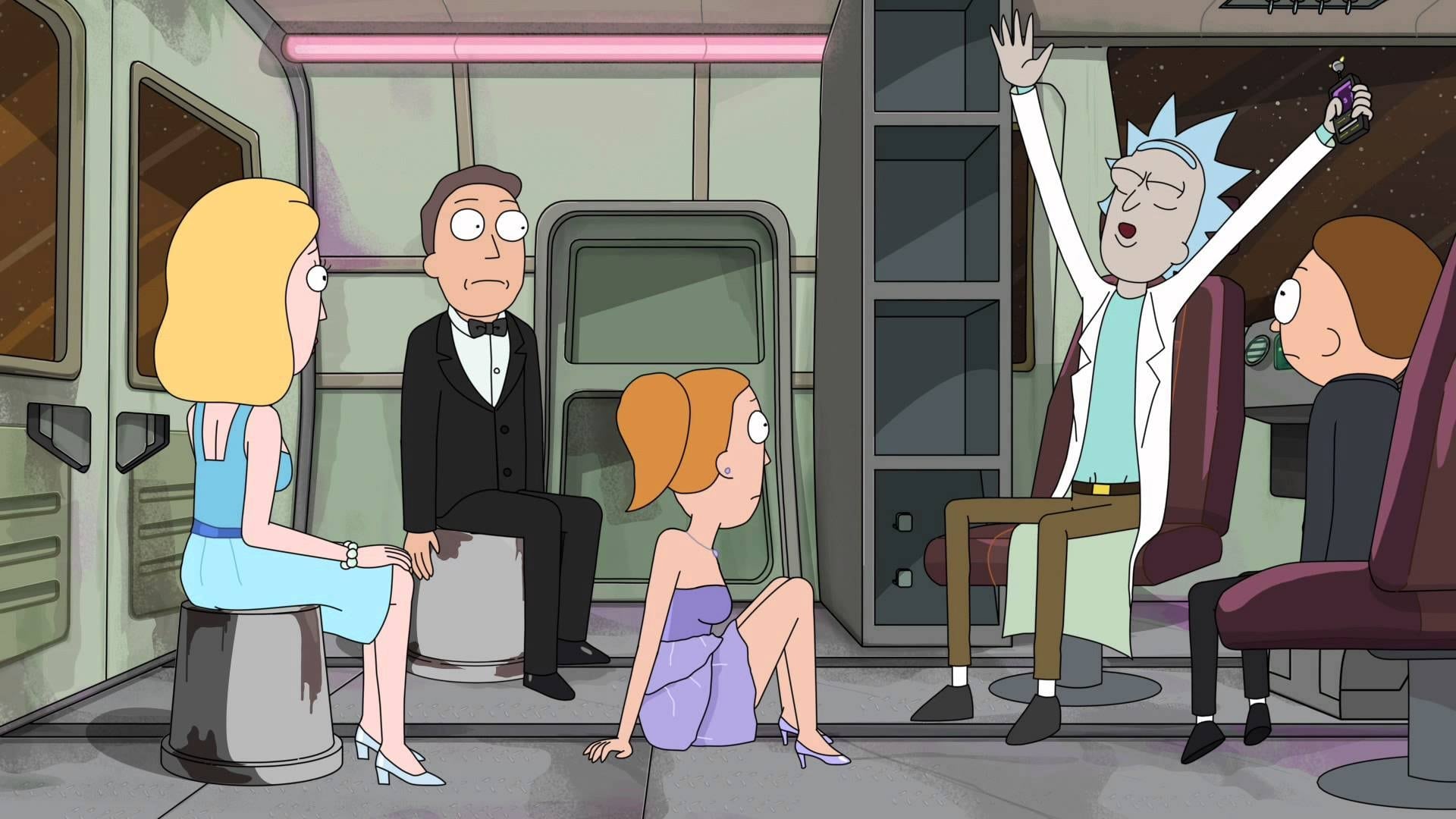 Rick, Morty, Beth, Summer and Jerry are eating breakfast, with Beth once more telling Jerry to get a job, when there is a knock on the door. A “Courier Flap” arrives, an organism servicing as an intergalactic mail service, with Birdperson’s invitation to his wedding to Tammy on Planet Squanch. Rick immediately declines, saying that weddings always make people miserable (or, in his words, “funerals with cake”). While Beth attempts to convince Rick to attend his friend’s special event, Jerry manages to be accidentally transported via the courier to the planet, forcing a reluctant Rick to bring the rest of the family to the wedding.

The family arrives with Squanchy greeting them, and the Smith Family (minus Rick) mingle with the numerous guests; Jerry unsuccessfully tries to joke with Tammy’s parents, Beth inquires about Rick with Birdperson, who discloses vague and dark parts of his and Rick’s past, and Morty protests to Rick about opening up more and enjoying the wedding.

Birdperson and Tammy are wed, and Rick reluctantly follows Morty’s advice to open up by giving an ad-libbed wedding toast about love and his happiness the newly married couple. Unfortunately, the happiness ends when the bride reveals herself to be a deep undercover Galactic Federation agent, and that the building is surrounded by officers. When the reception erupts into chaos, Birdperson is shot multiple times and seemingly killed, much to Rick’s horror. As the majority of the criminals attending the wedding are gunned down, Rick is about to use his portal gun when Tammy ambushes him and holds him at gunpoint, ordering him to give up the gun.

He does so, although he also wires it to kill several Galactic Federation officers and explode before it is able to be recovered. Consequently, the explosion also renders Tammy temporarily deaf. As the final few shots are fired from those still living, Squanchy provides a diversion for the family to escape by drinking a potion and turning into a large warrior, temporarily fighting off the surviving Galactic Federation goons and avenging many of his allies’ deaths.

Following the chaos at the wedding, an angered Rick reveals that he is vehemently against the Federation, enough to join forces with the late Birdperson and other like-minded rebels. Despite Beth’s suggestion to return home, Rick points out that option is no longer possible, as Earth will be the first place for the Federation to look for him. He even goes as far as to say that if any of them were to go home themselves, they could be interrogated despite not knowing where Rick might escape to.

Instead, he suggests finding a new world to live in. Upon asking his computer, he finds out that there are 765 planets similar to Earth in the Milky Way with only 3 existing outside federal jurisdiction. They find a very similar Earth-like planet but also find that it is incredibly small. They then find a much larger planet where everything from the plants to even the animal life is “on a cob”. However, Rick panics from this discovery and quickly takes everyone back out. The last Federation-free planet seems almost perfect (and “cob-free”), until they discover a sun that screams endlessly throughout the planet’s 42-hour day. With only this and the small Earth as their only options, they decide to return to the small Earth.