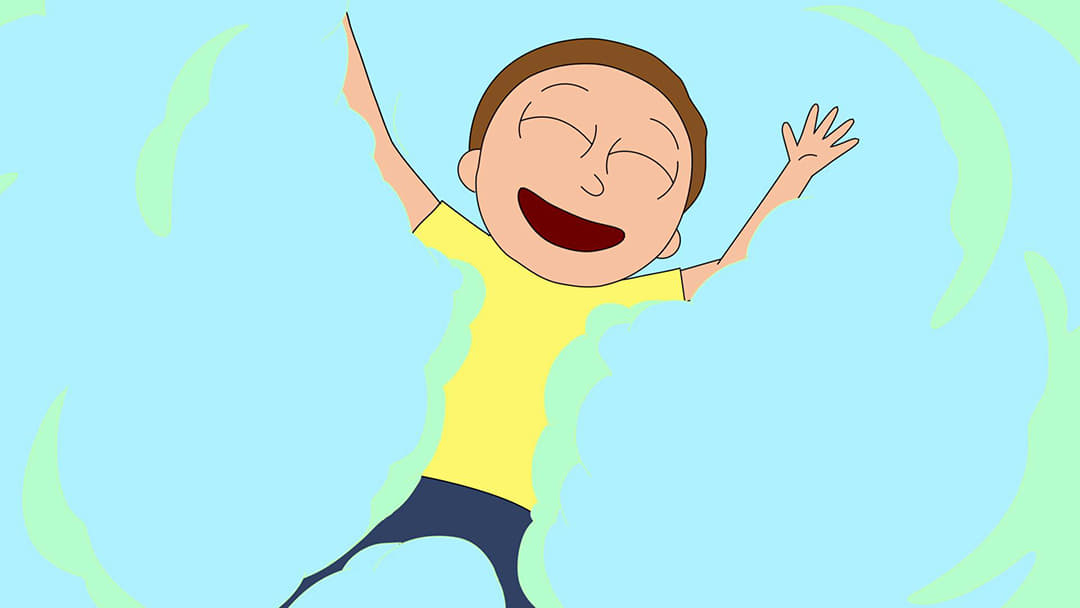 During a flying lesson, Rick and Morty realize that Jerry has stowed-away. After dropping Jerry off at Jerryboree, a cross-temporal daycare designed specifically for Jerrys,

Rick sells an antimatter gun to Krombopulos Michael, an alien assassin. Rick reveals he sold the gun to afford an afternoon at a video arcade Blips and Chitz, which features a game called “Roy: A Life Well Lived”. Morty, upset by Rick’s immoral decision, attempts to stop Krombopulous Michael from killing his target. After accidentally killing Krombopulous Michael with his poor spaceship piloting, Morty is introduced to the assassin’s target, who assumes the name “Fart”.

Morty insists on freeing Fart and helping him get back to the wormhole he came through to return him to his race. Government forces give chase, leading to a shoot out with lots of civilian casualties, and Rick rages that none of these people would have died if Morty hadn’t interfered with Krombopulous Michael. After returning Fart to the wormhole to his home planet, Fart reveals his plan to return with his race and “cure” all carbon based life forms from the universe. Morty is then forced to make a moral decision, and kills his friend using the antimatter gun, meaning that all the deaths and destruction that resulted from his decision to save Fart were for nothing.

Meanwhile, Jerry has spent his time socializing with many other Jerrys at Jerryboree, before being picked up atop the end of the day. The episode ends with a promotional ad for “Blips & Chitz”.