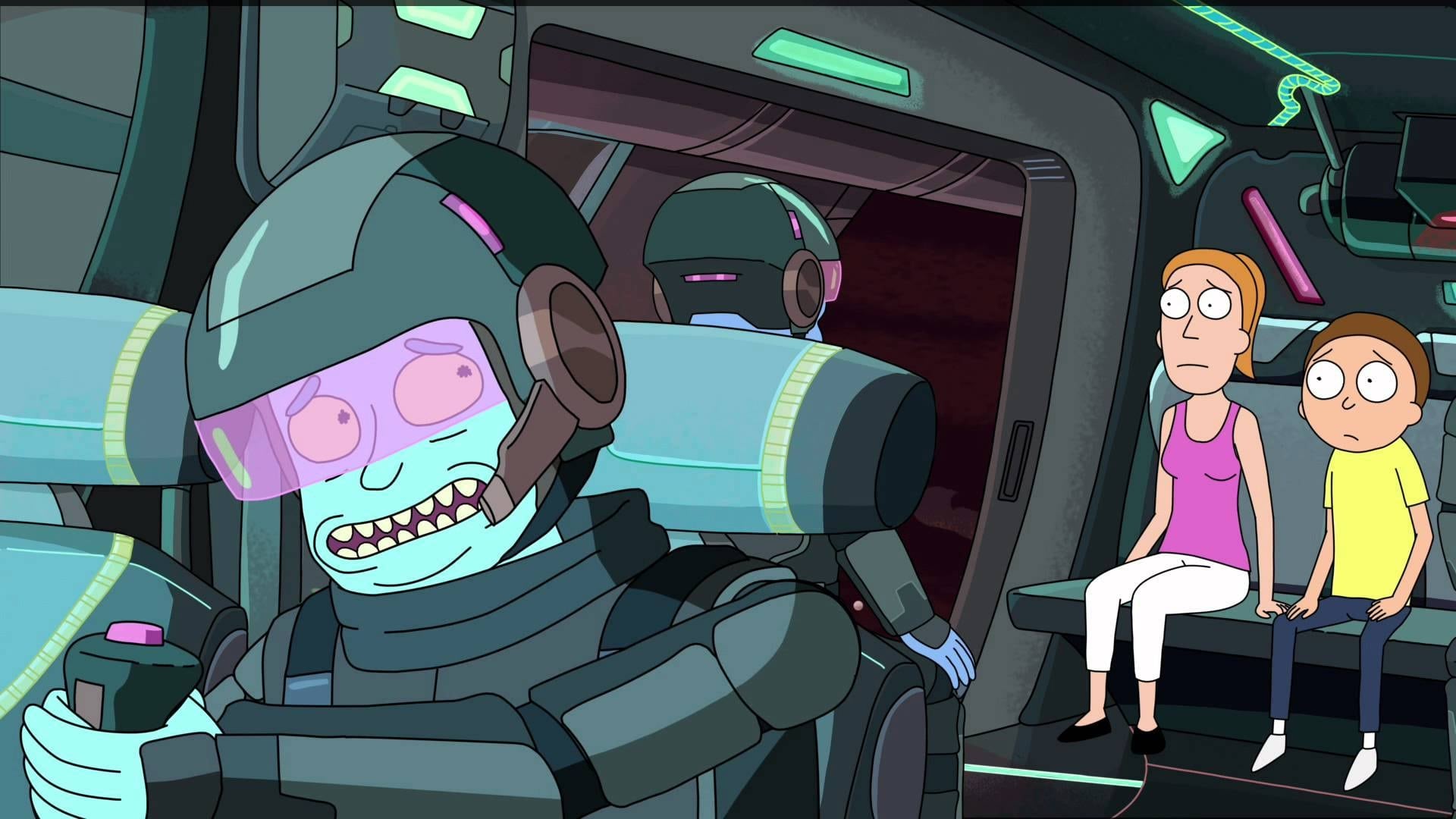 While travelling through space and jamming to some music, Rick, Morty, and Summer come across a distress signal from an alien starship. Rick intercepts and boards the starship with the intention of looting it, but instead he comes across the ship’s surviving crew members, who explain their planet has been taken over by an assimilating hive-mind, before the aforementioned hive mind attacks and assimilates the rest of the crew. To the trio’s shock, the hive mind apparently knows Rick, who awkwardly admits that he and the hive mind, named Unity, used to “date.”

Back on the planet Unity overtook, Unity explains how it was able to take over the entire population, unifying the world and improving the quality of the inhabitants’ life, at the cost of their free will and individuality. Despite being treated well by Unity, Summer protests the loss of the original population’s individuality, but, as Unity controls every mind on the planet, her attempts to “free” the inhabitants do not go very far. Elsewhere on the planet, Unity and Rick waste no time rekindling their relationship rather extravagantly.

Not long after, a neighboring hive mind called Beta-Seven arrives on a routine trading mission. Beta-Seven is ostensibly attempting to pursue a closer relationship with Unity, but its awkward efforts only cause Rick to make fun of it. As it leaves, Rick notices the materials Beta Seven left behind can be mixed into various drugs to help spice up his and Unity’s partying and kinky sex.

Meanwhile, back on Earth, Jerry enters the garage looking for the weed-whacker because the weeds in the cracks made from the house being transported to another dimension have started to become overgrown. He is confronted by Beth, who chastises him for being in the garage when Rick is not present. The two argue, but are interrupted by a gurgling sound from under what they discover to be a hatch in the floor.