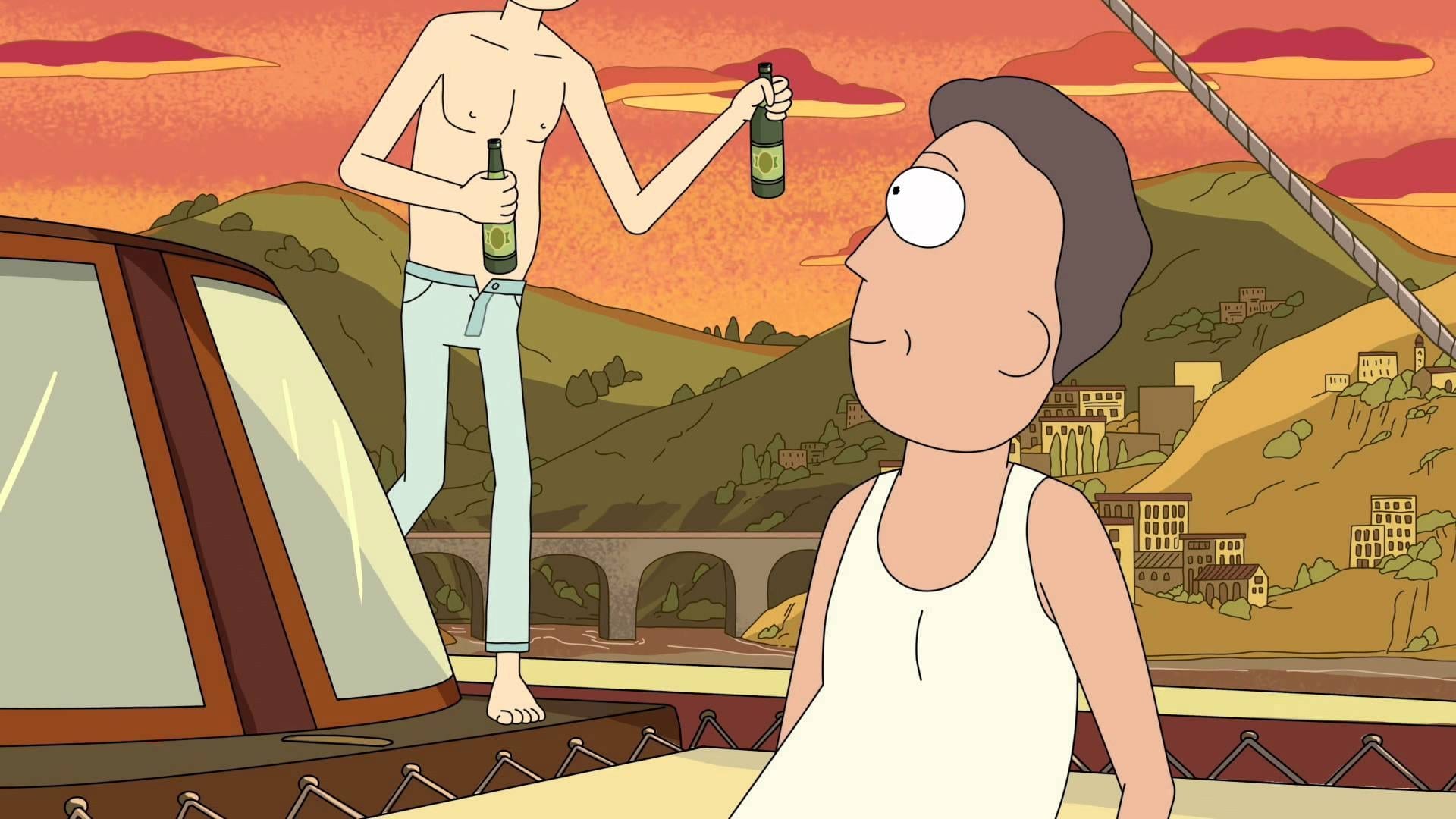 Rick then pulls out a laser pistol and shoots Uncle Steve, who turns out to be a monster. While the Smith family gasp in shock at the realization that Uncle Steve wasn’t real, Rick informs them that he was a parasite, an alien species that survive and multiply by implanting fake memories into people’s head so they can conquer planets. He tells them to be aware of “wacky, zany characters that suddenly appear” and is encouraged by a newly introduced zany character, Mr. Poopybutthole.

In the living room, Rick makes a sign saying that there should only be 6 people in the house: Rick, Morty, Jerry, Beth, Mr. Poopybutthole, and Summer. Saying that they can’t take chances of letting parasites out of the house, he activates blast shields that keep people from coming in or out of the house, much to the chagrin of the rest of the family. Mr. Poopybutthole encourages the family to remember the time the family got stuck in an elevator and were freed by “Cousin Nicky”. The memory flashback causes a parasite to multiply and Cousin Nicky is shown in the room. After looking at the sign, Rick shoots Cousin Nicky in the shoulder, which turns him into a dead parasite.

After another memory flashback, where a Nazi as well as a butler named Mr. Beauregard appear. As more and more memory flashbacks occur, more and more parasite characters appear (such as Frankenstein’s Monster, a man named Sleepy Gary who is Beth’s husband, food themed warriors, etc.). Rick starts to become irritated at the surplus of parasites, and insults them all while they attempt to persuade Rick to disable the blast shields. After being goaded into having a flashback of having a barbecue with more characters, he is pushed over the edge and the house is filled. As arguing ensues, Jerry has suspicions that he is a parasite and confides in Sleepy Gary, who he truly believes is Beth’s husband. Comforting him, Sleeping Gary implants a memory of he and Jerry having an affair while on a vacation, making the latter believe that they are in love.