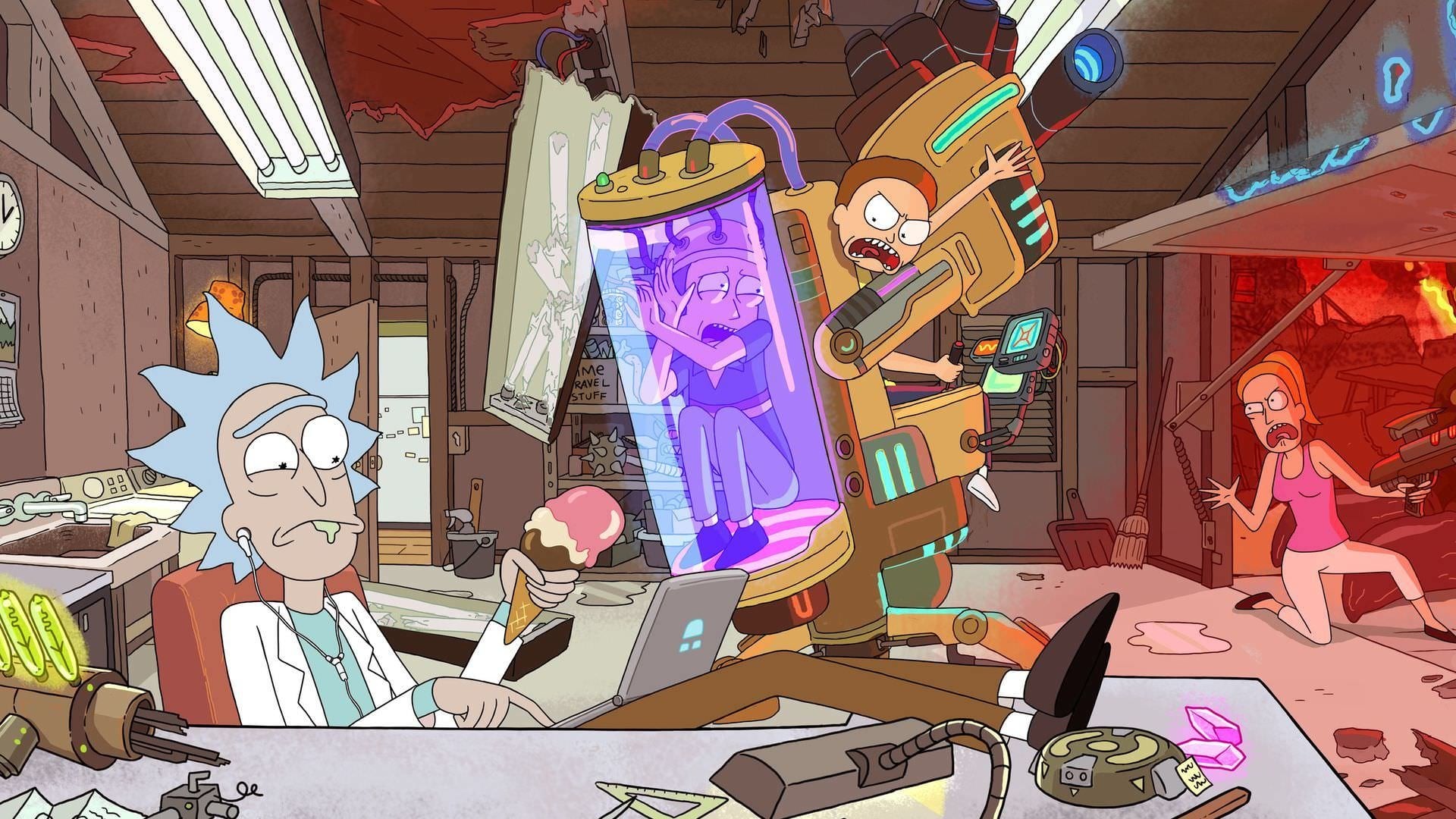 While eating breakfast, Jerry asks his children Summer and Morty if anything interesting is happening at school. Morty responds, after thinking for a moment, that one of the lunch ladies was found dead, her body drained of blood and marked by two holes in her neck. Beth’s horror, as she has no idea how such a horrible thing could happen, is quickly quenched by a nonchalant Rick, who reveals that vampires are real; the revelation horrifies Summer, but Rick casually tells her that humanity has known of their existence for hundreds of years.

Terrified of the possibility of being killed by a vampire, Summer desperately asks to grandpa Rick if he could go to their school by transferring his consciousness into the body of a teenager, which Rick considers a stupid idea and insults Summer for it. Beth tries to get Jerry to support Summer, but Jerry is too distracted by his tablet to pay attention, leading to a conflict. Rick grows tired of their fights and declares that he will take them to off-planet therapy to fix their relationship.

At school Morty and Summer discuss how best to deal with the vampire issue when they are greeted by “Tiny Rick”: Rick decided to help them out by putting himself into high-school aged clone of himself temporarily. After killing the vampire (who as it turns out was Coach Feratu). Tiny Rick heads home to transfer his mind into the older Rick’s body, which is stored in a vat in the garage. However, Summer gets a text from Toby Matthews asking if they could have a party at the Smith house, but wants to have Tiny Rick there as well. Tiny Rick decides to stay in his younger body to let Morty and Summer have a party. At the party Tiny Rick performs a song on his guitar, the lyrics of which sound like desperate pleas from the older Rick to get him out of Tiny Rick’s body, but nobody notices except Summer, who realizes something odd is happening.

Tiny Rick quickly becomes popular with the rest of the school, in turn increasing Morty and Summer’s social standing, but Summer becomes increasingly worried that Rick has become trapped in his young body. Morty initially ignores her as Jessica has begun talking to him as a direct result of Tiny Rick, but his suspicions are raised when Rick’s dance solo at the school dance includes lyrics practically begging someone to help him return to his old body. Unwilling to let this continue, Summer hides the wooden stakes they used to kill Coach Feratu in Tiny Rick’s locker, resulting in his expulsion.

Tiny Rick turns the entire school (including Toby Matthews) on Summer. Morty finally has enough, and he and Summer sneak up on Tiny Rick just as he is trying to destroy Rick’s original body and they force him to listen to Elliot Smith music. Rick’s emotional reaction to the music allows him to break free of his younger self’s control, and he gets his grandkids to transfer his mind back to his older body. Once this is finished, he heads down to his underground lair and brutally destroys his other younger clones, with a newfound respect for his current age.