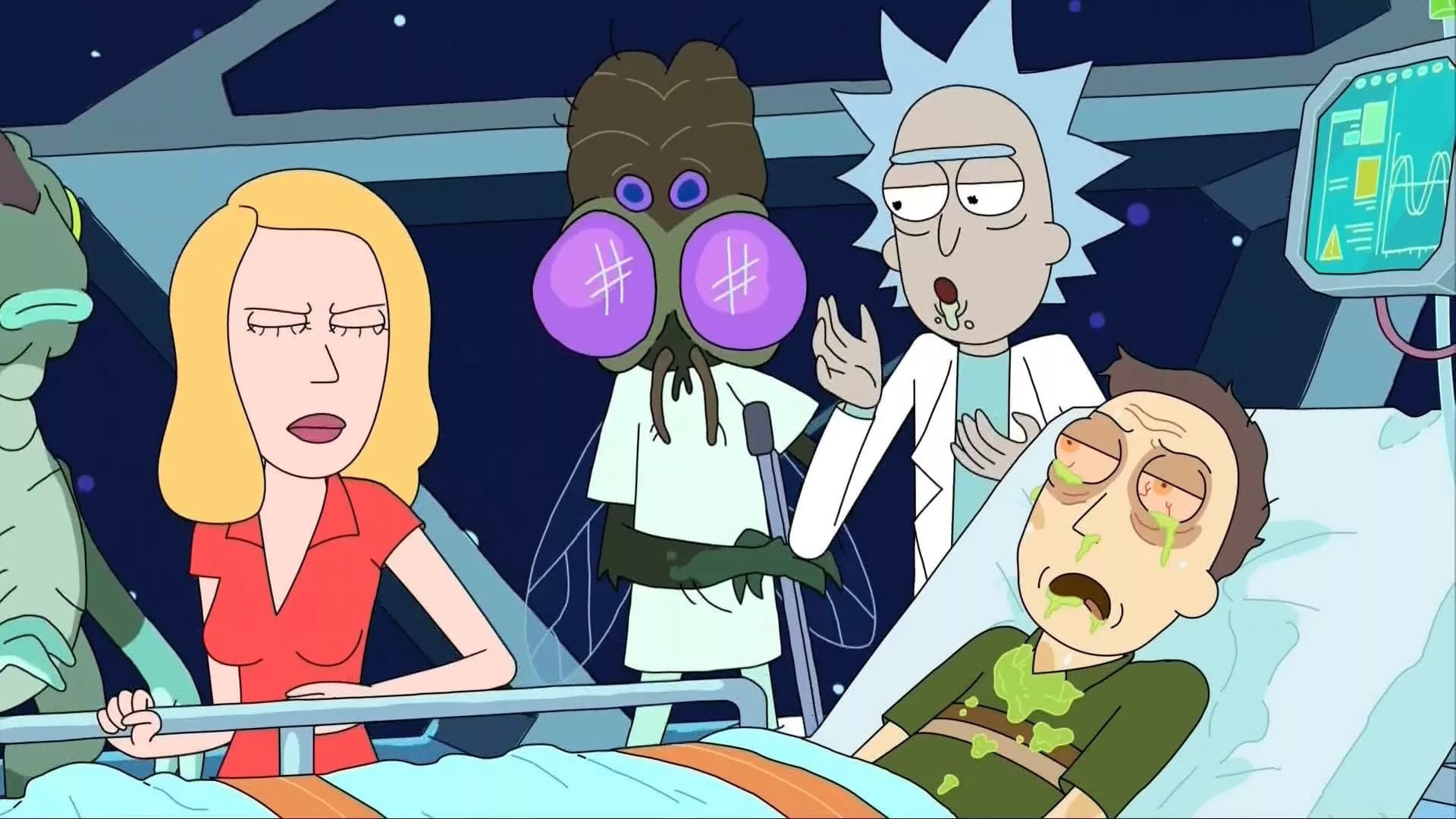 After eating from a pint of Cherry Garcia ice cream which actually contained a dangerous mutant bacteria that was in the second freezer drawer (which belongs to Rick), Jerry is rushed to St. Gloopy Noops Hospital, an institution in space, by his family. While waiting for the results of Jerry’s treatment, Rick, Beth, Summer, and Morty sit in the hospital’s waiting room. Unwilling to watch QCV (an alien version of QVC), Rick jury-rigs the cable box with his inter-dimensional crystal.

After smashing the cable box and hooking up the crystal, a nurse asks him what he is doing to which Rick replies, “A sequel.” After watching “Man vs. Car” (a competition pitting men against cars in a gladiatorial ring) and a commercial for “Eyeholes” (a cereal protected diligently by a spandex-clad alien with a megaphone), a distraught Beth sits down with them in the waiting room.

Jerry wakes in his hospital room, cured of his bacterial infection. His doctor, accompanied by a number of others, explains that the galaxy’s most influential civil rights leader, Shrimply Pibbles, is in the same hospital dying; he can be saved, however, if Jerry donates his sexual organs to Pibbles to act as a heart. An elderly alien in a wheelchair arrives, and he expresses his doubt that Jerry will help him, as Earth culture is built around sex. Upset by the notion, Jerry agrees to donate his organs in an attempt to redeem Earth’s reputation.

After a brief remark by Morty about an odd-looking woman getting coffee, Rick turns to “How Did I Get Here?”, and Morty discovers that the odd woman has disappeared from the waiting room, having suddenly reappeared on top of a streetlamp in the show. The entire family is perplexed by the occurrence, and Rick advises them to “stay away from the coffee machine.” They then watch an ad for “Jan Quadrant Vincent 16” (an action-adventure starring several copies of Jan Michael Vincent).