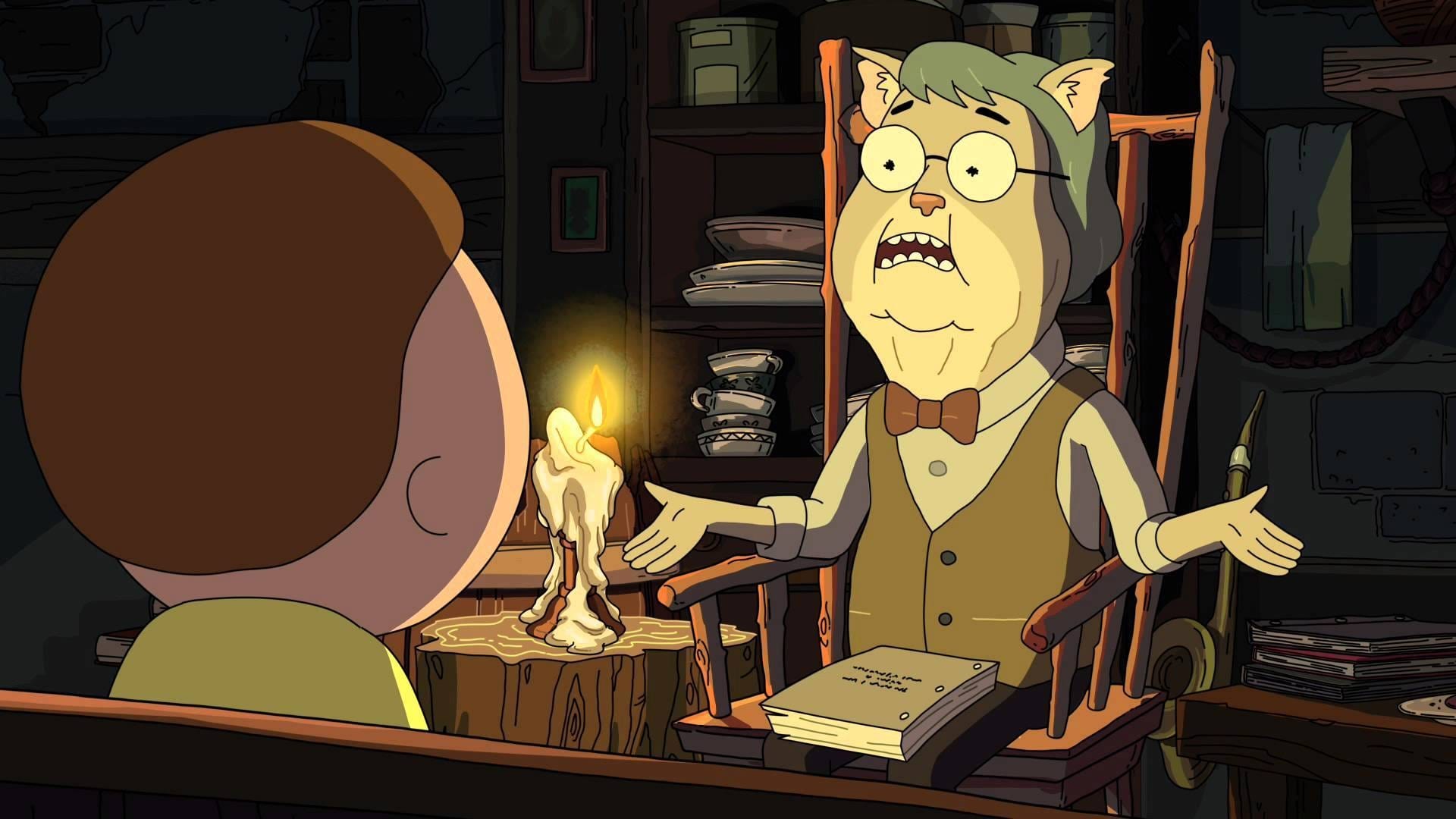 While flying through space, Rick and Morty collide with an interstellar insect which smears on the windshield; when Rick attempts to clean it, the windshield becomes even more smeared, and Rick decides to search for washer fluid on a nearby planet. Upon arriving, Rick discovers that the citizens of the planet sustain their peaceful way of life by engaging in open warfare on one night every year; upon discovering that the aforementioned night (which the citizens call “The Festival”) is that very evening, Rick pleasantly proposes to Morty that they stay and observe the murderous rite.

They succeed in finding wiper fluid, and they depart as the sun sets, flying low over the surface of the planet as the Festival begins. Rick’s enthusiasm for the Festival is quickly crushed by a particularly gruesome death, which sprays copious amounts of blood onto his windshield. As he vomits out his window, thoroughly disgusted by the sight, Morty sees a girl in trouble and demands of Rick that they save her; when Rick objects, Morty blackmails him into complying. Upon landing (on top of one of the girl’s attackers), Rick enthusiastically begins shooting everybody who comes near them. Morty suggests that the girl, Arthricia, wait out the Festival in their ship, and Rick sarcastically agrees.

At the Smith house, Jerry and Summer get into an argument over Jerry’s pointless conversation, and Jerry leaves the room while being heckled by Summer.

Arthricia asks Morty to stop asking her questions about The Festival, leading to an awkward silence. The girl suddenly screams that she has forgotten about her grandmother; the group travels to a ramshackle farmhouse, where, despite his misgivings, Rick follows Arthricia inside. She then double-crosses them: she overpowers Rick, steals his gun and shoots him with it, finally coercing Morty to surrender the ship. Apologizing to him, she flies away into the night, struggling with the controls.

Moving inside the cabin, now on fire, Morty finds Rick wounded on the floor, and helps him out of the shack. A group of people advance on them; when Rick disintegrates one of them, however, they surrender and give him their weapons.