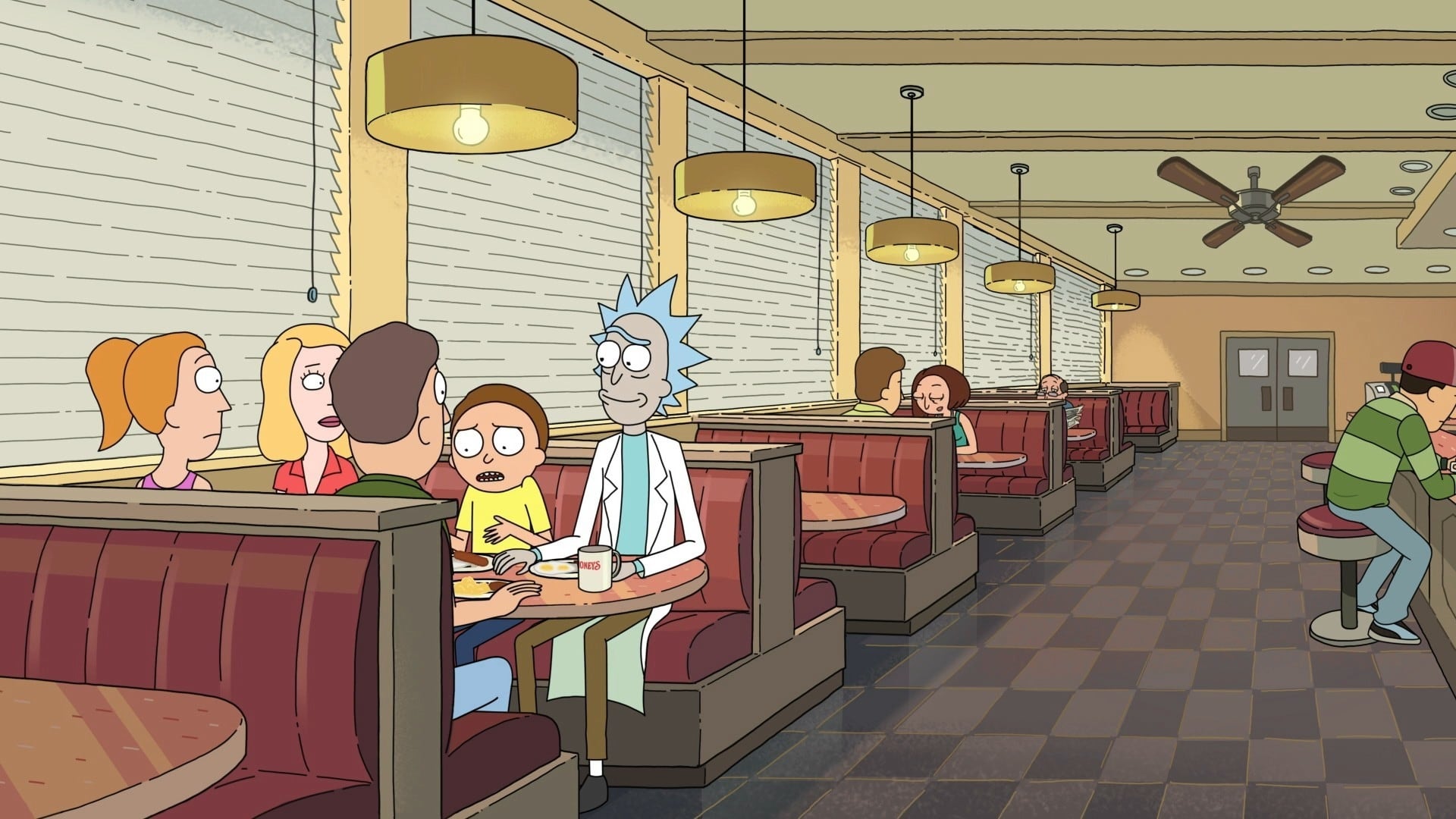 The episode starts out with Rick and his family sitting in a booth at an old fashioned American diner, Shoney’s, talking about Rick’s escape from space prison. Rick smells a rat and orders Jerry to fold himself over 12 times. “Jerry” only manages to contort himself into six folds, revealing that this is, in fact, a simulation based on Rick’s memories.

A Galactic Federation agent named Cornvelious Daniel sitting in the next booth introduces himself and reveals that he has been sent to gather information from Rick’s mind via a brain-link. The agent makes it clear that Rick’s brain will be liquefied at the end of the session, so he might as well revisit his memories one last time.

Meanwhile, Morty and his family are back on Earth, which is now being run by the Galactic Federation. Jerry now works an unspecified occupation, while Beth has lost her own job due to the Federation’s advanced medical knowledge. Unhappy with their current way of life, Summer decides to save Rick and digs up the portal gun buried by Rick in the backyard next to his own alternate-dimension corpse. Morty tries to dissuade Summer from doing so, but when the family’s robot butler Conroy turns hostile and attempts to confiscate the portal gun, Morty transports them all to his “Cronenberg World” family, which he and Rick C-137 abandoned previously.