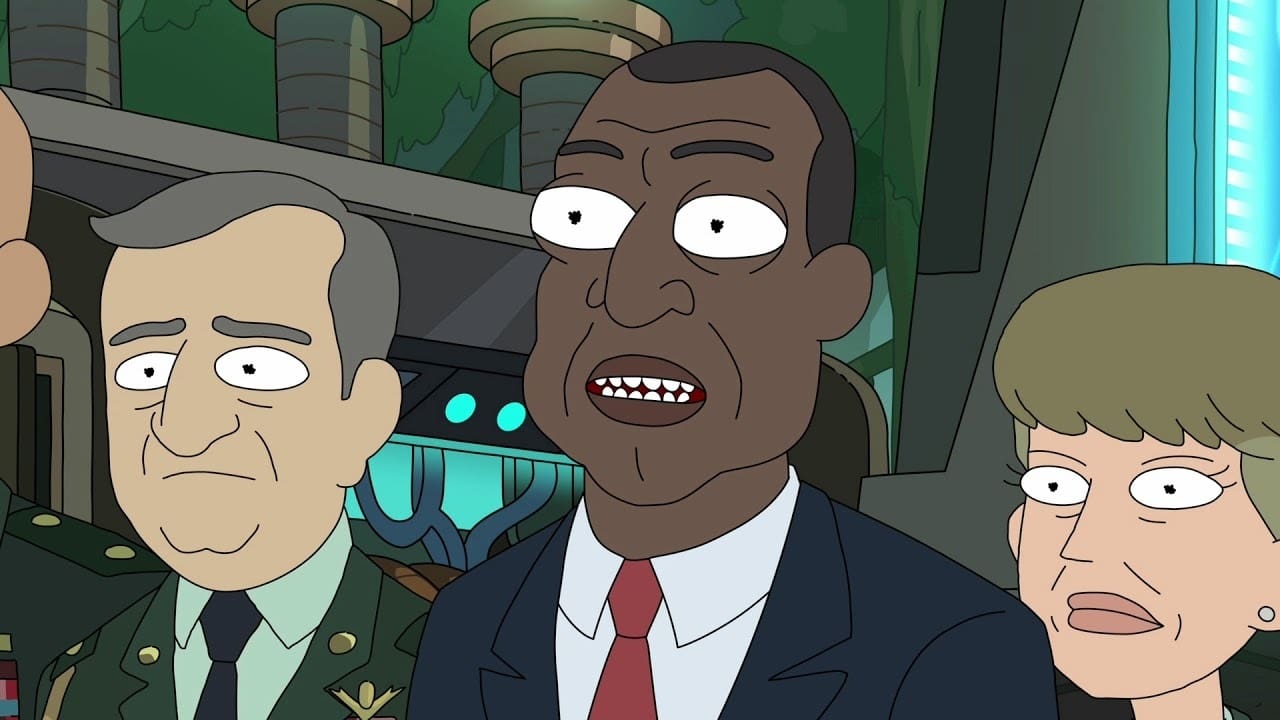 When an unknown monster attacks a janitor in the tunnels under the White House, the President requests Rick and Morty’s help to deal with the threat. Upon arriving at the White House (via Portal Gun), they agree to do so, though the President once again denies Morty’s request for a selfie. After shooting and scaring off the (small) alien creature, Rick and Morty quickly get bored and return home to play more Minecraft. Unfortunately, the Secret Service has been watching them the entire time, and inform the President that Rick and Morty “just blew off America.”

Seeing Rick and Morty at their home via satellite (complete with thermal imaging), an unhappy President calls them on their progress regarding the monster. Rick and Morty lie about their progress, but the President calls their bluff, and an argument erupts over the two’s constant law breaking despite saving the world several times. The two cut ties with the President, and in private, he is visibly heartbroken.

Meanwhile, Summer and Beth are shopping, with Beth giving her daughter very good advice on her choices. Summer reacts positively to her mother’s new behavior, saying that she couldn’t stand her old negative behavior before, as if she’s an almost different person. Beth, however, reacts badly to it.

When a miniature civilization is discovered in the Amazon rainforest, Rick and Morty travel to Brazil to investigate. At the same time, however, the U.S. Government arrives claiming jurisdiction. When Rick and Morty protest, the President has them arrested and shrinks down to negotiate with the civilization. Once he leaves, Rick and Morty break free of their restraints (made of the fake element “Sanchezium”) and quickly escape from being surrounded by pirates, one of the few things Rick fears.

Back at home, Beth continues to question her status as a clone, and calls Rick to confirm it. Though Rick assures her she is not a clone and would kill her clone self should it become aware of the fact, it only fuels her growing paranoia.

Upon arriving at the Mega Gargantuan civilization, the President is disappointed to learn that Rick and Morty have already negotiated a peace treaty with their Presidentress. Once back to his normal size, the President declares war on Rick and Morty, growing even more upset after learning that they had also negotiated a permanent ceasefire between Israel and Palestine and gave him all the credit.