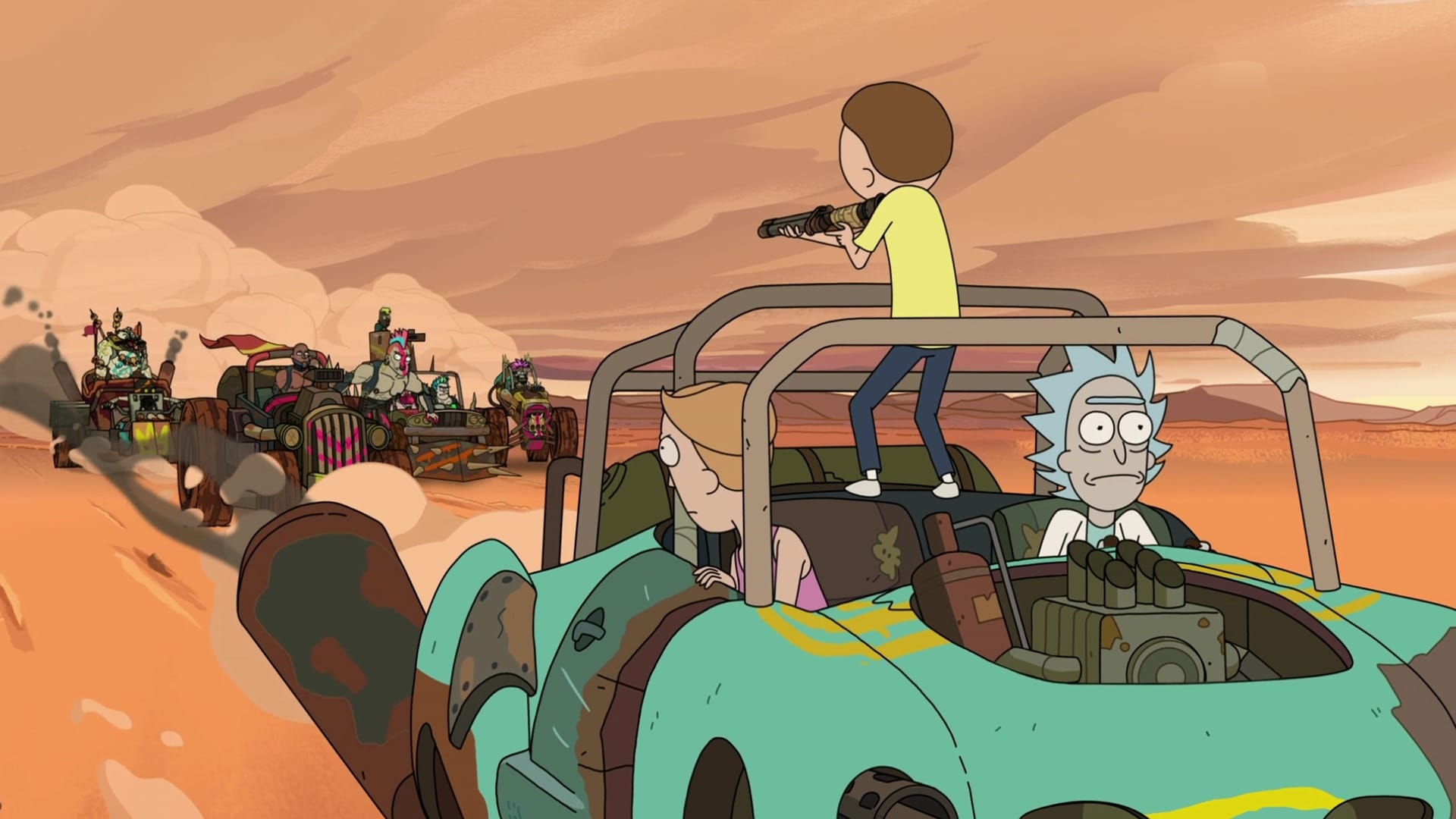 Rick, Morty, and Summer fall through a portal back into their garage after another adventure, just as Jerry shows up at the garage door to say goodbye to his children. Though Morty tries talking to his father, Summer ignores him and asks Rick to take her somewhere else, with Morty reluctantly joining them. Beth comes into the garage looking for Morty and Summer but promptly leaves after seeing Jerry. As Jerry pathetically stands outside the house, the wind quietly calls him a loser.

Rick’s portal takes him and his grandchildren to a diesel-fueled post-apocalyptic Earth, filled with dieselpunk cars, shotguns, and cannibals. Rick’s main goal is to retrieve the powerful Isotope-322, but the adventure is sidetracked by Summer becoming enamored by this dimension, killing the leader of the Death Stalkers and forming an alliance with them. Though Rick and Morty initially want to go home, Rick sees the Death Stalkers have a large rock-form of Isotope-322 and decides to stick around so he can steal it.

While Summer goes off to kill some people, Rick tries to get Morty to make a distraction by being a ringer in the Thunderdome (or Blood Dome, as the Death-Stalkers call it). Rick inserts a serum that extracts muscle memory from body parts into Morty’s arm to give him combat skills, but “muscle memory” apparently includes the memories and personality of said body-parts, giving Morty a left arm with enormous strength that punches Rick before beating up and killing various Death Stalkers in the Blood Dome. Though Morty initially does this against his will, he soon begins venting his frustrations against Jerry for agreeing to the divorce through the arm. Rick tries to get Morty and Summer to leave before the Death-Stalkers notice he stole Isotope-322, but Morty’s arm reveals the theft, forcing Rick to pull out his laser gun, telling the viewer that they will be right back