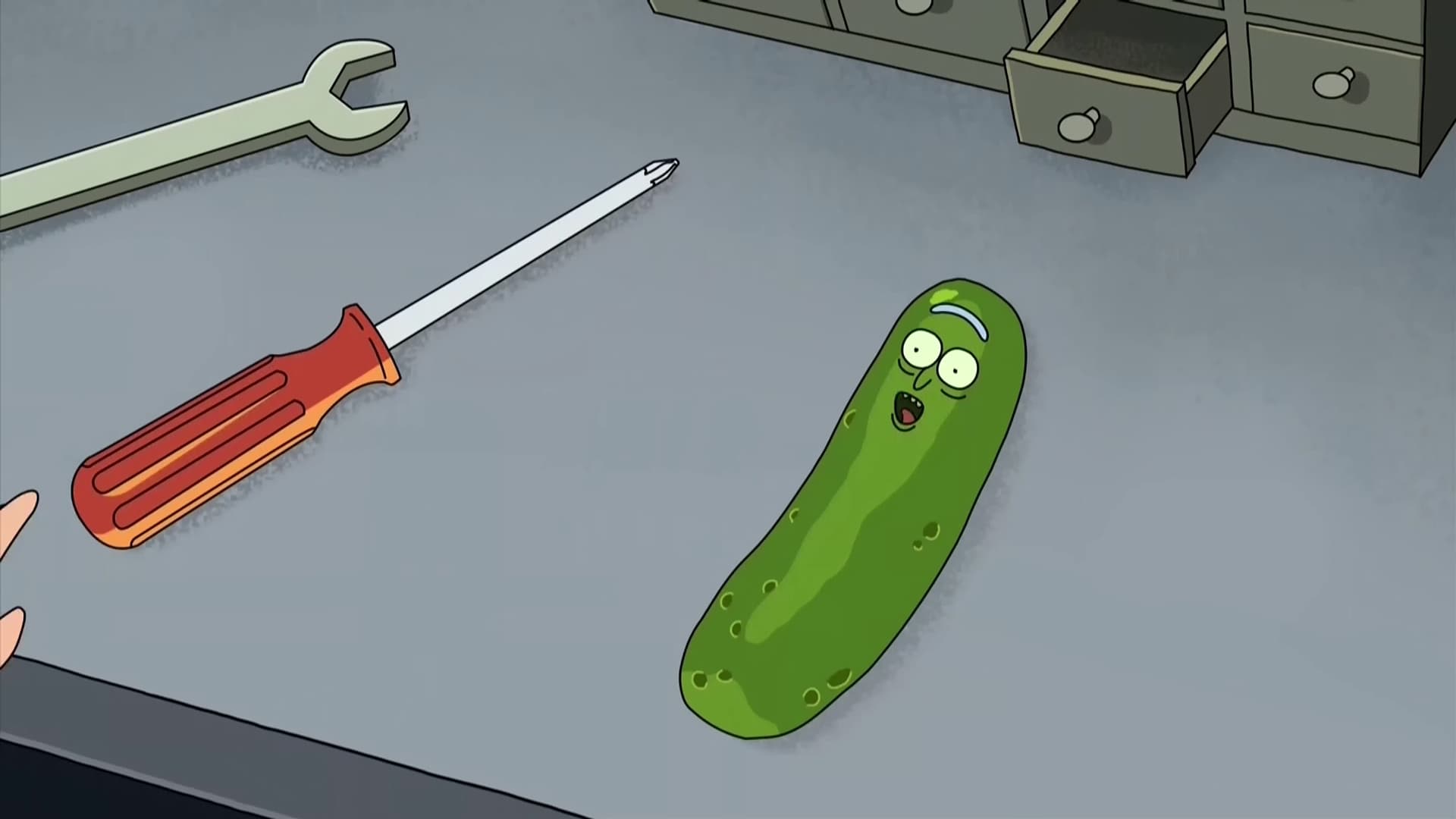 Morty is preparing himself for a school-advised therapy session in the bathroom when he hears Rick’s voice. He follows the voice to the garage to find that Rick has turned himself into a pickle “because he could.” Beth and Summer appear and notice Rick’s pickle status as well. Morty suspects that Rick did this to avoid going to the therapy session, noticing a dangling syringe rigged to inject Rick the moment the others leave. Rick denies the idea of getting out of going and claims the syringe to be irrelevant. In response, Beth removes the syringe, puts it in her purse, and leaves with her children.

Now alone on the table, Rick starts making random sounds when a cat named Izzy appears. Rick tells the cat to back off stating that he has seen Youtube videos with cats attacking pickles because cats are afraid of snakes and think pickles are snakes. The cat knocks Rick over, pushing him outside of the garage and exposing Rick to the sun. Rick grudgingly states how dying in a pickle-form from the heat is the mega-genius equivalent of dying on the toilet. Fortunately, a timely rain shower saves him from that fate.

However, the resulting rush of water flushes Rick into the sewer drain forcing him to survive in the sewers. Rick creates a bit of pickle juice and lures a cockroach towards him. The cockroach is killed by Rick with a bite to the head and he removes part of the cockroach’s head. Rick uses the brain of the cockroach to propel himself forward.