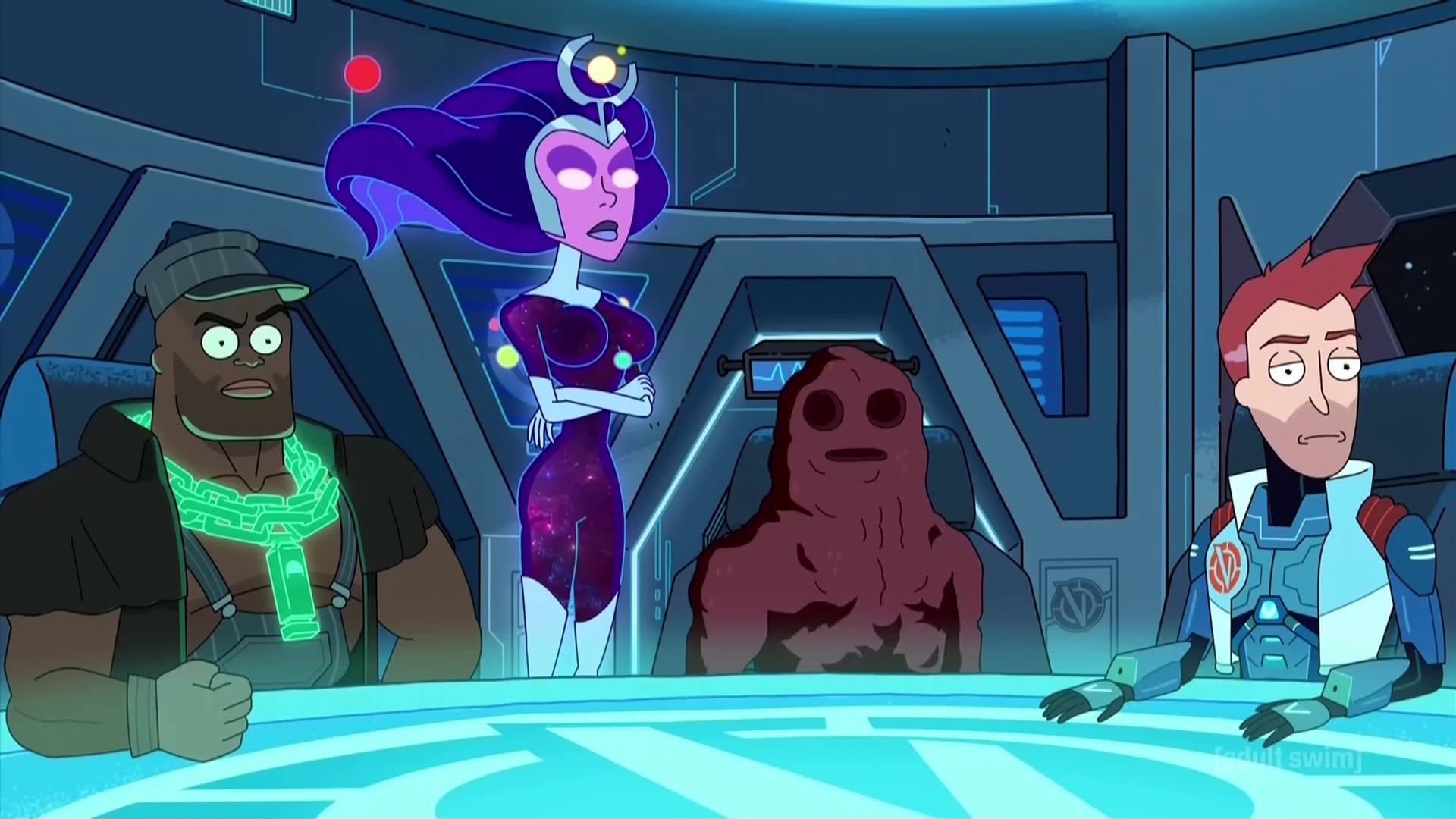 
Plot : Vindicators 3: The Return of Worldender

Rick and Morty start off in the garage cleaning up multiple worm-like creatures that Rick states cannot be allowed to get into the food chain. A crystal on the shelf starts to glow and Morty points out that it is the Vindicators calling to help save the universe again for what appears to be the second time. Rick outright refuses to answer an actual call to adventure, but ultimately relents because Morty brings up the fact that he gets to pick every tenth adventure.

Rick and Morty are then seen sitting at a conference table getting briefed by Supernova on the threat of Worldender. Rick ends up heckling them at first then introduces every member of the Vindicators there except for Vance Maximus Renegade Star Soldier, who then shows up and seemingly charms everyone except Rick.

It is then revealed that this is actually the third time the Vindicators had assembled and that they didn’t invite Rick and Morty the second time due to a “personality conflict” with Rick and the rest of the Vindicators, which resulted in the deaths of three members of the Vindicators (Lady Katana, Calypso, and Diablo Verde).

Rick then gets blackout drunk and we next see him pantsless and having gotten diarrhea all over the conference table the following morning. This mess is left to be cleaned up by Noob Noob instead of him going on the mission with the rest of the Vindicators. Then, Vance gives Morty a Vindicators vest as to symbolize he is a welcomed member of the Vindicators.