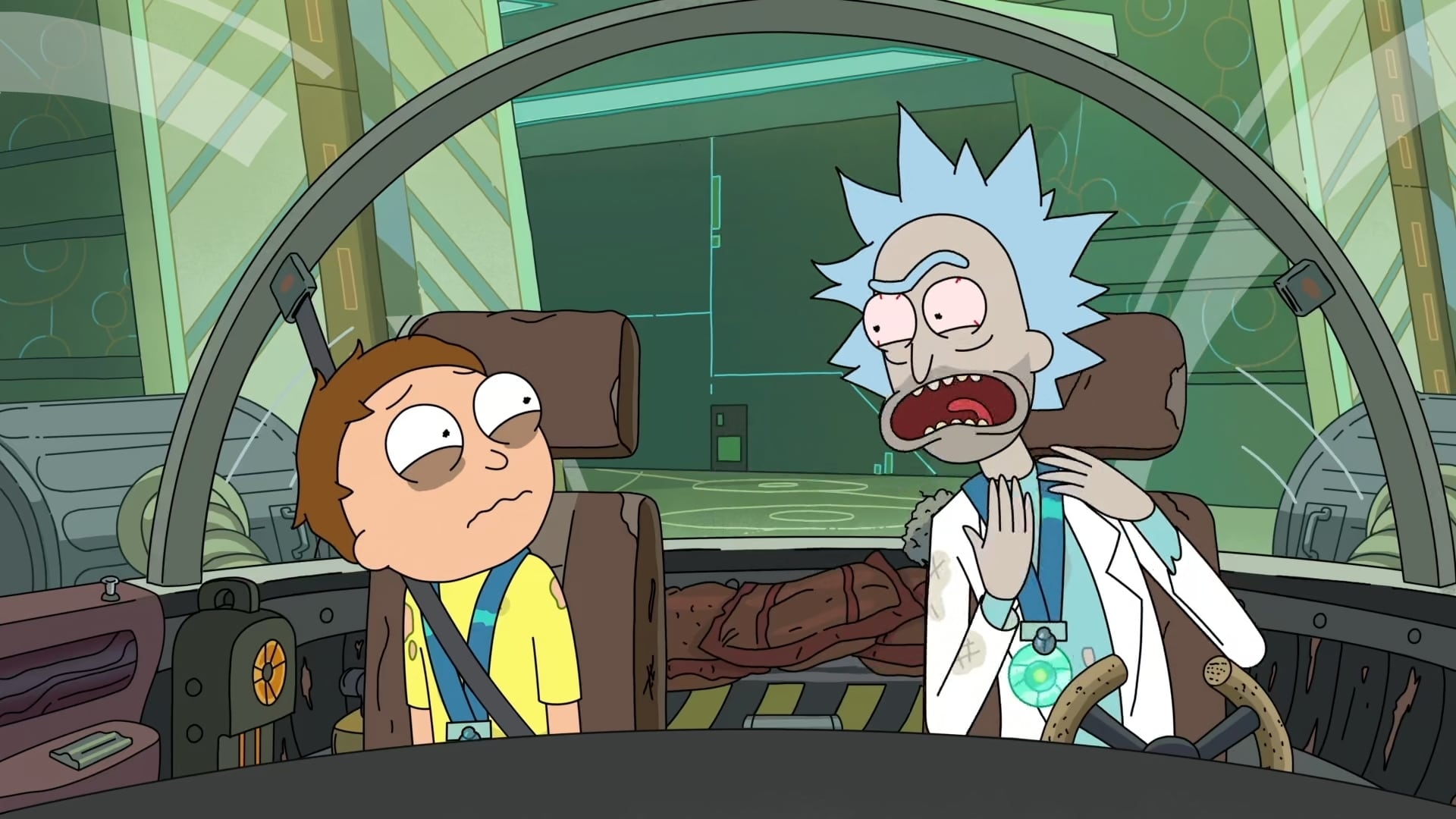 The episode begins at school, where Morty hears that Jessica broke up with Brad, and attempts to ask her out. The moment is interrupted by Rick, who asks Morty to go with him on what he promises to be a quick twenty-minute adventure for a crystal. Said adventure goes on for six days and, despite being heroes and Rick getting the crystal, both Morty and Rick finally break down. Over-stressed from non-stop adventures, Rick finally decides it’s time for a vacation.

While relaxing at an alien spa, they decide to try out a machine that supposedly removes all the toxicity of its users. Upon use, Rick and Morty find themselves in a toxic wasteland full of disgusting creatures, at first believing the machine blew up the rest of the spa, only for Rick to discover that they aren’t the real Rick and Morty: they are literally the toxicity of themselves, Toxic Rick as the rude, lying, alcoholic, genius asshole part of himself and Toxic Morty being the nervous, pathetic, and self-loathing part of himself. While the real Rick and Morty leave the spa refreshed after their vacation–Rick also has a normal skin color instead of his gray-alcoholic skin color–Toxic Rick begins plotting a way to get out.

Morty, freed from all his insecurities, suddenly becomes popular and confident in school, helping the self-esteem of almost all of the students and impressing Mr. Goldenfold by openly insulting him in class. He even works up the courage to ask Jessica out, which she happily accepts. However, Rick reveals to Morty he started receiving strange signals on his phone that he traced back to the spa and upon further investigation discovered what actually happened to their removed toxicity. Though Morty tells him to ignore it, Rick feels obligated to re-merge with his toxicity as he removed the part of himself that would not care, thus he does care that they accidentally created life.

Morty’s date with Jessica does not go well, as Jessica is thrown off by Morty’s complete openness and seeming inability to stop talking. Morty is fine with it and convinces another girl named Stacy to come home with him. Upon arriving, he learns Rick purchased the machine from the spa and in cooperation with Toxic Rick and Toxic Morty rigged it so they could re-merge with their toxic selves. Morty refuses, claiming that Toxic Rick could be lying, so Rick tries to force him into the machine. However, just as the machine is activated, Morty says an agreed upon “safe word” (Sea Cucumber) and Stacy pulls the two out and takes their place, teleporting her into the tank and replacing her with Toxic Rick and Toxic Morty, who revel in having tricked their real selves until they realize they are all in the same room.