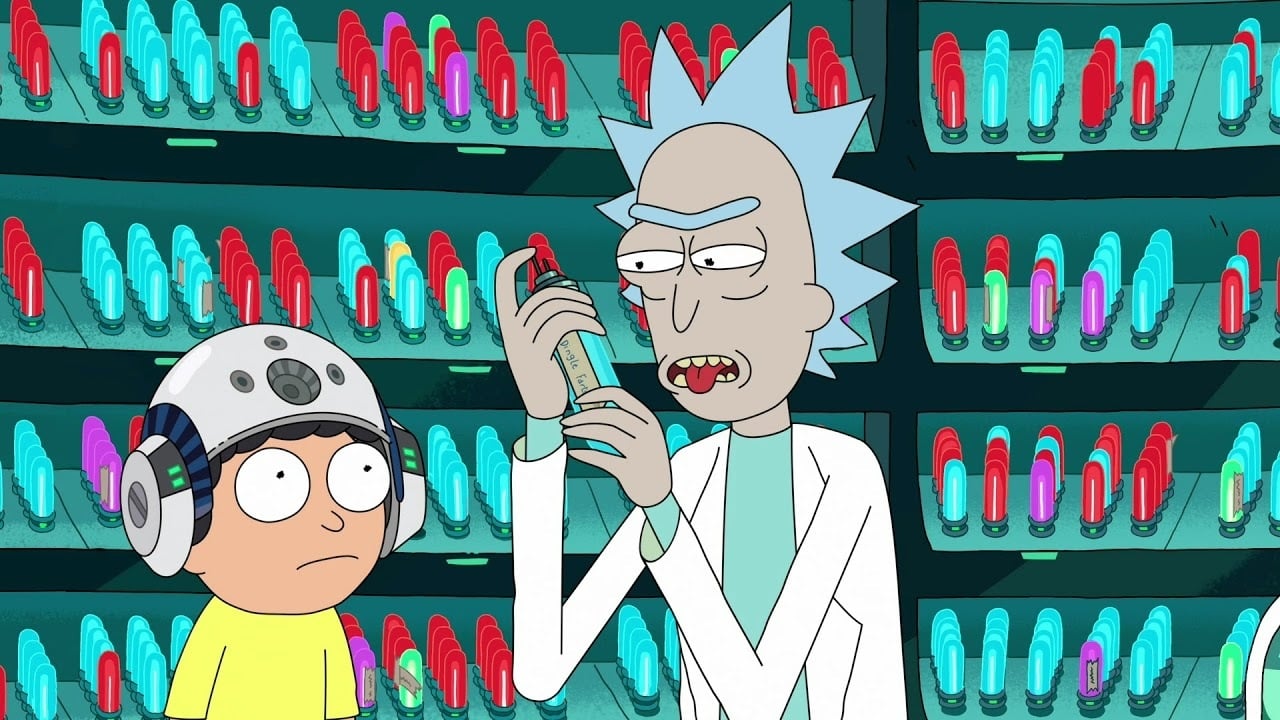 The episode starts off with Rick and Morty on the run from a strange humanoid creature set in a world similar to M.C. Escher’s painting “Relativity” in which there are stairs all over the place and the rules. Morty is seen holding a turtle-like creature named the “Truth Tortoise.” Morty looks at the Truth Tortoise, despite Rick’s warnings, and causes Morty to drop the creature in a void. The place collapses, but not before the duo escapes.

Both of them arrive to the Smith residence. Rick wants both of them to watch Interdimensional Cable, but Morty complains about the looping memory in his head and asks Rick to erase the memory off his mind. So Rick leads Morty to a secret chamber underneath the garage, which contains various tubes that archives memories Morty wanted Rick to remove. Rick calls them “Morty’s Mind Blowers” hence the title, then faces the audience telling them that they will be doing this instead of watching Interdimensional Cable.

Morty asks Rick how long he ever wanted to remove certain memories, and Rick just replies that he wanted to “ever since your (Morty) mind was blown.” Rick grabs a blue tube and nicknames it “Moon-spiracy” just before Rick activates the helmet and places the tube on the hole of the helmet.

The memory starts off with Morty and a telescope just outside their front lawn. Morty at first admires the American flag planted on the lunar surface before he notices a strange figure standing in a mid-stride walking pose. He then goes and tells his family, but nobody, including Rick, believes him; they suggest that it was merely a smudge on the lens. He then finds out that Mr. Lunas is, in fact, a real person, as he comes to Morty’s high school to work as a guidance counselor.

Later on, Morty snaps pictures of Lunas, planting an American flag in his yard, and tells Principal Vagina that he thinks Lunas is “up to something” and “lives on the moon.” Vagina takes this as a metaphor for pedophilia and goes outside to the parking lot to confront Lunas, ending in Lunas getting punched in the face. As a result of this accusation, Lunas goes home and commits suicide, which Morty finds out about from the ambulances outside of Lunas’ home. Morty later eavesdrops on Lunas’ funeral, where it is learned that Lunas served in the Marine Corps, and that “from a certain angle, some people would say he looked like a smudge.” Morty then runs home and sees that there is, in fact, a smudge on his telescope lens, realizing that he inadvertently drove Lunas to kill himself.