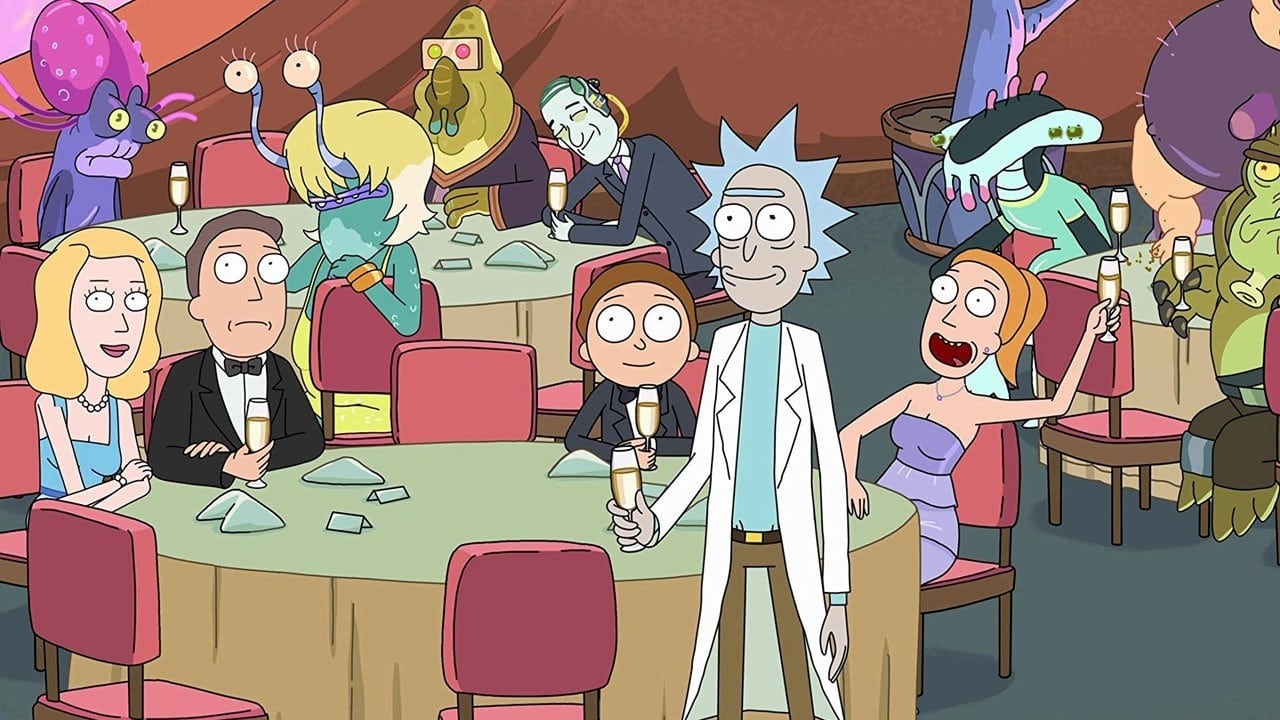 After learning on the news that convicted child murderer Joseph Lipnip is set to be executed by lethal injection tonight for eating his son Thomas Lipnip, with his execution already drawing dozens more spectators, Beth remembers how she tried to cope with his disappearance by imagining that he got lost in her imaginary world called “Froopyland” and laughs at how silly it was. Rick then gets offended and reveals her “imaginary world” was actually one of his inventions created for her to play in. Beth realizes this means that Tommy might actually still be trapped in there and enters the realm with Rick. As Beth argues with Rick about spending her childhood in the “glorified chicken coop” instead of by his side, Rick is captured and nearly fed to the offspring of a giant bird-like creature, losing an arm in the process.

After fighting off the bird and her babies using a new mechanical arm, Rick and Beth discover that the lifeforms have been created and corrupted using human DNA, indicating that Tommy is indeed still trapped in the dimension. Beth theorizes that Tommy committed intercourse with the Froopyland creatures in order to produce children of which he would consume in order to sustain himself and Rick adds that it is also likely that the less appetizing of them (for Tommy) would worship Tommy as their god. Rick’s assumption is revealed to be true once the two are captured by a group of Tommy’s children (human/Froopyland creature hybrids).

Upon being captured and brought before Tommy, they learn (to no surprise) that he has become the dimension’s de facto leader and commits incest with his children as well as cannibalism to survive, just as Rick and Beth figured out. However, Tommy reveals in a play that Beth was the one responsible for trapping him in Froopyland, out of jealousy for his own father. Following the play, Tommy decides to give a “demonstration” on how he nourishes himself in Froopyland, to which Rick responds out of disgust by quickly leaving with Beth in tow.

When Beth asserts that their “adventure” is not over, Rick tries to justify keeping Beth in Froopyland for most of her childhood by saying that she was “a scary fucking kid” that frequently asked him to make borderline, if not blatantly, psychotic toys and devices to use on the neighbors’ kids. Beth tries to blame Rick for her actions, claiming that she only did it so Rick would spend more time with her, and she resolves to save Tommy from the dimension. But when she refuses to apologize for trapping him in Froopyland,

Tommy refuses to leave and sics his children on her, causing her to go into a defense-induced killing frenzy, during which she presumably kills Tommy. Beth returns with his severed finger and Rick and Beth create an adult clone of Tommy in order to save his father from lethal injection. Pondering her life and finally confronting Rick, Beth discovers she has two options: leave the family to travel the cosmos while Rick replaces her with a clone, or stay with the family and be content with the life she has chosen. Her decision is left ambiguous.