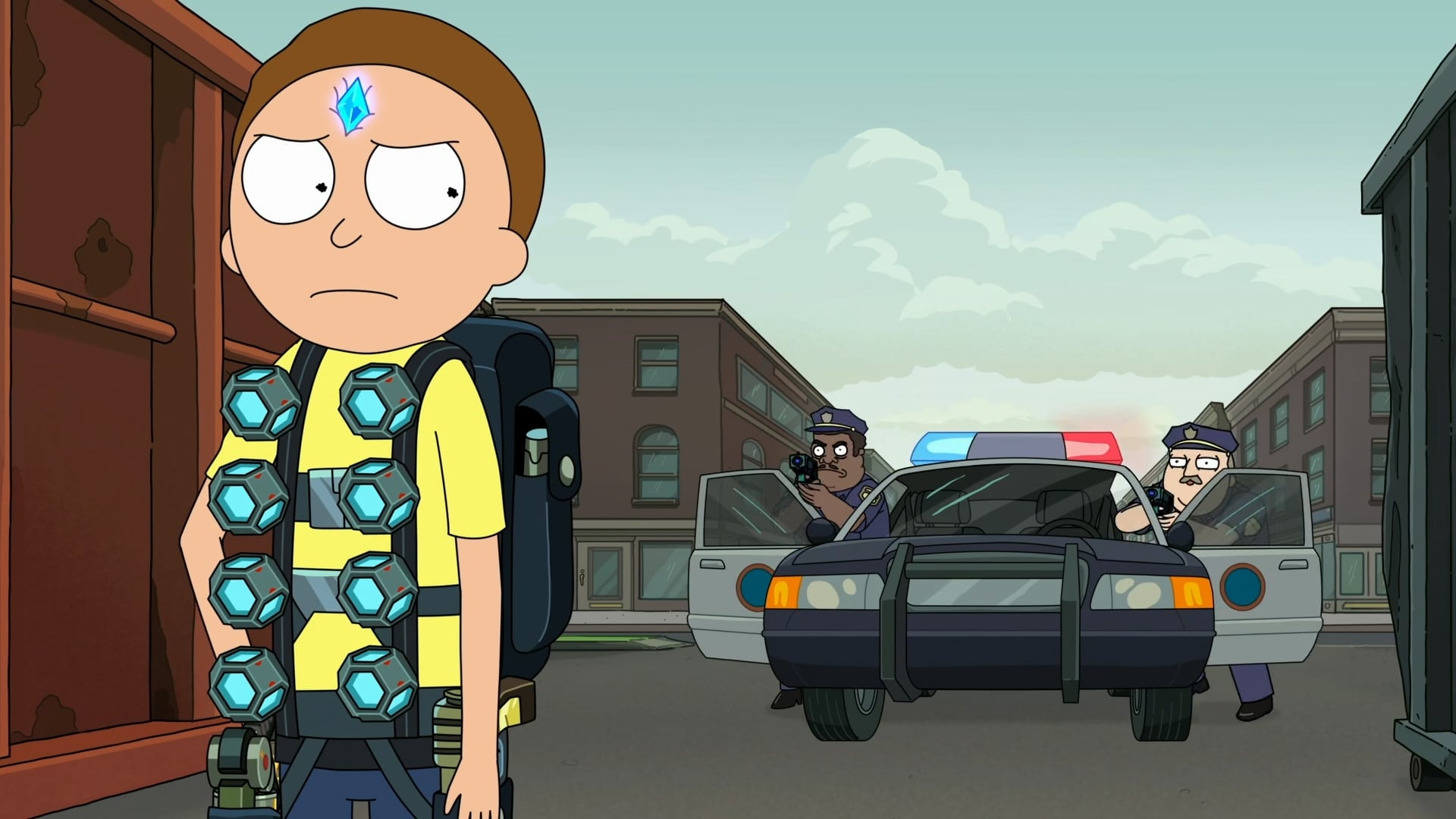 The Smith family enjoys breakfast as Rick wants to take Morty on an adventure. Beth and Jerry, unhappy, tell Rick to respect Morty. After reluctantly apologizing and nicely asking, the two go to Forbodulon Prime to find death crystals, small crystals that allow the holder to see the possible deaths they can encounter. Morty unknowingly steals one from Rick as he uses it to get his best future outcome. In this outcome, he is lying in bed as an old man as Jessica tells him she loves him.

After fighting over the wheel, the ship crashes as Rick is flung into a spiked rock, killing him. A hologram of Rick appears as he explains to Morty how to bring Rick back. Morty disobeys, taking the ship.

Meanwhile, Rick revives in another reality, due to Operation Phoenix, carrying out in a in a loop of realities. Much to his annoyance however, each reality that he reincarnates in is a reality where extreme fascism rules, and is forced to commit a repeat series of mass murder and suicide to reach a reality peaceful and politically stable enough for that reality’s Rick and Morty to help him return to his own.

Back in the main reality, Morty, being guided by the death crystal he stole, experiences trouble back home and becomes determined to have the reality where he dies next to Jessica to come true. He travels back home and, guided by the crystal, is lead on to do rather bizarre and outlandish things to ensure the outcome. Upon mistakenly riling an extremely violent local school bully, the situation escalates, pushing Morty to access Rick’s arsenal, grab several high powered weapons and takes all of Rick’s Mr. Meeseeks boxes (except for the “shitty Kirkland brand Meeseeks boxes”). He then deals with the bullies, and soon goes on a bloody rampage as the police and even the army become involved, but due to the crystal, he is able to avoid a quite lengthy and certain death sentence, resulting in the presiding judge to declare him innocent and later commit suicide due to Morty’s words. Then, on live television, he hesitently let out a cognitohazardous howl, the frequencies of which swayed the undivided focus of anyone listening and convinced them to completely forgive his actions and rendered the entire massacre canonically irrelevant.