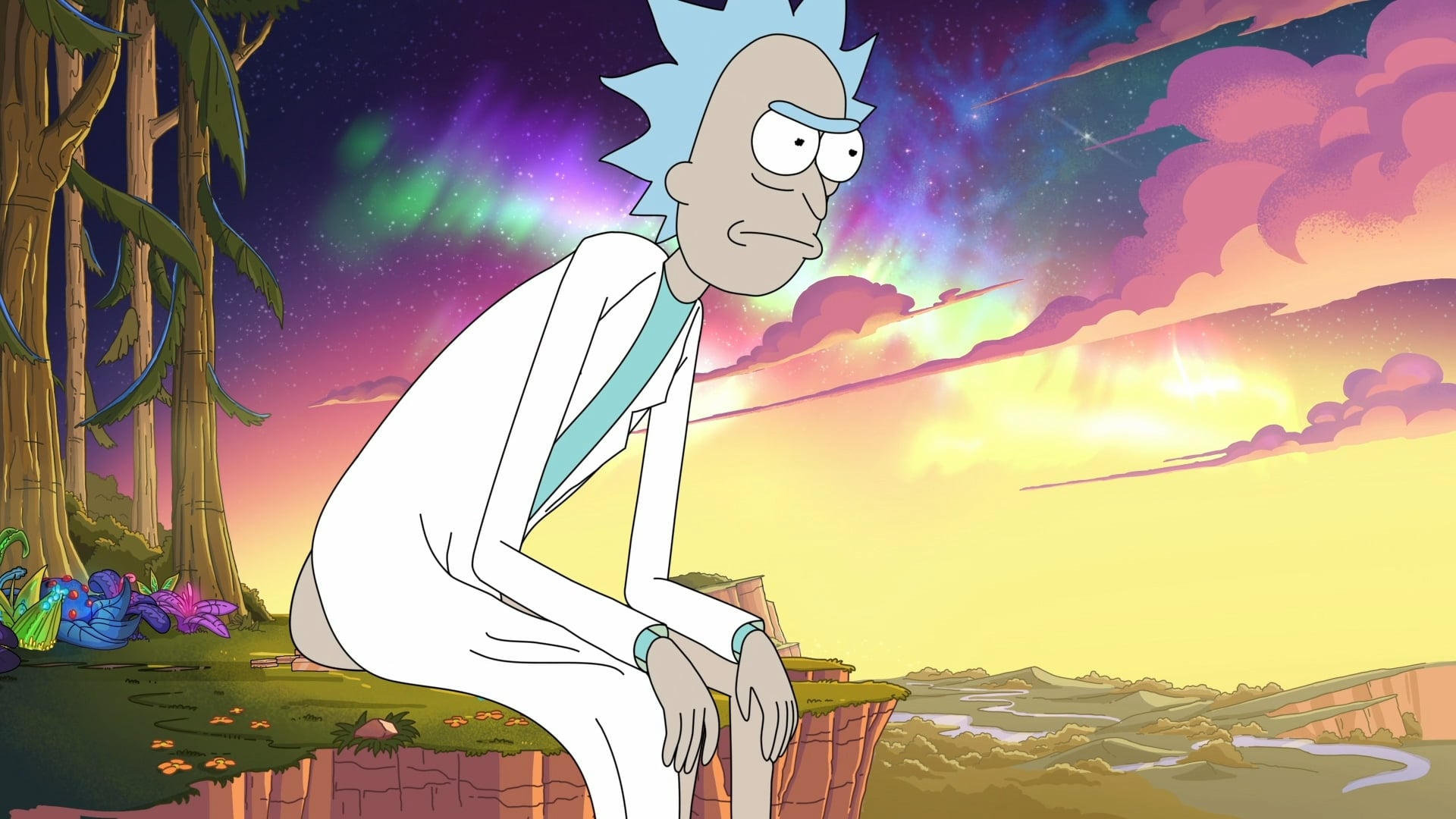 
Plot : The Old Man and the Seat

At breakfast, Rick runs out of syrup for his pancakes and gets his intern, Glootie, to give him some more. On Glootie’s forehead is a tattoo that says “DO NOT DEVELOP MY APP”. While Glootie persistently asks the family if anyone would like to develop his app, Rick dismisses him and when Jerry asks why the message was tattooed on Glootie’s head, Rick specifically says it’s so Jerry doesn’t do develop Glootie’s app. Done with breakfast, Rick alludes to going to the bathroom in a roundabout way. As soon as he steps out of the room, however, Summer explains that Rick is a “shy pooper” and elaborates on how shy he is in detail, even telling the rest of the family he has a special pooping place. Jerry smugly states that he’s not a shy pooper like Rick, to sarcastic congratulations.

After he finishes with his own toilet business, Jerry loiters by Glootie who is photocopying something. They get into a short conversation about developing Glootie’s app without really explaining what it is. Jerry immediately jumps to agree to develop Glootie’s app with bare minimal persuasion.

On a gorgeous lush planet with beautiful exotic plant life and landscape, Rick lands his ship on a sparkling beach. He wades through tall grass while inhaling the air and goes through a forest with thick tall trees before reaching a toilet seat on a short platform. While enjoying the breathtaking view with its glittering aurora borealis-like light display in the night sky, running glistening stream nearby, gentle breeze, and distant calls of the wild, Rick takes a poop in isolation.

After he’s done he washes his hands under a small, natural waterfall, he spots a suspiciously broken tree branch a few feet away. Rick pulls out an instrument to analyze which of the inhabitants of the planet could’ve broken it, but the results are unknown. Furious, Rick lets out a whaling cry. One of the alien animals approaches in response, and Rick turns one of its antlers, revealing it to be a robot of some kind. The creature trots to a tree and connects with it, which opens an elevator in the tree. Deep underground, Rick has a high tech setup. Using a computer, he analyzes the matter that didn’t come from him and finds out it’s from a specific sandwich an unidentifiable intruder digested earlier.