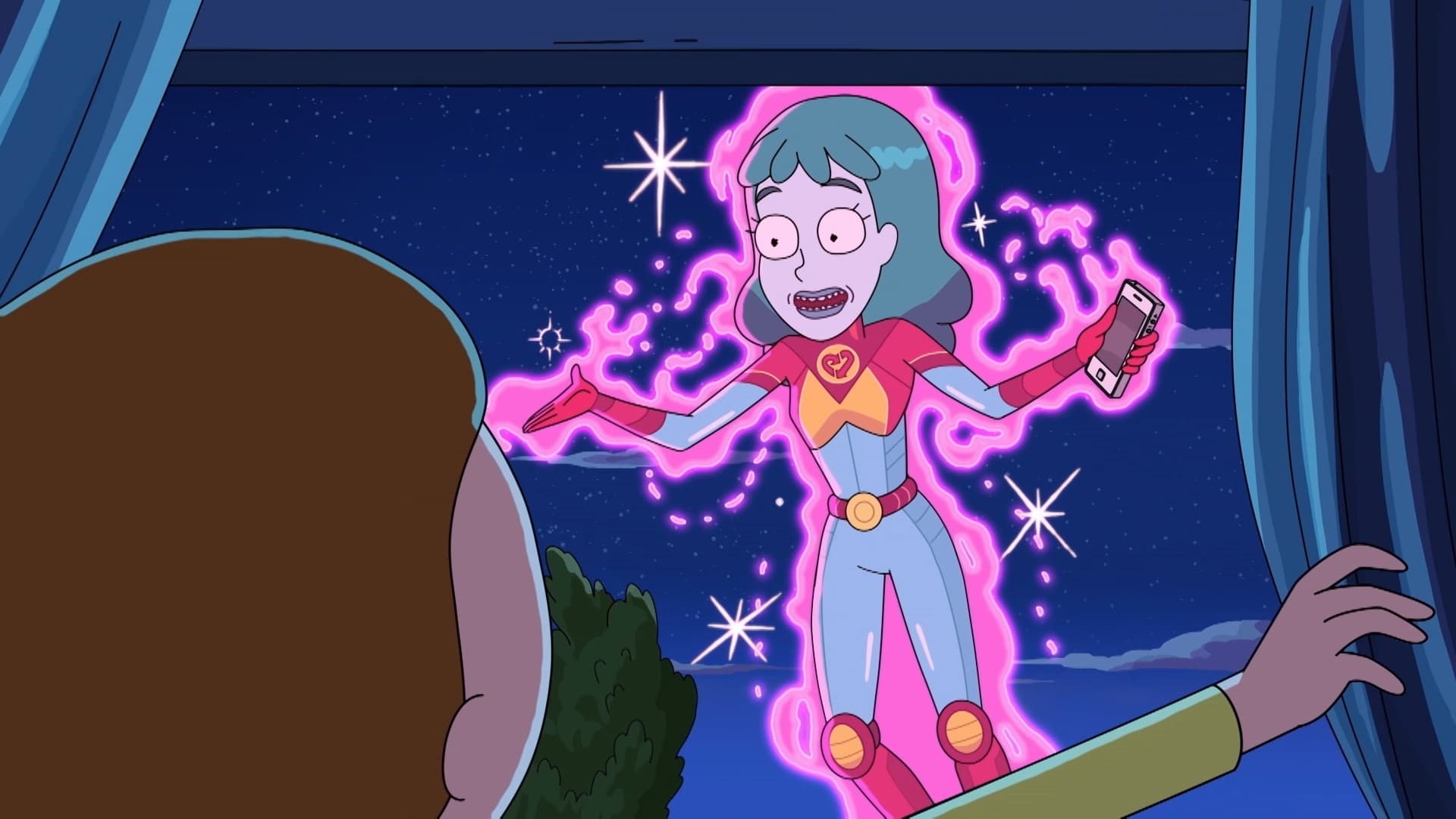 While out buying custom t-shirts, Rick and Morty are assaulted by acid rain caused by a cartoonish villain named Diesel Weasel. He is attacked by a Captain Planet-esque superhero named Planetina, who defeats him with her elemental powers, impressing Morty. When Rick tosses an aluminum can on the ground, Morty recycles it, attracting her attention. He awkwardly invites her on a date, to which she accepts, flying away with him and shocking Rick.

At breakfast sometime later, Beth expresses concern at the idea of Morty dating a woman who looks much older than him, which he shrugs off. Summer laments Morty’s success with women while she has been recently broken up with, and Rick invites her on a bar crawl across three planets that are all about to end via natural disaster, to which she accepts, despite Jerry’s objections. Morty receives news of a wildfire and ignores Beth’s protest, going to it with the hope that he may see Planetina.

He arrives just as she stops the fire and the two express their mutual attraction to each other. She mentions having “kids,” but is actually referring to the Tina-teers, four people who carry elemental rings and summon her using them. The Tina-teers arrive on the scene, and Morty realizes that they control, exploit, and profit off of Planetina. While Planetina is being interviewed by a news team, the interviewer notices Morty and asks if they are dating. Planetina hesitates, but Morty claims that they are, to her delight.

As they fly to the first planet, Rick and Summer make a “no attachments” deal in regards to any sexual encounters they may have. They arrive at the first planet, Morglutz. While there, Rick finds himself attracted to an alien named Daphne, and goes off to have sex with her. Summer shouts after him to have fun and reminds him to not get attached.

At night, Morty stays up flirting with Planetina over text. He thanks her for the flowers she sent him, which are a massive amount grown to look like his face. She appears outside his window and the two have sex. As Summer and Rick leave Morglutz and the planet is destroyed, she hears a noise coming from the trunk, which Rick brushes off.

At a convention called Eco-Con, the Tina-teers summon Planetina to host a panel, but Morty is taken with her during the summoning, the two still asleep together. The Tina-teers dispel her and security drags Morty away. The fire elemental, Eddie, assures the dirt elemental that he will deal with Morty. On the second planet, Slartivart, Summer realized Rick has taken Daphne with him, leaving her furious at the violation of the rules.