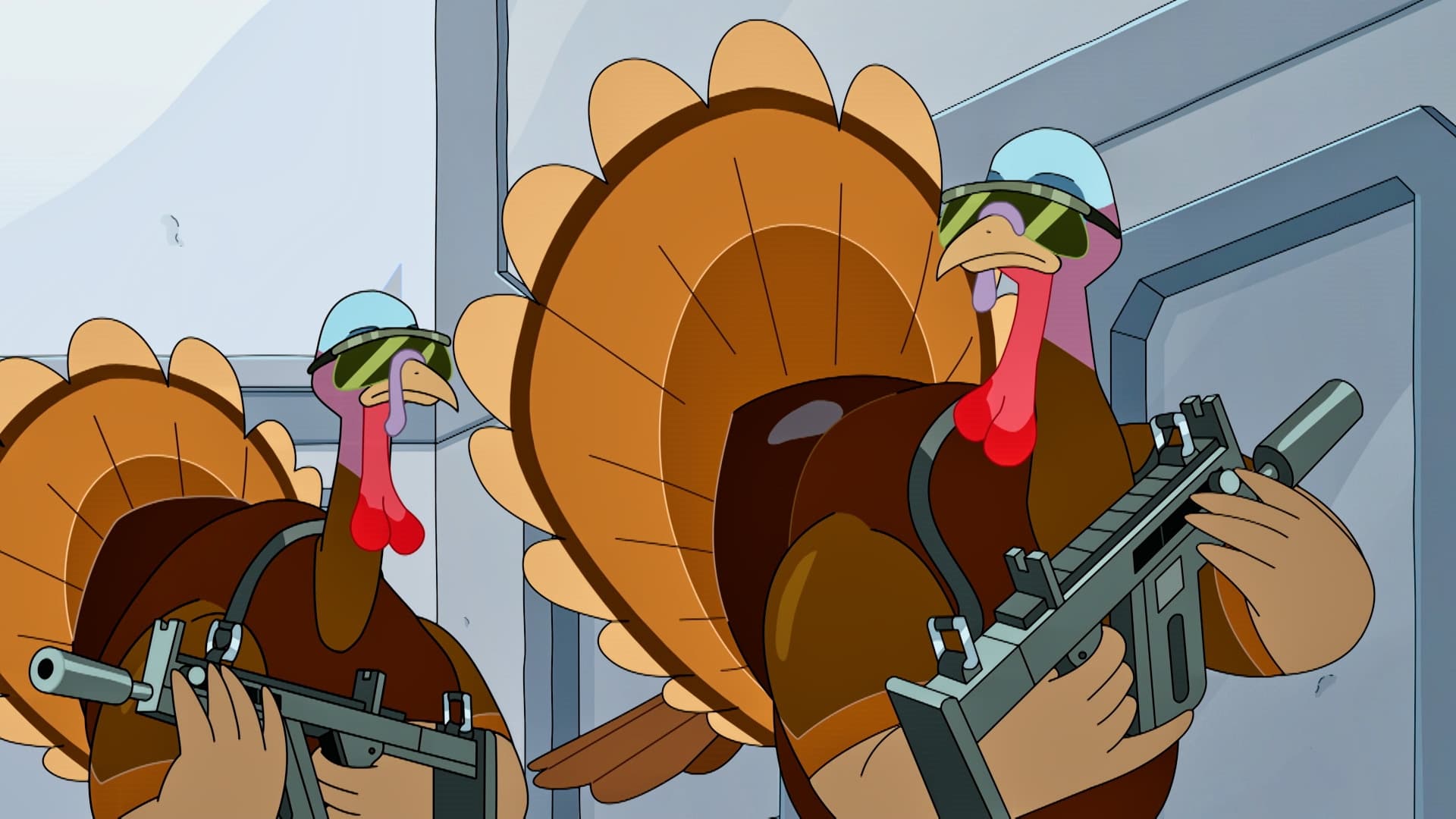 On Thanksgiving, Rick and Morty break into a government building that houses the Constitution, looking for a supposed treasure map hidden inside it. Morty accidentally destroys the glass surrounding it, the Constitution itself, the Lincoln Memorial, the Liberty Bell, and the Statue of Liberty using a laser cutter, and a robot hidden inside the statue goes on a rampage. The government traps the two inside the Smith house. Two Soldiers attack but a satellite dish deploys a plant like alien which promptly devours the Two Soldiers.

Rick and The President both state their separate plans to get a presidential pardon/stop Rick to their parties. In the past, Rick had turned himself into a turkey and gotten a pardon from The President, so The President has sent out multiple armored trucks, only one of which contains the presidential turkeys and will be guarded by marines. Rick plans to sneak aboard by turning himself into a turkey before they arrive, because the human eye cannot recognize a turkey’s face, but The President has a solution: turning several marines into turkeys, all of which swallow capsules that identify them as humans in turkey form.

Rick and Morty turn themselves into turkeys and distract the soldiers surrounding their house with robots. They land on top of the truck, knock out two turkey marines, and disguise themselves using the marines’ headsets. The President, realizing Rick’s deception, turns himself into a turkey, and enters the pen where turkeys wait to be selected for a pardon. He immediately recognizes Rick and the two fight. In the scuffle, Rick knocks out The President’s identifying capsule, which is swallowed by a random turkey. The marines pull out the wrong turkey and inject it with The President’s DNA, which turns it into a doughier, slightly feathery version of The President. The remaining turkeys are sent into an underground chamber where the unpardoned ones go, and are met by a polio vaccine-mutated Franklin Roosevelt, who has become a large human-spider hybrid. Rick and Morty turn back into humans, and Morty burns FDR alive.

The Turkey-President begins making large, muscular turkey-human hybrids as guards and sells states, giving the profit to congress to keep them satiated. Rick, Morty, and a now human President arrive on the scene, but congress, enjoying the Turkey-President’s new leadership, vote to keep him. The three escape the turkey guards and have Thanksgiving dinner at Rick’s house, where Rick and The President discuss what to do next. The group observes on the news that the Turkey-President is turning every turkey he can into turkey guards, making some the size of skyscrapers. The President rallies his marines, and they stage a plan to break into “The Crypt of the New World”, under the Lincoln Memorial.

The group fights through the turkeys, and The President, Rick, and Morty make it to the crypt. Pictographs on the crypt walls reveal that Americans had been fighting turkey dinosaurs for centuries. In the 15th century, a group of aliens crash-landed on Earth and fought off the turkeys, some still being preserved in the modern day. The President frees them, and they are revealed to be two races of alien—one that resemble pilgrims, and another that resemble Native Americans, previously warring but now united by their hatred of turkeys. They easily massacre the turkey guards, while the trio are met by the Turkey-President, who sends the Washington Monument into space with the ray that turns turkeys into humans attached. Rick and Morty fly into space to stop it, while The President fights his turkey counterpart.