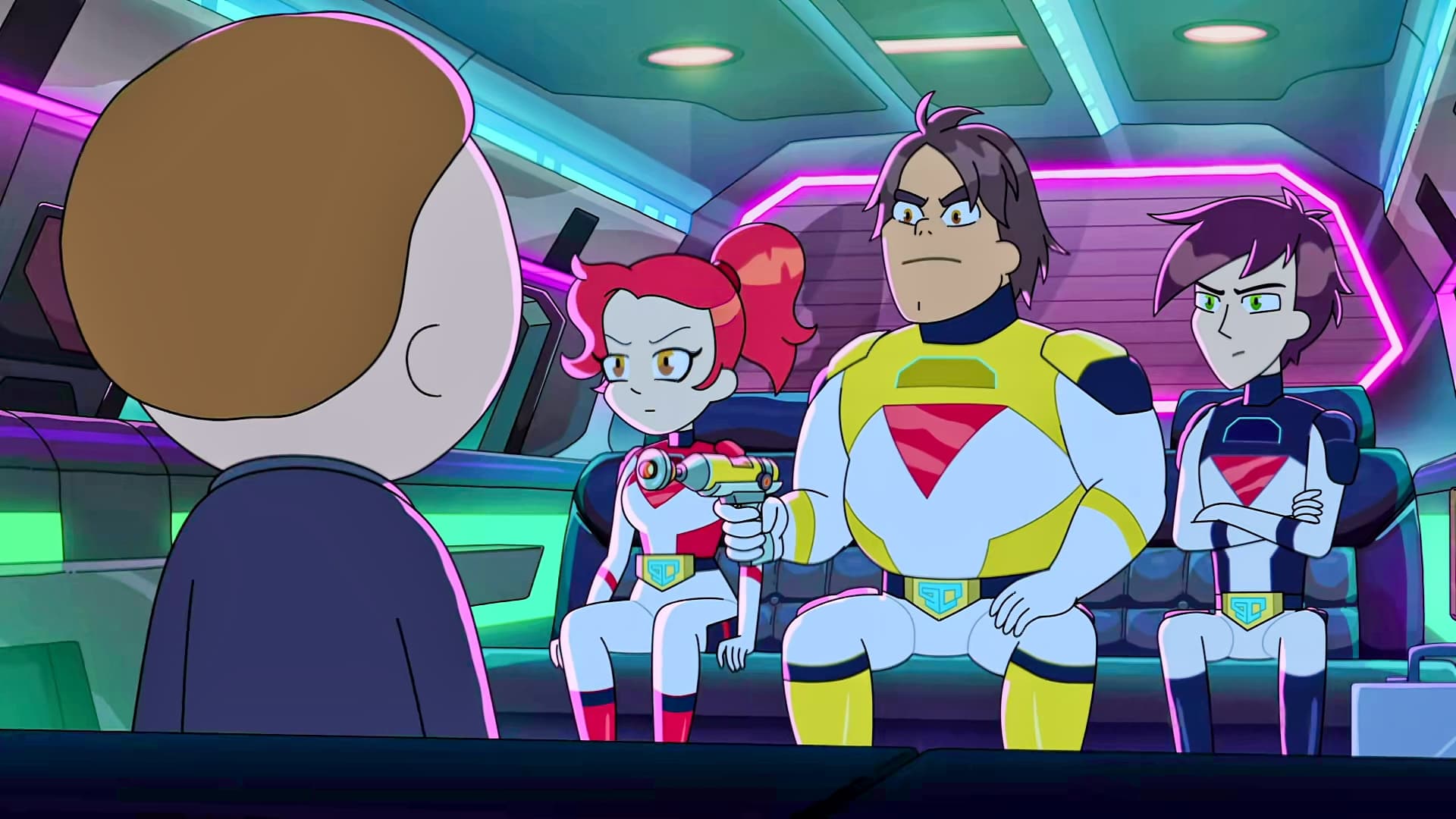 Rick, Summer and Morty are on their way to Boob World when Rick notices something on a nearby moon. It turns out to be a blue Gotron Ferret, one of five animatronic Voltron-like vehicles that Rick is obsessed with. While Morty tries to convince him to go to Boob World, Summer offers to help him take the Gotron back to Earth. As Morty watches them walk away, a voiceover not unlike one from a mafia movie sounds where he foreshadows dark times following the Gotron, until Summer cuts him off with her own voiceover, which Morty himself can hear.

Rick, Summer and Morty collect the other four Gotrons offscreen and propose to Beth and Jerry that they join them to stop an interdimensional monster. When Summer pushes them to accept, they all suit up and combine their Ferrets into a Gotron, a mechanical warrior that easily defeats the monster. Rick, overjoyed at the success of the fight, starts planning to get other Ricks the Ferrets they need to complete their collections. Morty tries to ground him, reminding him that Rick wanted to be calmed down if he got too obsessed, but Summer cuts him off.

Rick invites four other Ricks and their families to a barbecue, where he, the other Ricks, and his Summer discuss business. Their attempts at striking a deal angers a violent Rick named Hothead Rick, but Rick easily replaces him with another Rick after he leaves. The five Smith families combine their Gotrons to form a gigantic Gogotron, which easily dispatches all the monsters that cross over to their dimension. Summer continues to rise in the ranks, while Morty is treated like a common worker and Rick’s obsession with the Ferrets leads him to abuse alcohol and other substances.

At a nightclub built to hide from enemies, Rick drunkenly announces his plans to build a Gogogotron, disgusting Morty. When he steps outside for some air, he is kidnapped by the original pilots of the Gotron Ferrets, five teenagers animated in an anime style, who the Ricks have been killing alternate versions of to get their Ferrets. They initially try to bribe him with Boob World currency in exchange for insider information about Rick’s operation, but when he resists, he is forced to fight off an assassination attempt. When he makes it back to the nightclub, he finds Hothead Rick destroying it with his Ferret, killing a Rick and getting himself killed in the process. Summer has Morty thrown out of the operation.

Summer fires her parents from the operation on a whim, while Rick hires Kendra, one of the original Ferret pilots, and her friends. Rick fires Summer. At home, Morty has calmed down from the high of the operation, while Beth and Jerry are readjusting and attempting to do the same. Summer comes in and apologizes profusely for her behavior. She confesses that her attachment to the family working together comes from an experience she had had—her giant baby from “Rickdependence Spray” had been captured by the United States government and held on Mars.

The government took Summer to him, hoping her influence as his biological mother could turn him into a weapon, but she bonded with him and helped him escape. As the Smiths try to figure out what to do next, Summer mentions Kendra and Morty realizes the pilots are planning to kill Rick and take their Ferrets back.