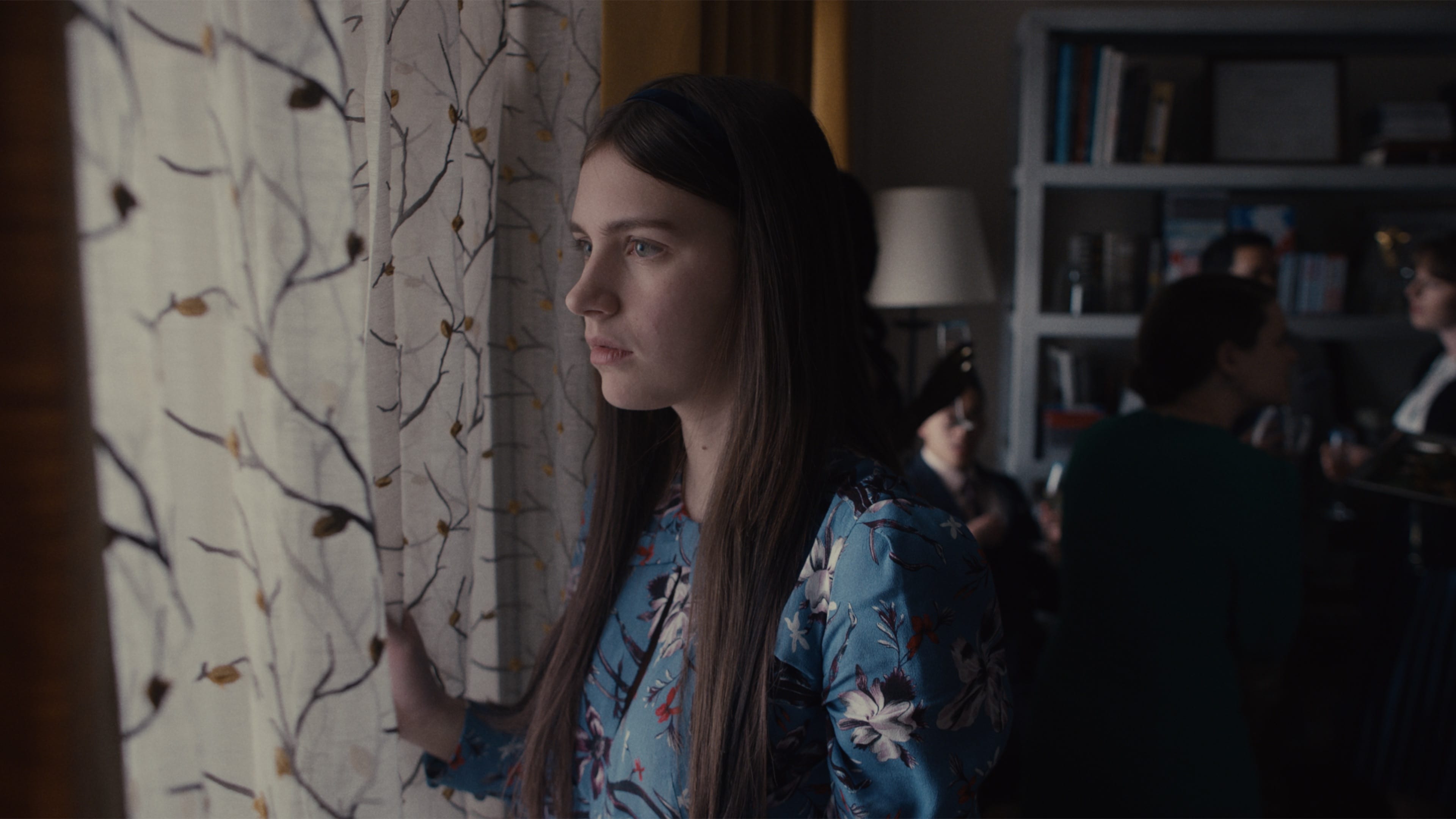 After Jericho’s baptism, the Turners and dozens of guests return to the house for a reception. Sean prepares a pastry dish including Jericho’s placenta for the oblivious guests. Julian sees Uncle George in the background of footage of the baptism ceremony, and instructs Roscoe to keep watch outside the house in his car. However, both Uncle George and his companion Aunt May have already infiltrated the house.

May confronts Leanne in the nursery, demanding she bring the baby home to them, while George convinces Sean to pray with him. Dorothy is troubled by a young girl’s doll among the guests. It later turns out the young girl was a runaway when the police arrive at the reception looking for her. May and George depart without incident, but Dorothy encounters May and recognizes her.

Going through tapes of her old newscasts, she finds a story identifying the woman as May Markham, the leader of a cult called the Church of the Lesser Saints, who supposedly died in a fire along with most of her followers after a standoff with the ATF. Sean discovers that he has lost his sense of feeling along with taste, and holds his hand over a stovetop burner until it is scorched.

May and George return to the house at night, confronting Roscoe, whose car is later shown empty. Tobe leaves a balloon tied to the doorknob of Leanne’s room. Leanne leaves the house with this balloon and her suitcase. She is greeted outside by a large group of people standing in the street, who encircle her in a group hug. When a passing police officer spots the huddle and backs up to investigate, they have vanished in a matter of seconds. Dorothy discovers that Jericho has been replaced by the doll in his crib. No longer seeing the doll as a real child, she drops it in the crib.