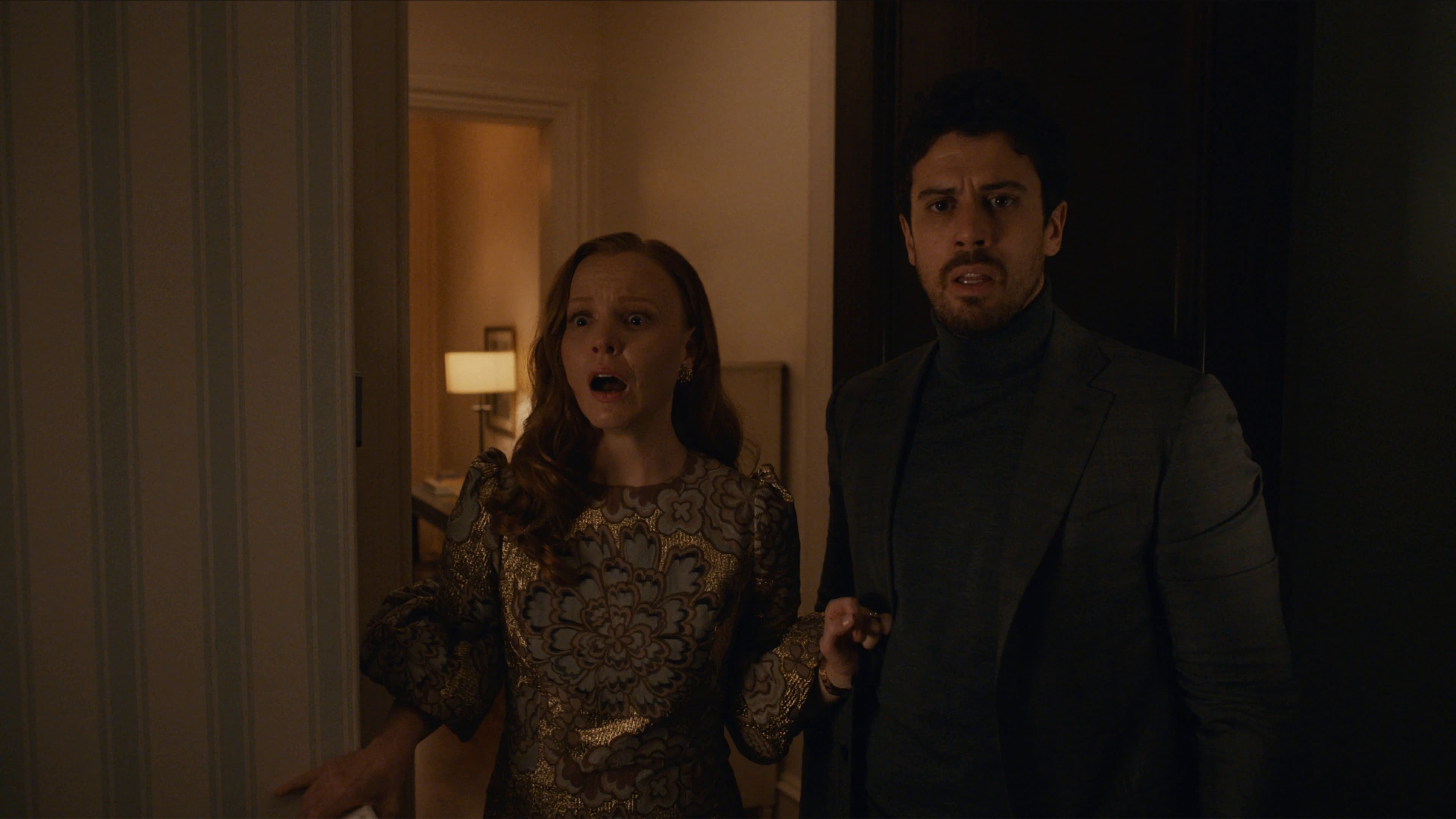 The woman in the veil introduces herself as Josephine. She speaks to Dorothy, hinting at the truth of Jericho’s death and showing her the onesie he died in. Troubled by this, Dorothy locks herself in Jericho’s nursery. Josephine then lures Sean to another room, locking him inside before she confronts Leanne in the attic. Josephine plays the Betamax tape for Leanne, an instructive Church of Lesser Saints video on the process of “purifying” wayward members by ritualistically mutilating, blinding, and killing them before burning the bodies.

Josephine refers to this video as a warning and instructs Leanne to pray with her. When instructed to forget about Dorothy, Leanne flees to the basement and prays alone there. Sean’s door unlocks and he goes to the nursery, where a despondent Dorothy now believes the Church has killed Jericho, and is preparing to commit suicide. Sean pleads with Dorothy and successfully talks her down. In the basement, Josephine attempts the “purification” process on Leanne, but Dorothy arrives and knocks Josephine out with a shovel.

When Dorothy leaves the basement to retrieve Sean, Josephine attacks Leanne again, but Leanne stabs her through the eye. The basement sinkhole is later shown filled with burning coals, and Josephine nowhere to be found. Sean attempts to tell Dorothy the truth about Jericho’s death, but they are interrupted by singing on the baby monitor.

They find Leanne cradling a living Jericho in the nursery. Leanne declares that the Turners are her family. Later, back in her spare room, Leanne talks to herself, referencing a growing darkness in her and declaring war on the cult. The power goes out along the street, and a burnt corpse is shown behind the wall of Leanne’s room; presumably that of Sister Josephine.