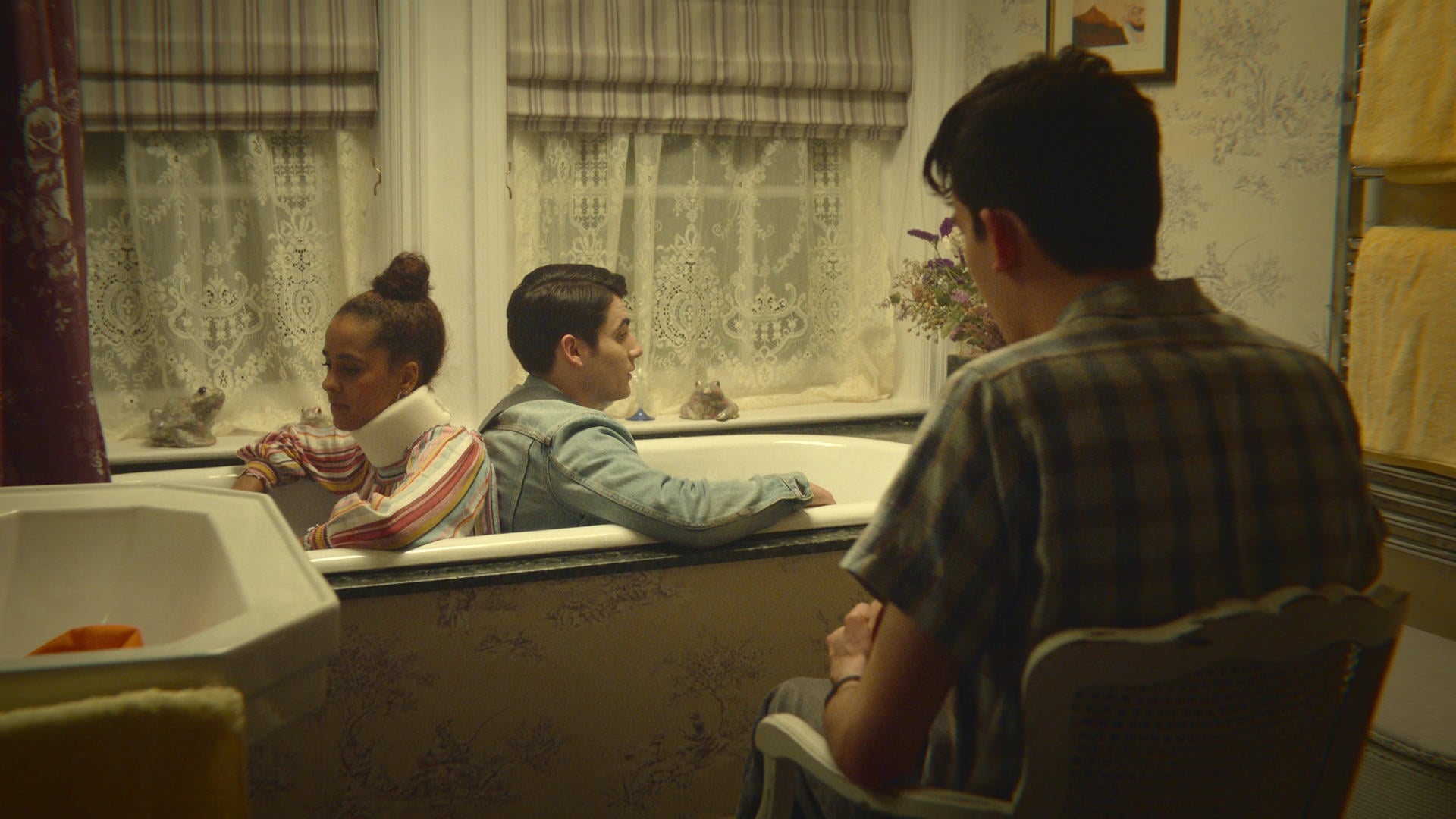 As Otis and Eric are leaving for school on their bikes, Harry, one of Jean’s many conquests, arrives at her house to drop off a bouquet of roses. Jean tells Harry that she is extremely busy with work, and raising her son. She then apologizes to him for possibly giving him the wrong impression, saying she’s not looking to date anyone.

Maeve decides they need to go to Aimee’s party where lots of teenagers will be having sex, which will be the perfect opportunity to get clients.

Back at his home, Otis and Eric get ready for the party. Jean asks Eric if he’s joining them for movie night, but Eric tells her that he and Otis are going out to a party. Jean realizes Otis is wearing aftershave. Otis lies to his mom saying it will be a boring party and everything is strictly platonic.

Just in case, Jean tells the two boys that if they do drugs, to buddy up and offers to get them some condoms, but Otis leaves in haste.

Meanwhile, Maeve is feeling nauseous, so she ends up going to the pharmacy store and buys a pregnancy test.