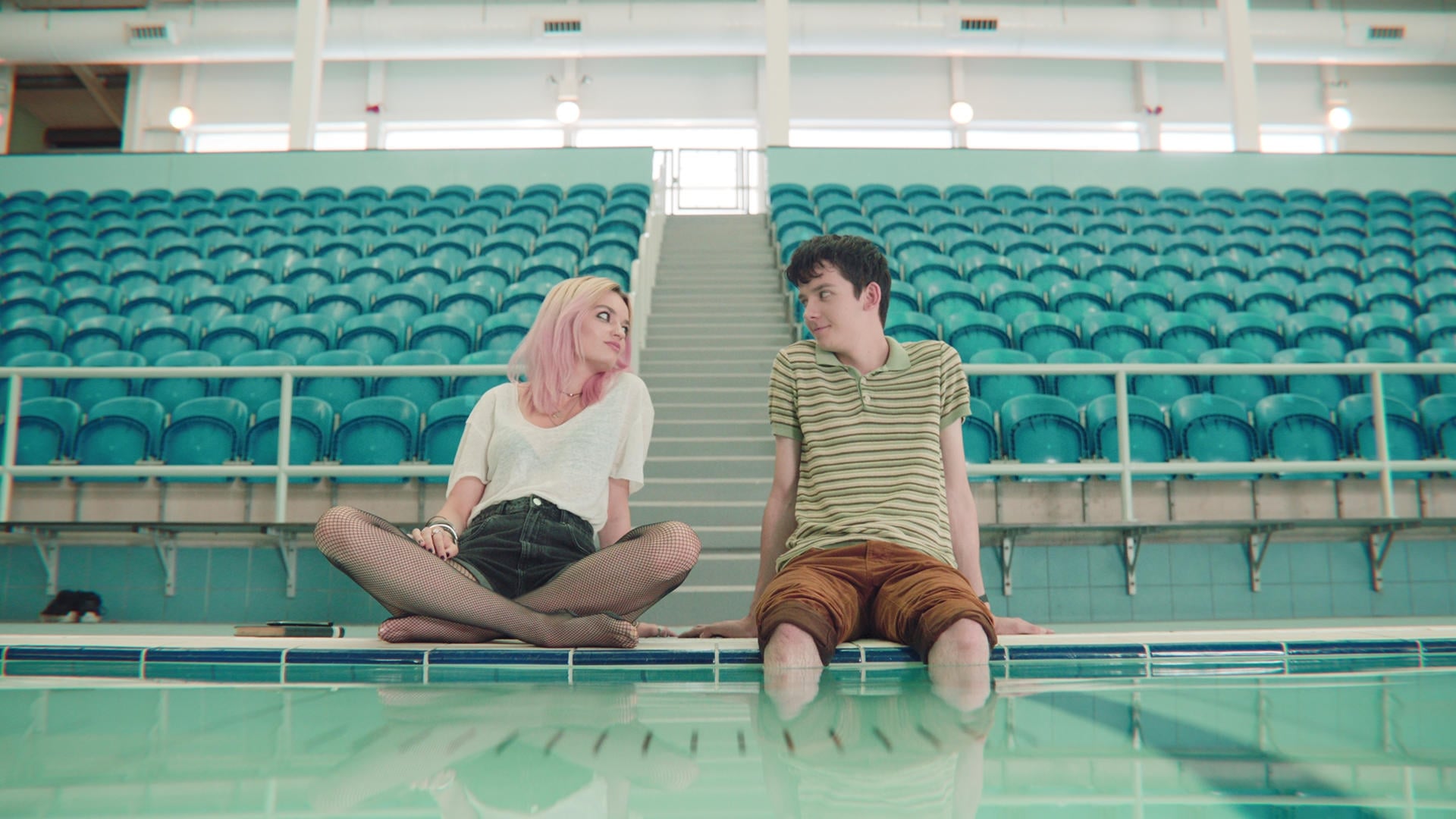 Two girls, Ruthie and Tanya, are having sex. Tanya is enjoying herself more than Ruthie, who appears to be bored. Ruthie prefers for them to stop and watch television instead.

Maeve and Jackson have sex, after which Jackson tells her he has not seen her for a while and assumed she did not want to hook up with him anymore. He asks her to hang out with him, but she refuses.

Jackson approaches Eric and Otis to ask for Otis’ help with Maeve, knowing that he is her friend and also has given sex advice to other students. He mentions his wishes to date her rather than just having sex and gives Otis money in order to pay for his help, walking away before a reluctant Otis has a chance to give it back. “You are like a pimp,” says Eric, not amused by the situation.

Mr. Groff speaks with Adam in his office, complaining about his poor marks and an obscene drawing he made in one of his papers. Angry at his son’s failures, Mr. Groff says that if he does not improve, he will be shipped off to military school.

Otis sets out to give advice to his new clients, Ruthie and Tanya, who mention their lack of connection when it comes to sex. Tanya seems to be very concerned about what is happening, while Ruthie is more disinterested. Otis wants to know more about their relationship in order to be able to give better advice and claims he will do some research to see what he can come up with.

At the Milburns’ house, a man, Jakob, arrives; he is there to do some work on the house, though Jean initially mistakes him for one of her patients.

Miss Sands talks to her class about an essay competition on the topic “every great dream begins with a dreamer,” mentioning to Maeve that she is particularly interested in her take on it. As Maeve and Otis exchange looks, she circles the word “dream” on her paper.

Eric walks with Otis and says he should intentionally pursue causing trouble by keeping Jackson’s money and giving bad advice to prevent him from getting together with Maeve. Otis considers this to be unethical and goes after Jackson to give him his money back, saying he feels wrong about talking about Maeve behind her back.

Jackson continues talking about Maeve without grabbing the money and angers Otis. “You keep describing her as inanimate objects, but she is a person,” he says, mentioning details about Maeve for him to better understand her, such as her favorite books and music. He inadvertently helps Jackson, who takes notes.