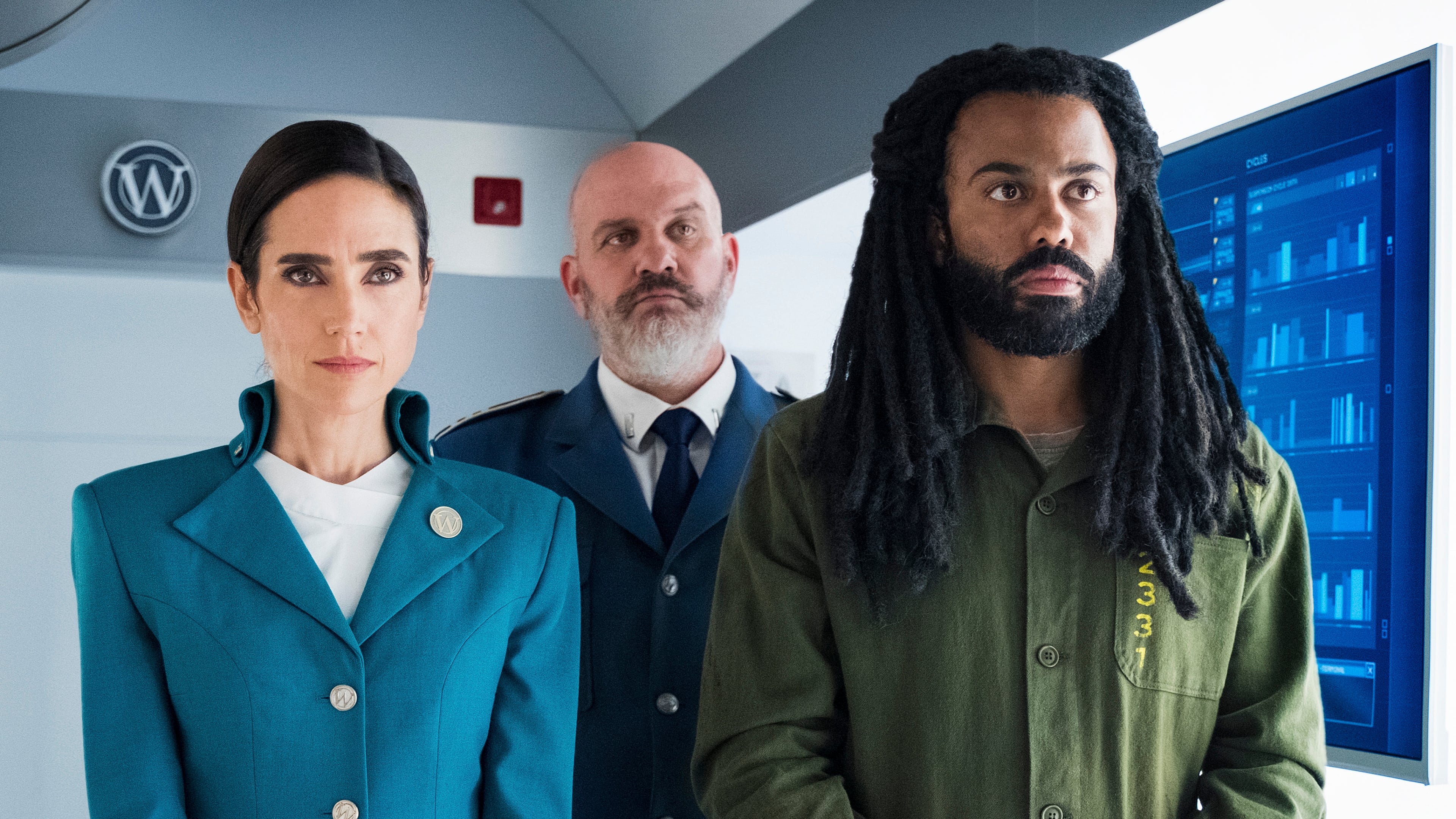 The leaders of the rebellion are put into stasis while a mother’s arm is frozen off in punishment for the Tailies’ actions; Nikki is removed from stasis but inexplicably has trouble waking up. With the help of Till, Layton begins investigating the murder, theorizing that the train’s butchers have been cannibalizing the dead and serving them as food to the passengers. At the same time, the train passes through a rough set of mountainous tracks, resulting in a massive avalanche hitting the train.

Although Snowpiercer survives, the windows are shattered in the car containing the last cows on Earth and the butchers, freezing the occupants solid. The damage and the loss of the cows creates serious supply chain issues, including a need to reduce speed by 12%, resulting in rolling blackouts and a rationing of supplies. Although Till suggests pinning the murder on the dead butchers, Layton is convinced that the murder and the cannibalism are two separate crimes and resolves to continue investigating; upset over how Nikki was treated,

Till vows to join him. Layton continues planning a rebellion and realizes that the victim was an informant for Mr. Wilford; the train’s staff is concerned about what he gave up under torture rather than the crime itself.