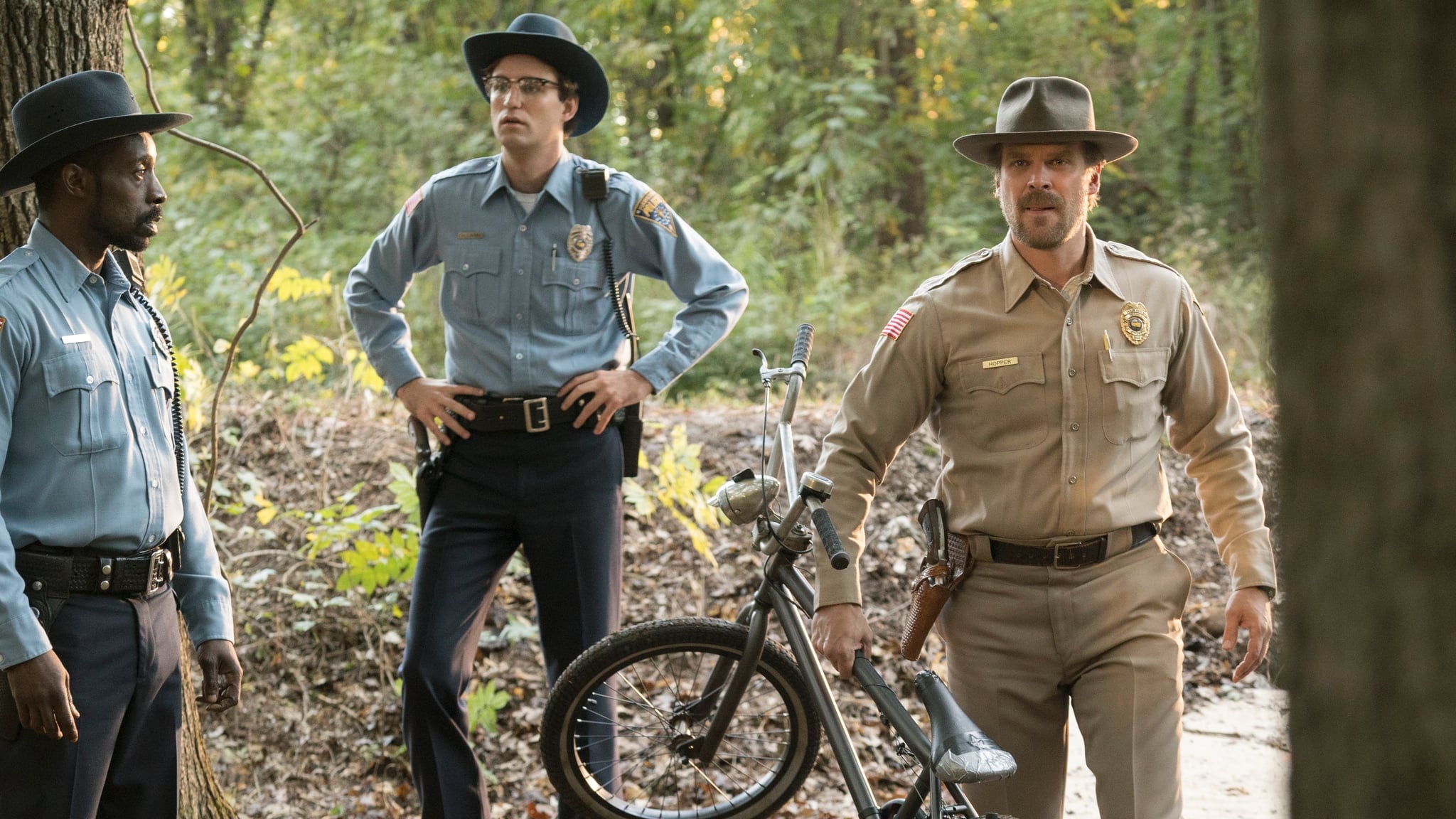 
Plot : Chapter One: The Vanishing of Will Byers

In the lower levels of Hawkins National Laboratory, a scientist in a lab coat runs down a dark hallway, frantically pushing buttons and trying to operate an elevator. When the elevator arrives, the man enters and is seemingly safe then suddely something growls above him. Terror fills the man’s face, his eyes widened. As the doors close, he is violently pulled upwards.

Meanwhile, four middle schoolers, Mike, Dustin, Lucas, and Will, play Dungeons & Dragons in Mike’s basement. The four boys want to play a while longer, as they have just encountered the fearsome Demogorgon, but Mike’s mother insists it’s time for them to go home. While Will and Dustin are riding their bikes home, they decide to race so that if Will wins, he gets Dustin’s X-Men #134. As Will pushes ahead, he rides onto “Mirkwood”, a road near Hawkins Lab. He is frightened by a mysterious figure in the middle of the road and crashes his bike.

Will hears something in the distance, which frightens him and sends him running home. However, the mysterious creature chases him. He tries to call for help, but the phone is not working. As the creature breaks in through his front door, Will runs and hides in a shed in the backyard of his house. He shakily loads a gun to fend off whatever is coming for him. The shed’s dangling light bulb begins to flicker; a strange, guttural growl is heard, and Will vanishes.