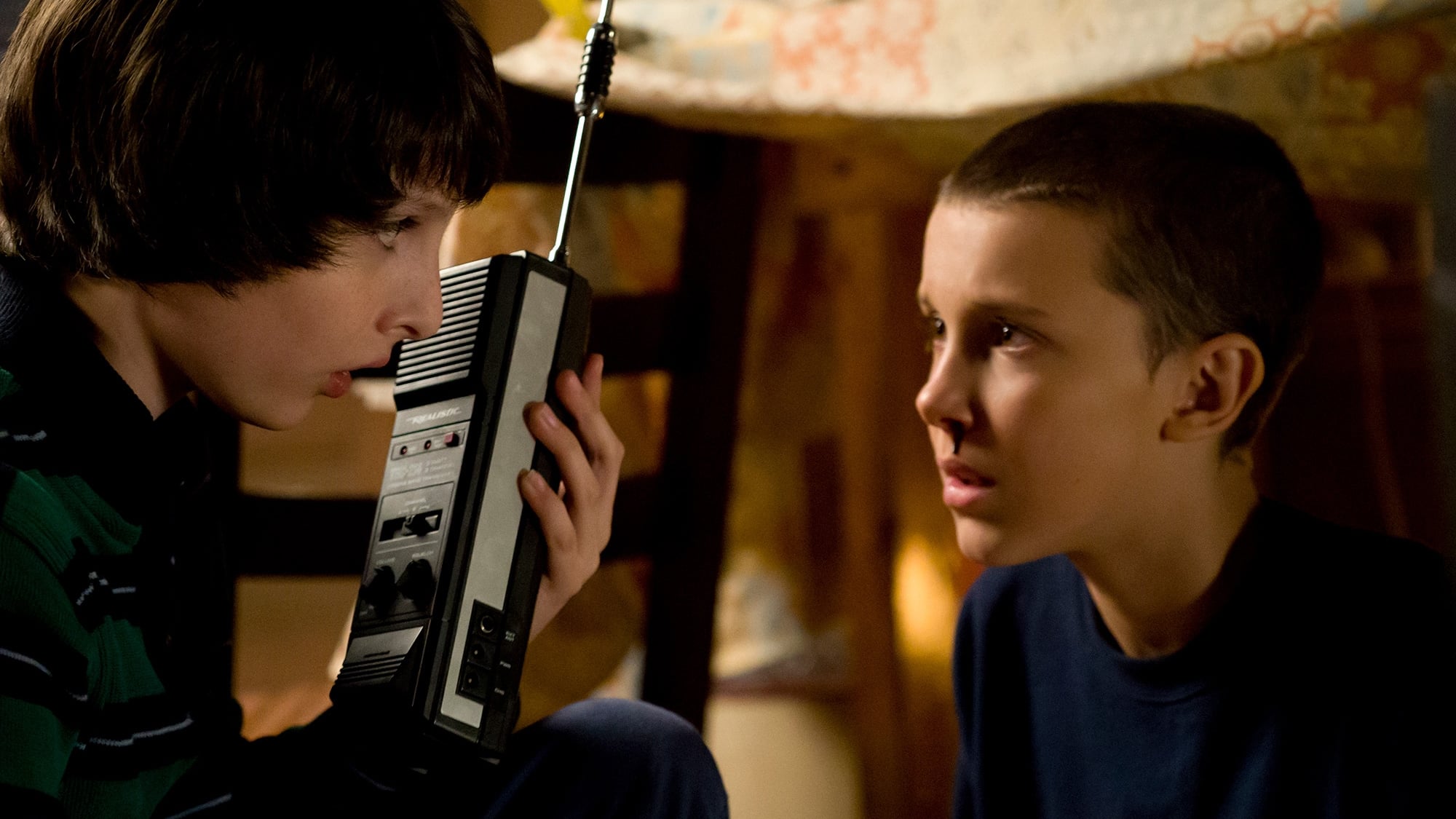 Chief Hopper tries to convince Joyce the visions she’s having of communicating with Will and the monster she saw coming through her wall are all in her head as her way of grieving. However, Joyce knows that she’s not crazy, and wants Hopper to believe that Will is not dead.

In Mike’s basement, Mike grieves the loss of Will and is upset with El as he presumed El was lying about Will. However, El proves that Will is still alive by channeling him through Mike’s Supercom. Mike is surprised to hear him singing “Should I Stay or Should I Go”, and after further discussion the boys decide to take El to school so that she can use Mr. Clarke’s Heathkit to make further contact.

Despite the body being confirmed as Will, Joyce still doesn’t believe he’s dead. Hopper is surprised to hear that state officials performed the autopsy on the body rather than Gary. Joyce asks to see the birthmark on Will’s body and storms out, convinced that the body she saw wasn’t her son’s.

Meanwhile, Jonathan is ready to plan Will’s funeral which gets him into an argument with Joyce. The two argue about if Will is really dead, causing them both to storm off.

At the Wheeler house, Mike and the boys give El a makeover, dressing her in Nancy’s pink dress and a blonde wig, while Mike does her makeup. El comes out of the bathroom, and Mike say she looks “Pretty… good.” At school, Mr. Clarke agrees to let them use the radio as long as they attend an assembly commemorating Will’s death. Overhearing local bully Troy and his friend James laughing about Will’s death, Mike confronts them and pushes Troy. Before Troy can attack, El causes Troy to freeze in place and squeezes his bladder, causing him to urinate on himself.

In the Hawkins Laboratory, one of Brenner’s workers attached to a security line goes through the gate to the alternate dimension. The worker reaches the other side, but the monster seemingly finds him and cuts the worker off from the security line. Brenner’s crew was not able to reel him back in time, instead pulling out a metal hook smothered in blood.

Jonathan is picking out a coffin for Will’s body when Nancy arrives to ask him about the photo he took of Barb. Nancy describes the monster in the photograph as the same one she saw running through the forest. Jonathan realizes Nancy is describing the same monster Joyce saw crawling out the wall, leading him to question if his mom really is telling the truth.

Back at the school, El uses her powers to try to talk to Will through the ham radio. A flashback is shown where El uses her powers to locate one of Brenner’s men, repeating what he said over the lab’s speakers. El is able to make contact with Will and the boys are surprised to hear him alive and calling for his mom. Joyce suddenly hears Will’s cries as well through the wall in her home.