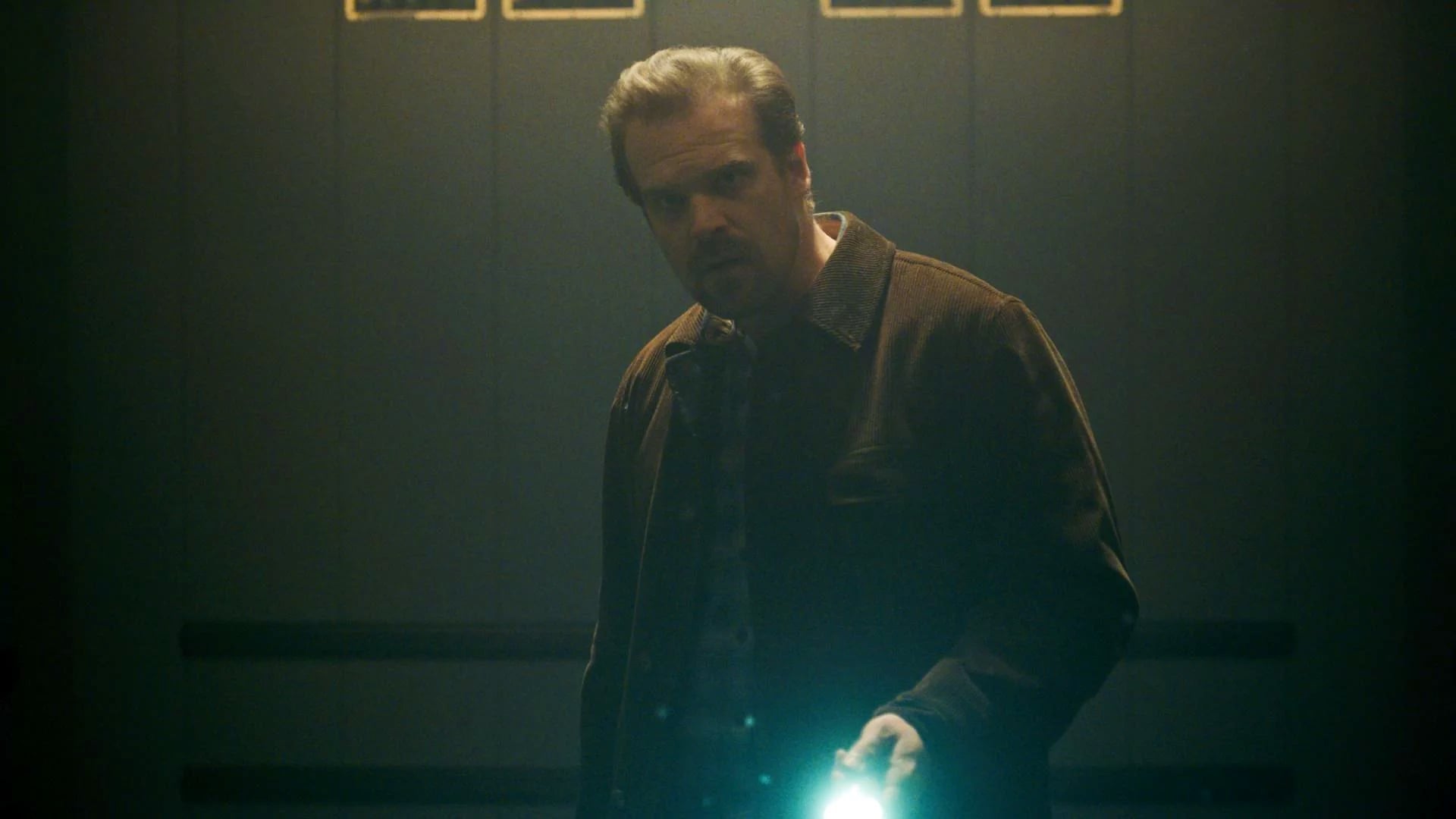 
Plot : Chapter Five: The Flea and the Acrobat

Hopper breaks into the lab. He enters a quarantined section but is stopped by a locked door requiring a key card. He is then confronted by the Hawkins head of security, along with another guard. Hopper punches the head of security and steals a key card from the guard. Making his way further in, he finds Eleven’s room and notices a drawing of Eleven and Brenner. He then proceeds further in and comes across the Gate before he is knocked unconscious by an agent.

The boys return to Mike’s basement and begin theorizing that Will is somehow stuck in another dimension similar to the Vale of Shadows which is a “dark echo” dimension of death and decay. El labels it as the Upside Down.

Hopper wakes up back at his house and is confused. He feels his neck for where he had been pin pricked. He then goes searching through his home and ends up destroying most of his house before he finds a microphone in a light.

Jonathan and Nancy talk after the funeral about how to find Barb as a worker from Hawkins come to the school after spying on a recording of Will.

Will’s father Lonnie comes to town and convinces Joyce that she has imagined everything since Will’s disappearance. Later, she discovers he is only interested in suing the company responsible for managing the quarry where Will’s body was found, and she demands he leave.

After Will’s funeral, the boys ask Mr. Clarke about dimensions. He says that inter-dimensional travel is presently impossible for humans due to the amount of energy needed, but a space-time tear could create a gate for passage. Returning to Mike’s basement, Dustin reveals to Mike and Lucas that if the Gate was created it would disrupt the electromagnetic field, throwing off compasses, and that by following their compasses, they should be able to find the Gate.

Callahan and Powell arrive at Hopper’s trailer and reveal how state police have found Barbara Holland’s car at a bus station. Hopper later calls his ex-wife Diane, telling her that he doesn’t regret the seven years they were together.