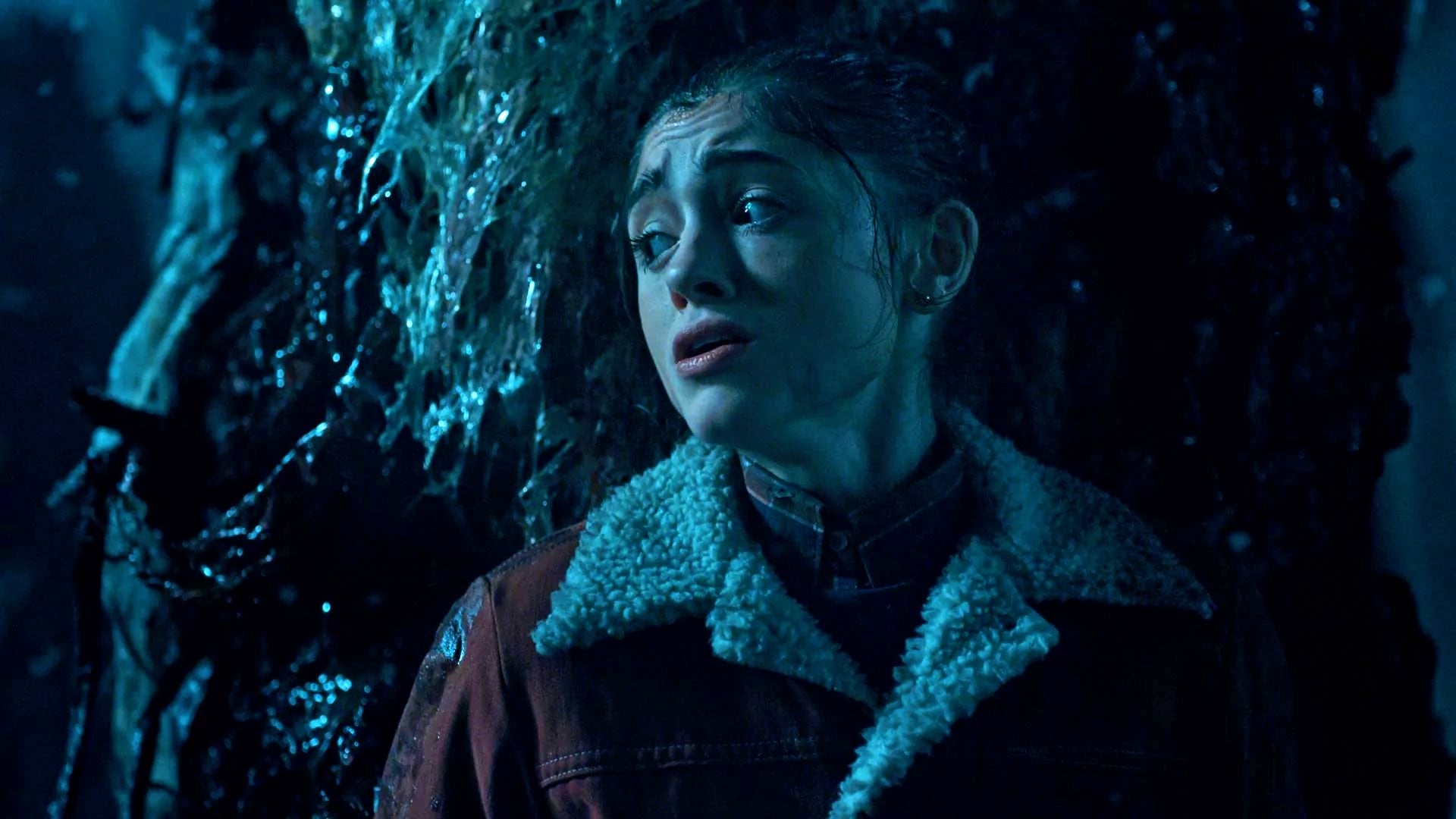 Nancy follows Jonathan’s voice and escapes the Upside Down, coming back through the portal in the tree and re-entering the human world. The two go back to Nancy’s house, where Jonathan stays over for the night at the request of an afraid Nancy – she doesn’t want to be alone. However, Steve sees them together through Nancy’s bedroom window.

Hopper describes to Joyce what he saw after he broke into Hawkins Lab. Hopper comes to the conclusion that he may have found another missing kid while searching for Will – he speculates this could be the allegedly kidnapped daughter of former test subject Terry Ives.

At the urging of Dustin, Mike tries to apologize to Lucas. Lucas says he’ll accept the apology under the condition that they forget about Eleven. Mike refuses, and Lucas sets out to find Will on his own. In a flashback, Brenner is seen telling El to make contact with the monster. In real time, El goes into a grocery store and steals boxes of Eggo waffles. She uses her powers to break the sliding glass doors, which leaves a trail for Dustin and Mike to follow in hopes of tracking her down.

Elsewhere, Hopper and Joyce track down Terry Ives. They find Terry in a catatonic state, seemingly unable to talk. Terry’s sister Becky explains that Terry’s role in Project MKUltra; she would take psychedelics and be placed in a sensory deprivation tank in order to “expand the boundaries of the mind”. Terry did not know it, but she was pregnant at the time and was told she had a miscarriage in her third trimester. However, Hopper speculates that the miscarriage could have been a cover-up.

Jonathan and Nancy purchase weapons for monster hunting before they can go back into the woods. Nancy sees a defaced movie marquee with derogatory messages about her spray-painted on top of it. Nancy and Jonathan find Steve and his friends in a nearby alley, continuing to create abusive messages. Steve confronts Jonathan and Nancy about the two of them sleeping together. Nancy tries to explain it is not what it looked like, but Steve refuses to listen. Steve taunts Jonathan and starts making crude remarks about his brother, ensuing a fist fight between the two which leads to the police arriving and arresting Jonathan.

While trying to find the Gate to the Upside Down, Lucas rides his bike and finds that the compass is pointing towards