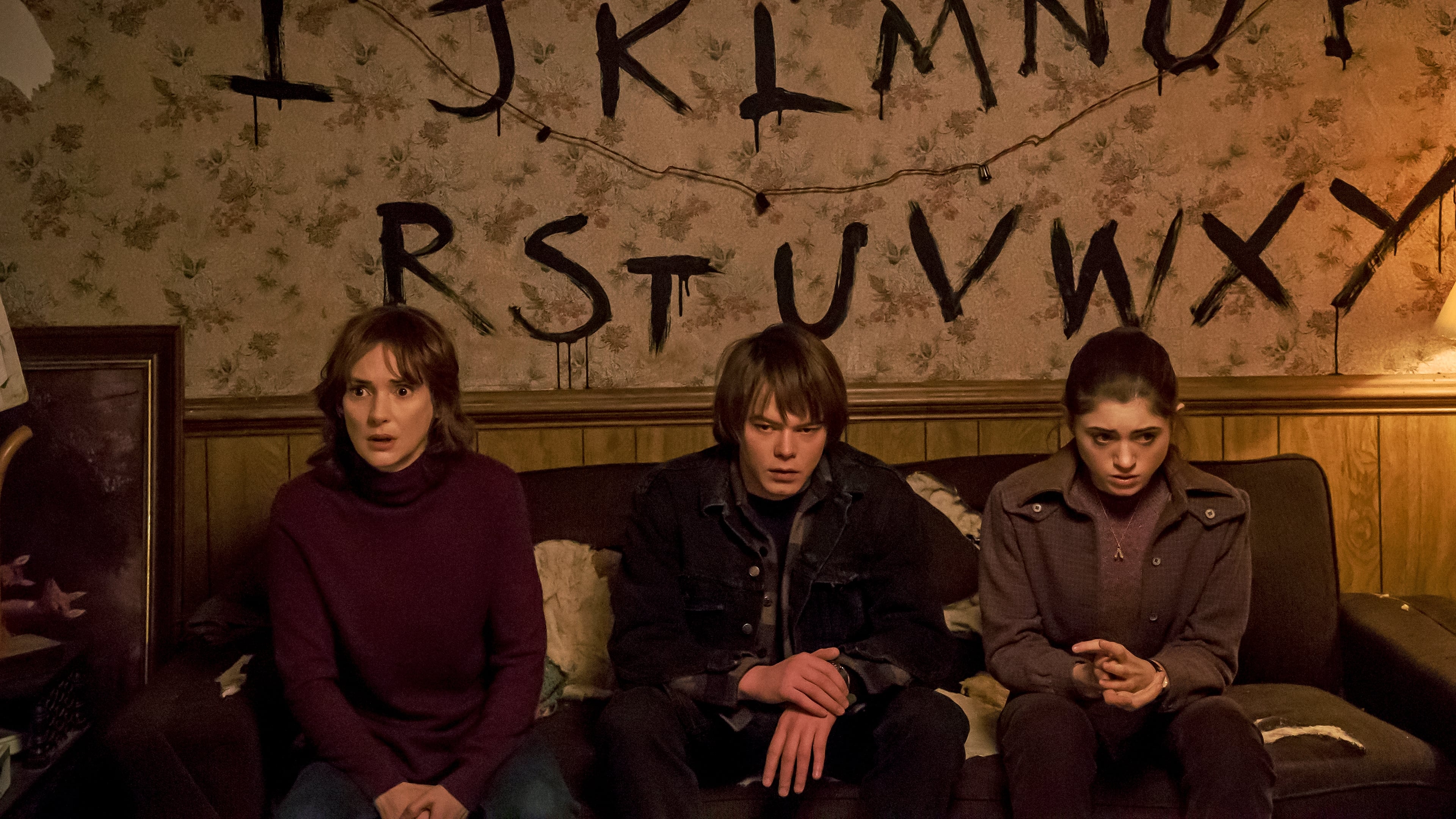 Mike and Eleven are about to share an intimate moment in the basement bathroom when Dustin bursts through the door, telling them that Lucas may be in trouble. Over the radio, Lucas warns them that the “Bad Men” are coming. They then leave on their bikes as they are pursued by Brenner and various other Hawkins Lab agents, driving in “Hawkins Power & Light” vans. During the chase, they reunite with Lucas, but soon find that the agents are not far behind. As they are trying to get away, one of the vans blocks their path. Eleven uses her powers to flip the van, ensuring their escape. Reaching their junkyard base, Lucas apologizes to El for calling her a traitor, and in turn she apologizes for lying. Mike also apologizes, and Lucas accepts his handshake.

Hopper and Joyce arrive at the local police station and demand Callahan and Powell release Jonathan. The officers refuse, and reveal the stash of hunting gear in Jonathan’s trunk. Hopper demands to know why he had such items, but Jonathan claims he wouldn’t believe him.

Brenner and his agents arrive at the Wheeler house. As they begin searching the residence, Connie Frazier speaks with Karen and Ted. She asks them if they know anything about Eleven, to which they respond no. Karen then becomes furious, demanding to know why they are there. Brenner then steps in, telling her that her son is in danger and asking where he is.

At the junkyard, the kids are discussing Hawkins Laboratory when they notice helicopters overhead. They decide to take refuge in an abandoned bus.

Back at the police station, Nancy and Jonathan tell Hopper about the Monster. As Joyce and Jonathan have a conversation in the hallway, Hopper steps out of his office when he overhears an argument between Callahan and a woman. The woman is revealed to be Troy’s mother, who’s there to report his arm had been broken by another child. Hopper becomes interested when Troy describes the girl’s appearance and asks for more information. Troy tells him about her abilities and that she’s always with Mike, Lucas, and Dustin.

Meanwhile, Steve is with Tommy and Carol in the parking lot of Fair Mart. When Tommy and Carol make crude insults about Nancy, Steve finally has enough. They have a falling out and Steve drives away.

While surveying the agents swarming her house, Nancy becomes worried about Mike. Hopper tells her they have not found him yet and asks where he is. She does not know but Jonathan claims he knows a way to find out. Hopper, Joyce, Nancy, and Jonathan go to the Byers house where they use Will’s Supercom to contact the kids. However, they debate over if they should answer, fearing it could be a trap. As Hopper is about to give up, Mike answers and tells them their location.

At the Hawk, some employees are cleaning the marquee when Steve arrives. He asks if he can help and begins removing the graffiti from the sign.