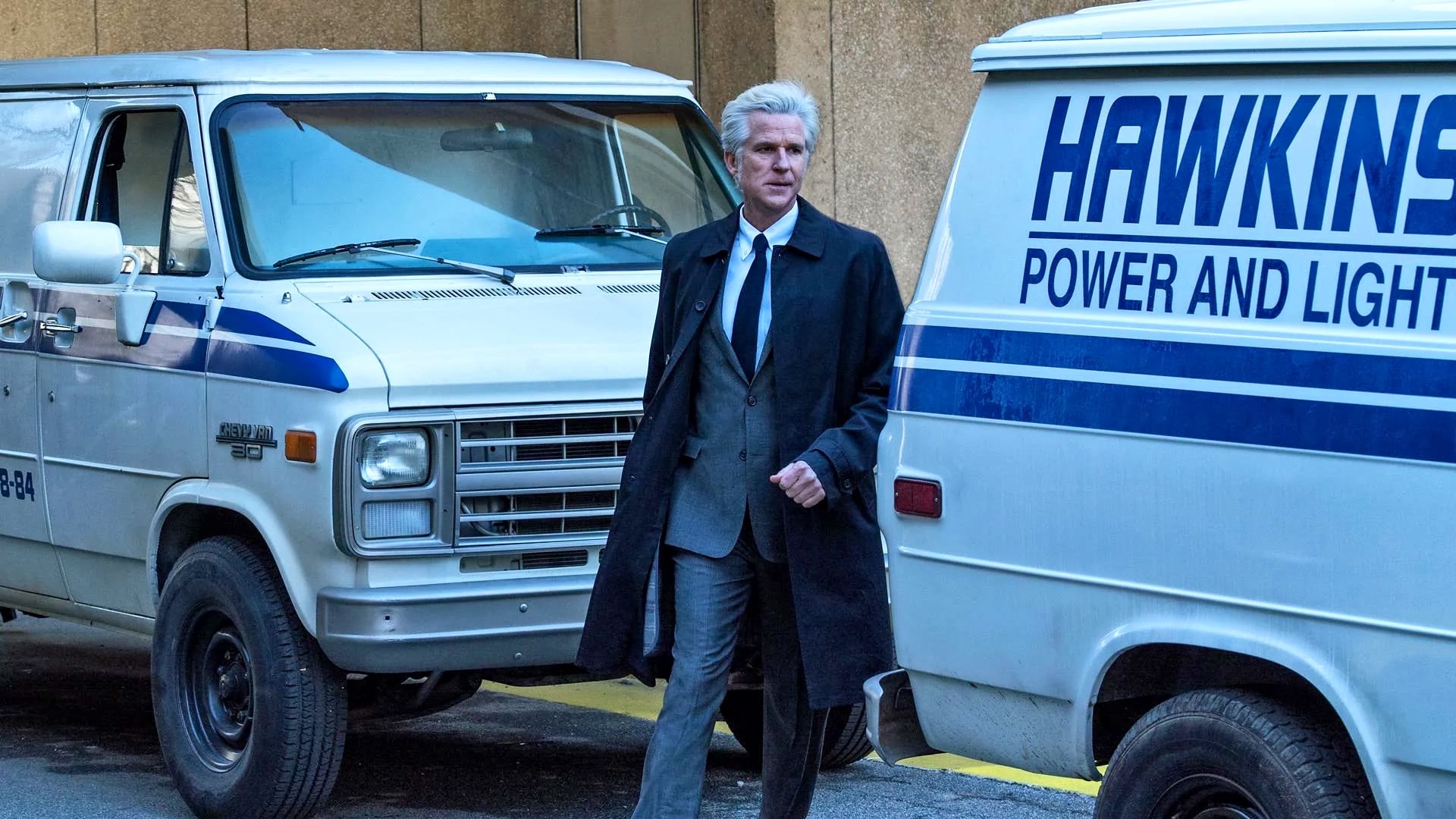 
Plot : Chapter Eight: The Upside Down

After getting caught sneaking into the Hawkins Laboratory, Hopper and Joyce are being interrogated by Dr. Brenner and his men. Brenner reveals to Joyce that the scientists at the Laboratory do not understand the the Monster’s behavior, and he needs her help to stop it. Joyce refuses and tells him to go to hell.

In another room, Hopper reveals everything he knows about Eleven and the Laboratory’s experiments. The agents threaten to inject him with drugs, however Hopper makes a deal with Brenner so that he and Joyce can find Will.

Nancy and Jonathan are off to find the monster and end it once and for all. The two are armed with weapons and set up a bear trap inside the Byers home to catch and kill it.

Meanwhile, Joyce and Hopper set off to find Will in the Upside Down, putting on special suits to protect their bodies from the toxic atmosphere. Inside the gate, Hopper recalls a memory of his late daughter, Sara, having trouble controlling her breathing after Joyce experiences some shortness of breath. Joyce and Hopper reach the Upside Down’s version of Castle Byers, where Will was hiding when Eleven contacted him. The shack has been destroyed and Will is nowhere to be seen. Hopper notices a small stuffed lion laying on the ground. The toy triggers another flashback where Sara is holding a similar stuffed tiger as Hopper reads to her in a hospital bed, as she slowly dies from cancer.

Back at the Byers house, Nancy and Jonathan attempt to lure the monster into the house with their blood. Steve then shows up in a panic to talk to Jonathan and make amends. He is surprised to see Nancy, who quickly tells him to go home, but after seeing Nancy’s bandaged hand, Steve bursts into the house to see what is going on. Nancy pulls a gun on him and tells him to leave. He hesitates and the Monster breaks through the ceiling of the room. They lead the monster toward the traps, but the Monster escapes.

Nancy and Jonathan stress that Steve should leave now as the Monster will come back. Steve leaves the house and gets into his car.

Suddenly, the lights flicker, signaling the monster is coming back. The monster pins down Jonathan, almost killing him, but Steve returns to the house and assaults the monster with Jonathan’s baseball bat. The three lure the monster into the bear trap and light the monster on fire, but when the fire goes out, the monster is nowhere to be found.

Mike is talking with Eleven at the school where they are hiding out. Mike tells El that everything will be okay, that his parents will take her in and she will be like family. Mike says she will not be like a sister to him, as he invites El out to the Snow Ball school dance and kisses her, revealing that he loves her. Brenner’s men find the boys and Eleven hiding in the school.

The agents corner them in the hallway, but El uses her powers to make the agents bleed from their eyes until they fall to their death. El passes out, drained from the effort, unable to wake up. The boys are helpless as Brenner approaches Eleven and they are captured. Brenner promises Eleven that she would be brought back home, but Eleven sees through his facade and rejects Brenner’s offer, crying and reaching out for Mike.