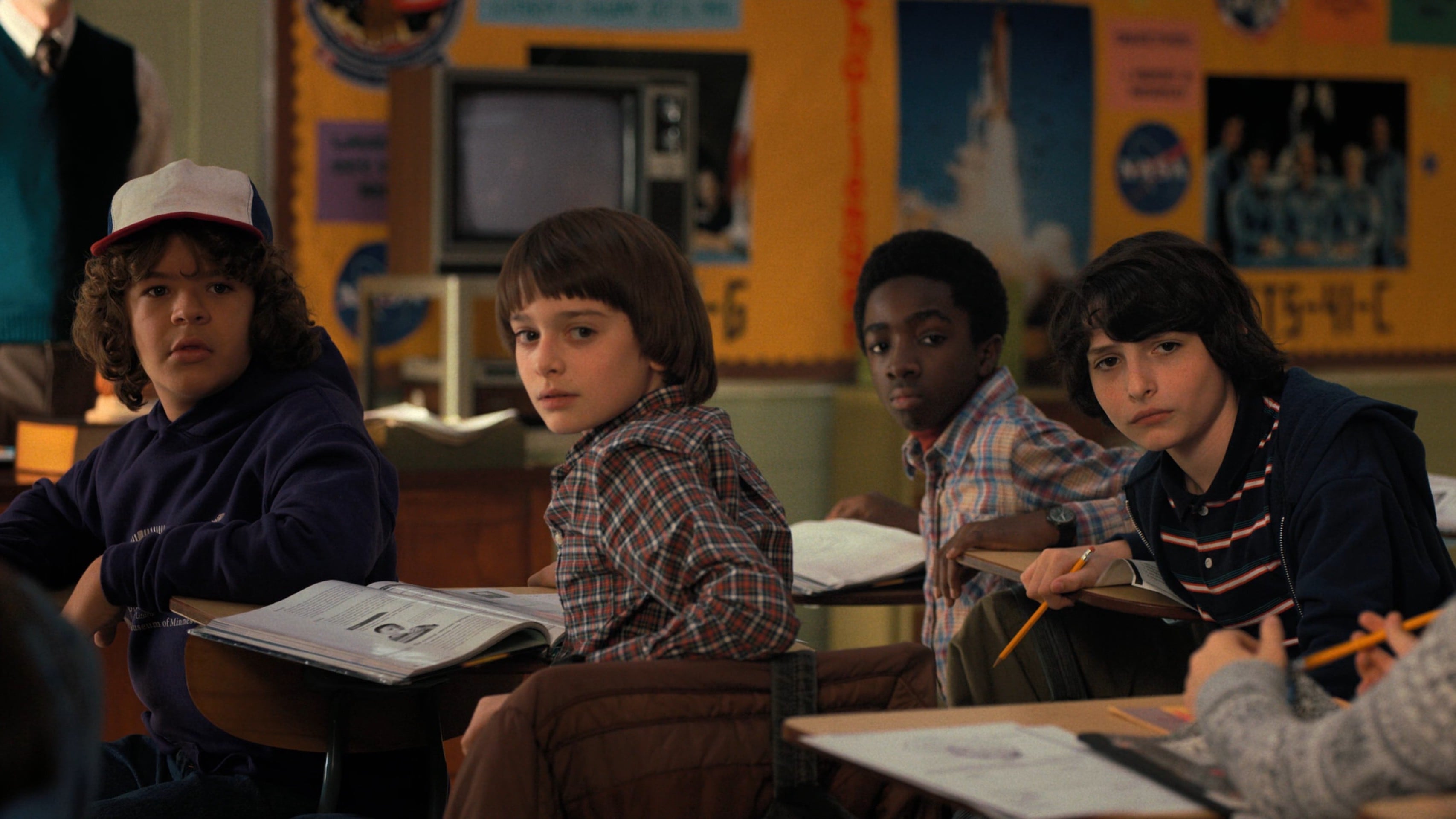 A group of masked individuals flee a building in Pittsburgh and get into a van. They drive away from the police and are about to be caught when one of them encourages a woman named Kali to “do something.” She instructs them to go through a nearby tunnel. When the police follow them, she appears to cause a rock slide, causing the police cars to hit each other. It is revealed that the rockslide was a hallucination caused by Kali. As the individuals cheer and escape, Kali wipes her now bloody nose on her sleeve, revealing the number 008 tattooed on her forearm.

Dustin, at his house, is searching for money. In frustration, he calls Lucas, who tells him he has money from mowing lawns. Dustin contacts Mike (who was on an odd channel and sitting alone in El’s fort), who tells him to call Will and “borrows” money from Nancy’s piggy bank.

Mike, Dustin, and Lucas meet at the Palace arcade, with Joyce driving Will. The boys play a game of Dragon’s Lair with Dustin at the controls. Dustin fights a dragon and manages to get a sword, but his character is killed by the dragon’s fire. Lucas boasts that since he has the high score, he gets the game’s main character’s love interest, Princess Daphne, all to himself. Dustin counters with the fact that he has the high scores on Centipede and Dig Dug. The arcade’s employee, Keith, overhears and tells Dustin that his scores have been beaten. Dustin panics and checks both machines, realizing Keith is telling the truth. His score has been beaten by someone named MADMAX, whose score on Dig Dug is more than 100,000 points more than Dustin. Keith offers to tell them who MADMAX is, if Mike can set him up with Nancy. While Mike refuses, Dustin and Lucas seem fine with it. As they argue, Will notices that it appears to be snowing outside. When he turns to ask his friends if they see it, he suddenly sees the Upside Down, with the arcade abandoned and a red thunderstorm outside. Mike’s voice lapses him out of it, and he goes to play Dig Dug.