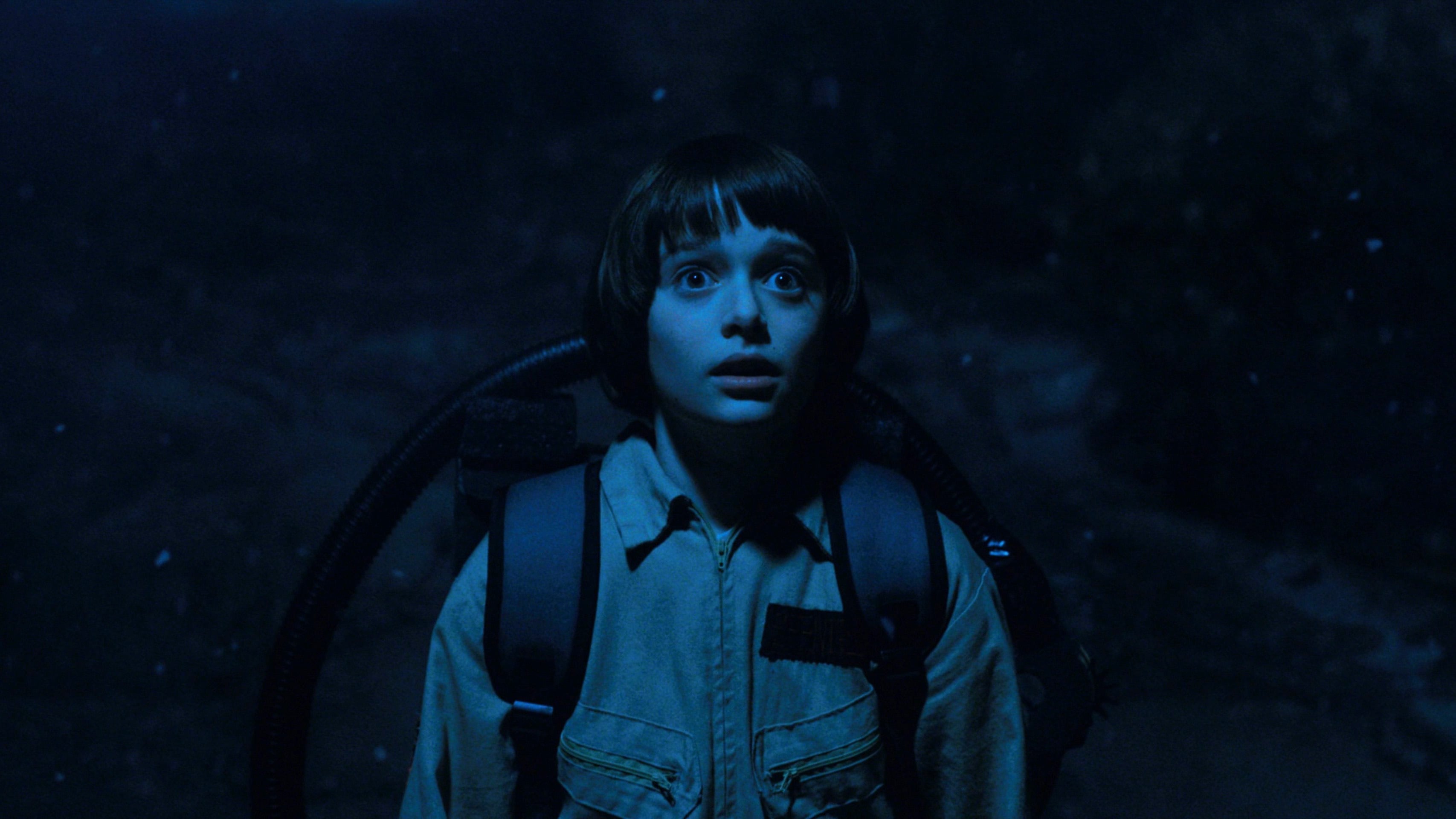 In a flashback, Eleven awakens to find herself in the Upside Down, just after disintegrating the Demogorgon. Exhausted and frightened at first, she desperately searches for Mike. Upon searching, she discovers a portal the Demogorgon had created. By using her powers to enlarge it, she escapes through it. She makes her way to Mike’s house where she sees him being talked to by government personnel telling him that her stories were not true. Mike doesn’t believe that but as he turns away, he catches a glimpse of Eleven through the window, making the agents suspect she’s there. Realizing that she is in danger, Eleven runs off into the forest to hide.

In the present, Hopper makes breakfast for him and Eleven as she walks in, dressed as a ghost, and asks if she can go trick-or-treating for Halloween. She believes that she will not be noticed with the sheet over her, but Hopper refuses because it is too dangerous. Although disappointed, Eleven agrees to his offer of having a night in together with candy and scary movies, terming it “halfway happy”.

Hopper then goes out to work, where he learns that more pumpkin farmers in Hawkins have found their crops rotting mysteriously, impelling him to inspect the affected regions.

Nancy talks to Steve about Barb, saying that they should tell her parents about her death. Steve insists not to because the government will come after them.

At the cabin, Eleven is watching TV when she hears a noise coming from outside. Going over to the window to investigate, she sees a squirrel, causing her to remember an occasion where she was approached by a hunter as she was cooking a squirrel she had killed. After rendering the hunter unconscious, she stole his coat and hat for warmth.

Dustin and Lucas invite Max to go trick-or-treating with them, Mike and Will. She doesn’t initially accept. When school ends, Max goes home with her stepbrother Billy who attempts to run over Mike, Lucas and Dustin. Max grabs the steering wheel so they miss the boys.