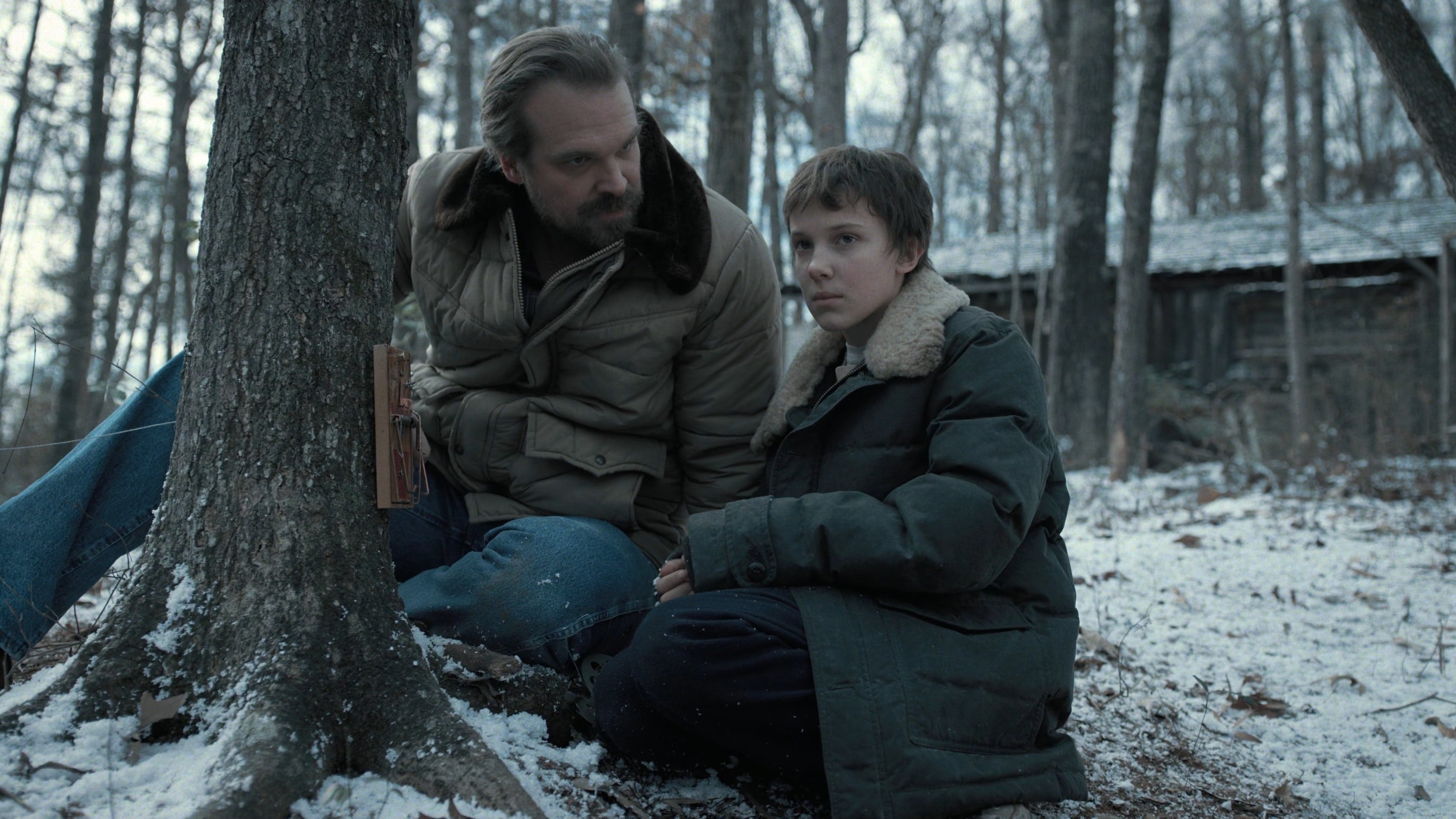 Dustin finds an unusual creature in his garbage and decides to look after it after sneaking it into the house in his homemade Ghostbusters trap. He names the creature “D’Artagnan” or “Dart”.

Eleven is angry with Hopper for continuing to promise that she could leave the cabin “soon”, even though she has been stuck there for 326 days.

In flashbacks, Eleven finds out that Hopper has been leaving food for her, and reveals her presence to him. He takes her to his grandfather’s old cabin to live in secret.

Bob drives Will to school, advising him to face up to his fears. He recounts how he managed to beat a series of reoccurring nightmares by facing the frightening aspect of his dream and telling it to go away.

Nancy and Jonathan resolve to tell Barb’s parents the truth about her disappearance.

Dustin tries to discover what kind of creature he has found, and takes Dart to school to show his friends. Will remembers his experiences and concludes that Dart is from the Upside Down. He tells this to his friends, and they start arguing. Dart escapes into the school, and the boys and Max go looking for it.

At the police station, Hopper discovers that the rotting pumpkins lead back to the lab. He confronts Dr. Owens about this directly and threatens him into investigating the problem.

Defying Hopper’s “Don’t Be Stupid” rules, Eleven leaves the cabin to look for Mike. She ends up at the school, sees Mike and Max together, and becoming jealous, uses her powers to knock Max off balance and then leaves. Mike, believing the cause to be Eleven, runs out into the hallway only to find she is not there.

Joyce watches a tape from Halloween night, when Will had an episode about the Upside Down. She pauses the tape, and traces the image she sees on the screen. She compares it to a drawing of a creature from Will’s vision, and finds an exact match.