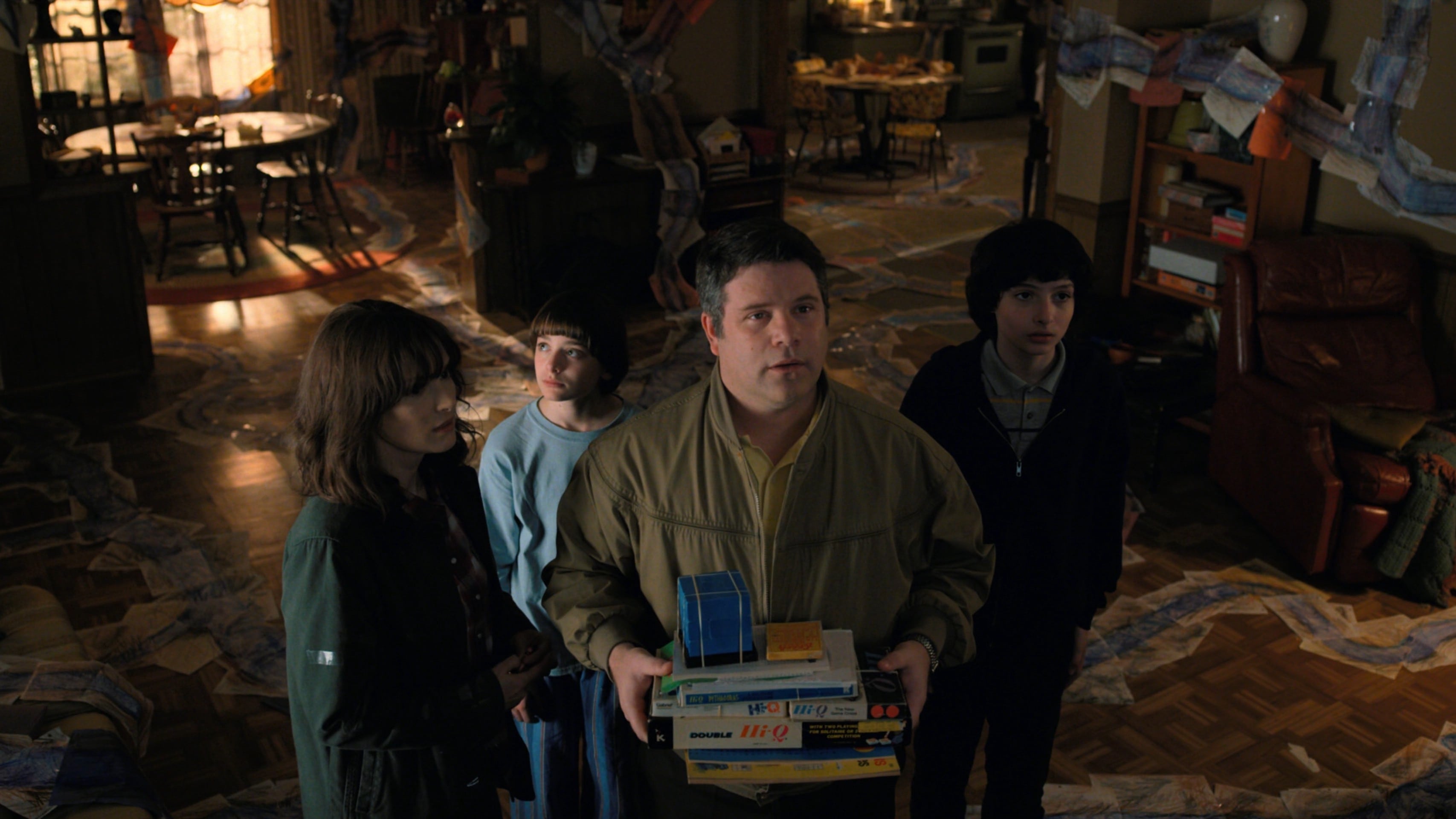 In the infected tunnels from the Upside Down, Hopper encounters a growth that sprays him with spores, causing him to lose consciousness. Overhead, the hole that Hopper dug is covered over by vines. At the Byers’ house, Joyce finishes assembling Will’s drawings. Meanwhile, Will tells Mike that he feels more connected to the shadow monster, but Mike tries to calm him by saying that it might be good as they can spy and figure out a way to defeat it. Mike also promises that they won’t let the monster spy back on him.

The next day, Will wakes up and tells Joyce that he thinks Hopper is in danger. Hopper wakes up and vomits black sludge. He tries to escape but finds the way back blocked. He starts moving deeper into the tunnels after covering his mouth.

Lucas tries to apologize to Max for the way the group had been excluding her, while Dustin tries to catch Dart. Eleven hitches a ride to her mother’s house but cannot get her to respond.

Jonathan and Nancy seek out Murray Bauman. Nancy corrects a lot of Murray’s information and reveals the truth about Barb. At the arcade, Lucas tells Max the truth about what happened to Will the previous year.

Bob arrives at the Byers house. Initially, Joyce tries to brush him off because he is not privy to the events of the previous year, but when she realizes that he might be able to solve the puzzle of Will’s drawings, she relents. Bob quickly realizes that Will’s drawings are a map of Hawkins.

In the tunnels, Hopper realizes that the tendrils are afraid of fire. Scaring away the tendrils with a fire-lit branch, he tries to dig up to the surface but fails and becomes tangled by the vines. Dustin buries his mother’s cat and lures Dart out of the house into a cellar. He tries to get in contact with his friends but fails.

Eleven arrives at Terry Ives’ house, but as she was initially rejected by Becky, she uses her powers to forcefully open the door. However, Eleven can’t get her mother to talk to her. Becky tries to get to know Eleven better. She shows El the room Terry kept for her, and offers to let El stay. Then, the lights start to flicker and Eleven realizes that Terry is trying to communicate.