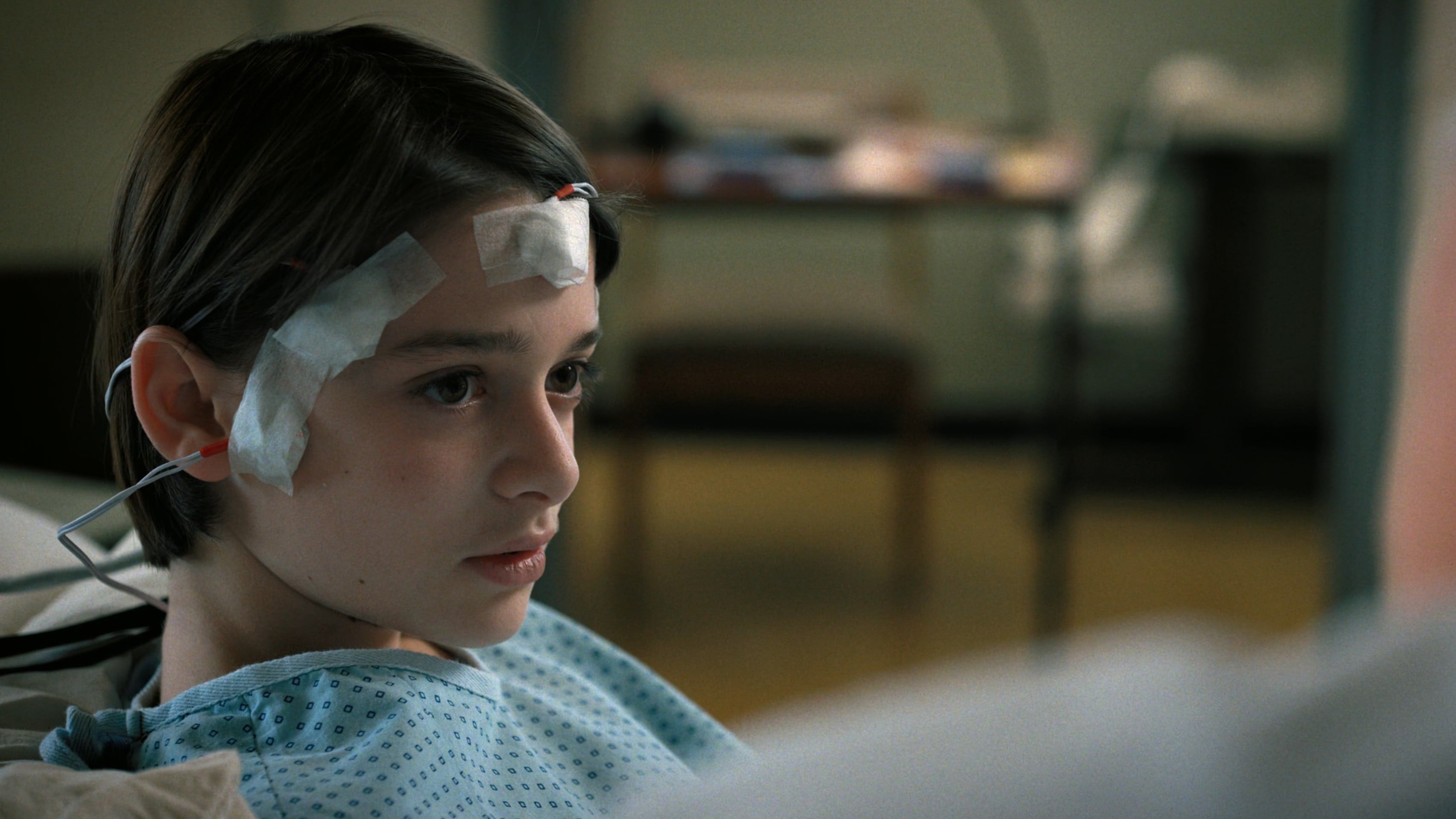 Will is rushed to the infirmary in Hawkins National Laboratory, burning from the inside. Dustin and Steve head to the cellar to find Dart, only to find that he has grown again and managed to tunnel out of the cellar. At Hawkins Lab, Joyce is angry that the doctors have no idea what is wrong with Will.

Nancy, Jonathan, and Murray Bauman make multiple copies of the tape revealing Hawkins Lab’s culpability in Barb’s death and prepare to mail them out to national newspapers. As it is late, Murray offers to let the kids stay in his guest room. The growing romantic tension between Nancy and Jonathan builds as they kiss and spend the night together.

Dr. Sam Owens shows Hopper the extent of the Gate. It has grown to a gargantuan size with a network of tunnels. When Hopper asks why they are not burning it, Owens says there is a complication.

Joyce fills Bob in on everything that happened. He takes it well despite thinking that this kind of thing only happens in science fiction. Will wakes up and doctors are called, but Joyce and Mike are surprised to see that Will has no memory of who Bob is.

In the morning, Murray makes Nancy and Jonathan breakfast then sends them on their way with a bottle of vodka and a warning to never contact him again.

Lucas finds out that Dustin has been trying to contact him from his sister, Erica. Dustin urges him to meet with him and Steve at the old junkyard to prepare against Dart, who has grown into a small Demogorgon. Lucas sneaks Max out of her house past her stepbrother offering proof that his story about Will is true.

Dr. Owens tests Will’s memories and finds that he only recognizes Joyce and Mike, but not him, Bob, or Hopper or the fact that he helped to find Hopper’s location. However, Will remembers the soldiers hurting “him”, referring to the shadow monster, which prompts Owens to test a theory. He burns a tentacle and Will responds in pain. Owens concludes that there is a hive mind virus connecting all the hosts, including Will.

Steve and Dustin bond while setting a trap for Dart, passing into the area of corruption caused by the underground tunnels. Hopper uses the radio to apologize to Eleven, acknowledging that he doesn’t want her to get hurt at all and promises that he will return home, though unaware that she has left the cabin.

Dr. Owens and the doctors discuss how Will’s brain is being altered by the shadow monster. The doctors all share the opinion that they must start burning again to control the spread even if it kills Will, but Owens refuses. While Joyce is worried about what is going on, Will tells Mike that he thinks he knows how to stop the monster.