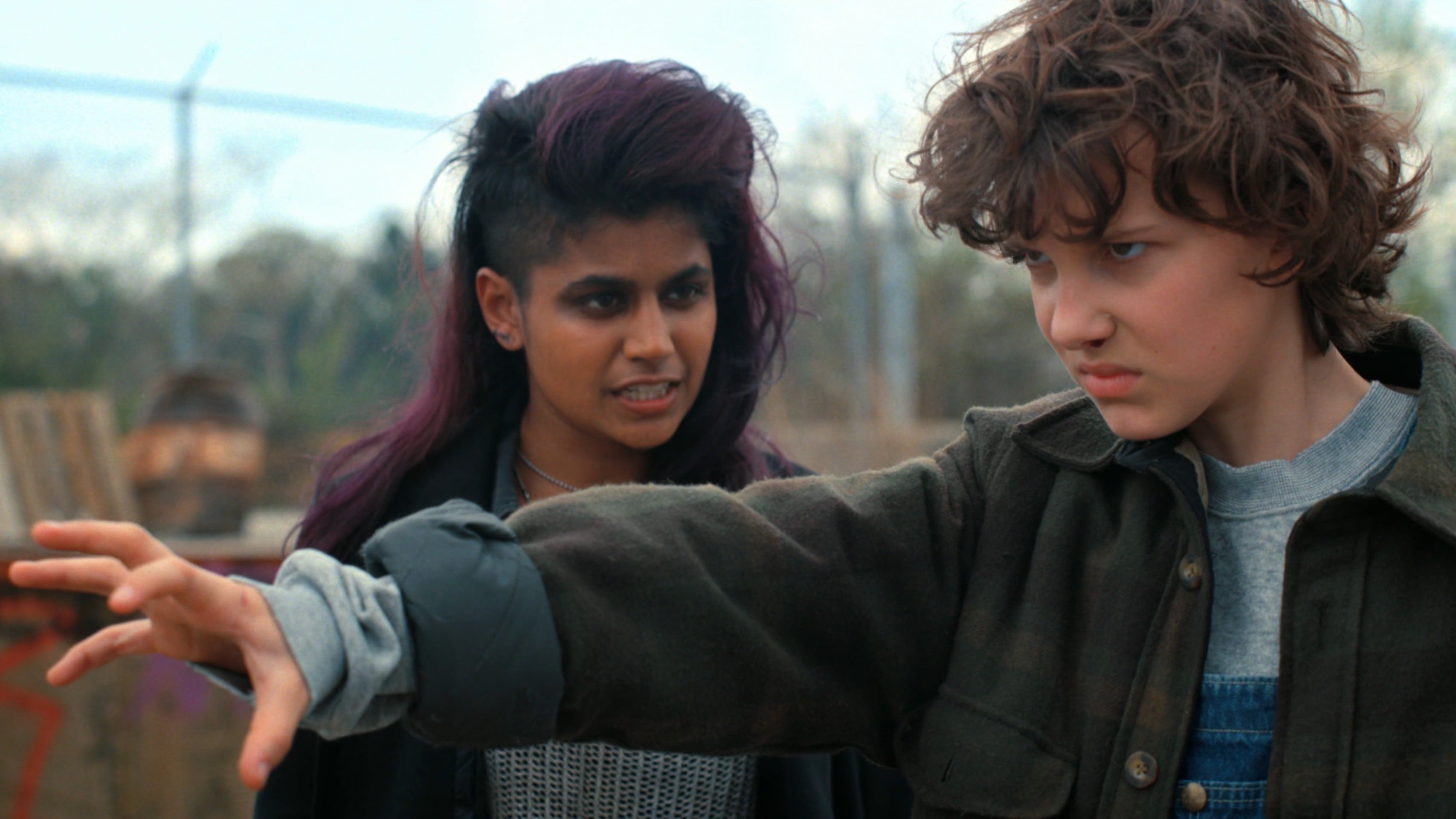 Eleven’s psychic connection with Terry shows her that Eleven was not always alone in Hawkins National Laboratory. Terry kept records on other missing children, and Becky gives them to Eleven. She recognizes one of the girls from the vision. As she was about to break the news to Terry, she overhears Terry on the telephone to the police, therefore leaving and tracks the girl to Chicago.

Eleven finds the girl and her friends in a rundown industrial area. The girl is Kali, and she has the number 008 tattooed on her wrist. Kali’s abilities create powerful illusions in people’s minds that they are convinced are real. Kali helps Eleven to control her powers further and then to join her gang on a mission.

The gang has been tracking down employees of Hawkins Lab, people who had been complicit in hurting Kali as a child. Eleven tracks one down and they storm his apartment. He does not recognize Kali and Eleven until Kali uses her powers to show him what they looked like as children. They are about to kill him when the other members of the gang find his two daughters in the apartment and they have called the police. Noticing a picture of him with his children, Eleven felt remorse and couldn’t kill him after that, and she uses her powers to prevent Kali from doing the same. The police arrive and the gang escapes.

Back at their hideout, Kali torments Eleven with a vision of Dr. Martin Brenner but insists that she is free to leave or avenge her mother. As police begin to surround the warehouse, Eleven becomes emotional remembering Mike and Hopper and enters the Void. In the Void, Eleven sees Mike and Hopper are in grave danger at Hawkins Lab. As she tries to reach Mike, the connection breaks and simultaneously, the police find the gang’s hideout and storm it. Nevertheless, Kali uses her powers to help them escape. But Eleven refuses to go with them, reminding them that her friends are in danger; she then leaves to return to Hawkins to save her friends.