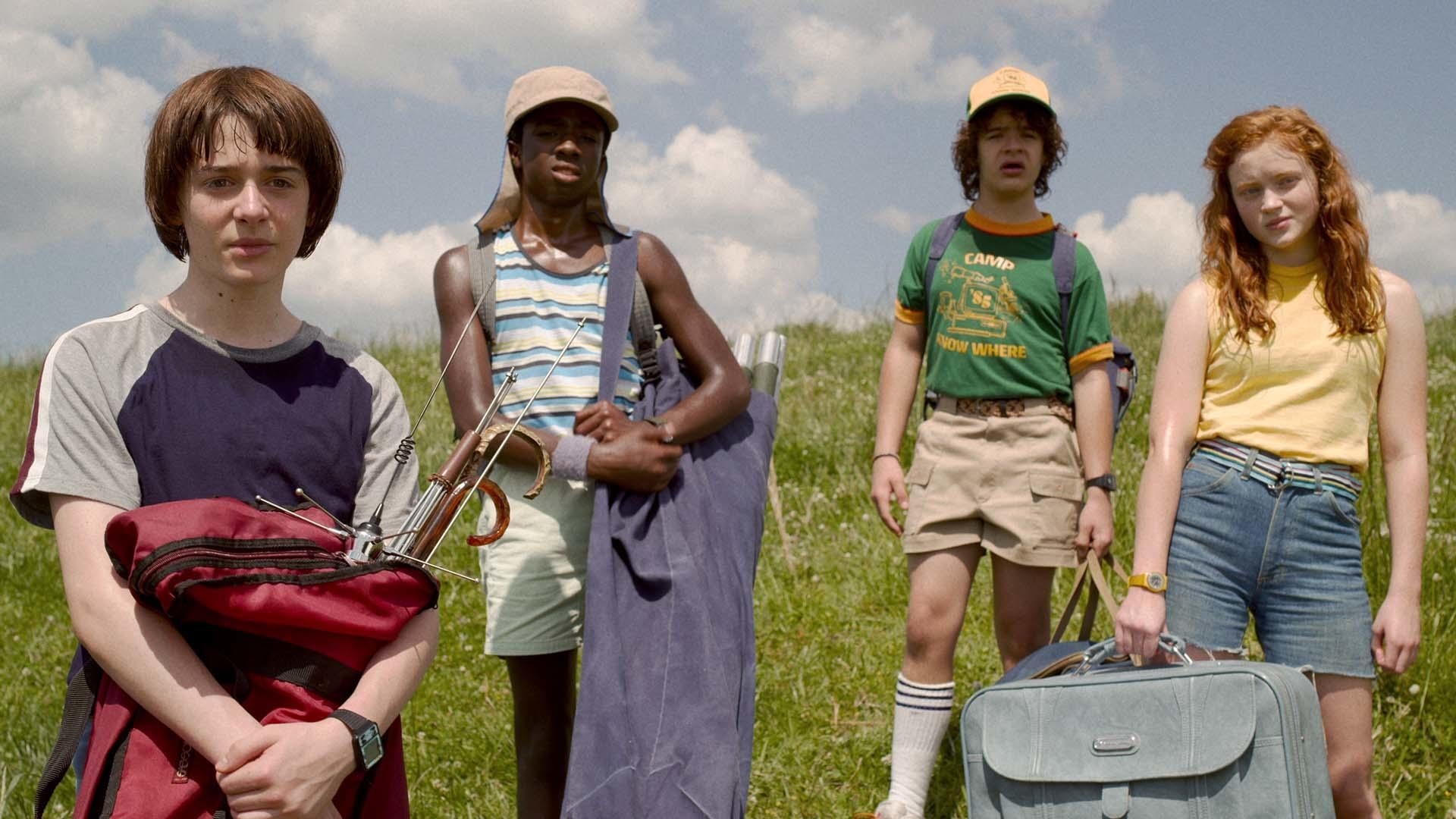 
Plot : Chapter One: Suzie, Do You Copy?

Several Soviet scientists attempt to create a Gate to the Upside Down. Although a small portal is successfully created, the machine and ray opening the portal begins to fail, closing the gate before exploding, killing many nearby scientists. Stepanov, a Soviet general, disappointed with the progress, has one of the scientists killed for failure while giving the remaining scientist, Alexei, only one year to finish, before heading out of the facility in a helicopter.

One year later, El and Mike Wheeler are seen passionately kissing in Hopper’s cabin while Hopper himself watches TV. He notices them kissing and objects about a “three-inch minimum” before El closes the door telekinetically long enough for them to separate and get into position reading some comic books. Mike then departs and promises to see El tomorrow.

Arriving at the Starcourt Mall to meet an impatient Lucas, along with Max Mayfield and Will Byers, they head in to see a movie while Lucas complains about Mike ignoring his friends to “make out”. They arrive at an ice cream shop where Steve Harrington is working, and he ushers them in through back hallways to sneak into the movie theater for free, specifically to see a film called Day of the Dead.

Before the movie truly begins however, the projector wears out. The entirety of the mall also loses power, followed by seemingly the entire city of Hawkins, power grids failing across the town one by one. Over at Brimborn Steel Works, an amorphous mass very similar to the Mind Flayer’s form in the Upside Down is slowly coalescing, right before the power is restored.

As Day of the Dead rumbles back to play, Will starts having flashbacks of his possession by the Mind Flayer, until Mike snaps him out of it.

Back at the Byers house, Nancy and Jonathan are just waking up, their clocks having been reset during the power outage. Nancy flees out the window while Jonathan prepares for work, and together they drive to drop Nancy off at her Hawkins Post job while Jonathan heads to his.

Meanwhile Dustin Henderson returns home after being away a month, none of his old friends responding to his radio calls. Sitting in his room, Dustin remarks how his turtle is the only one happy he is home, just before all of his toys spontaneously come to life and start moving out of his room in a procession, seemingly of their own volition but actually under the control of El. Dustin grabs hair spray and follows them, ready to attack and telling himself that it’s all a dream, before they suddenly stop moving. As Dustin investigates, El, Max, Lucas, Mike, and Will come out from behind a wall with a large “welcome home” poster and surprise him, causing Dustin to freak out and spray Lucas in the face with hair spray.