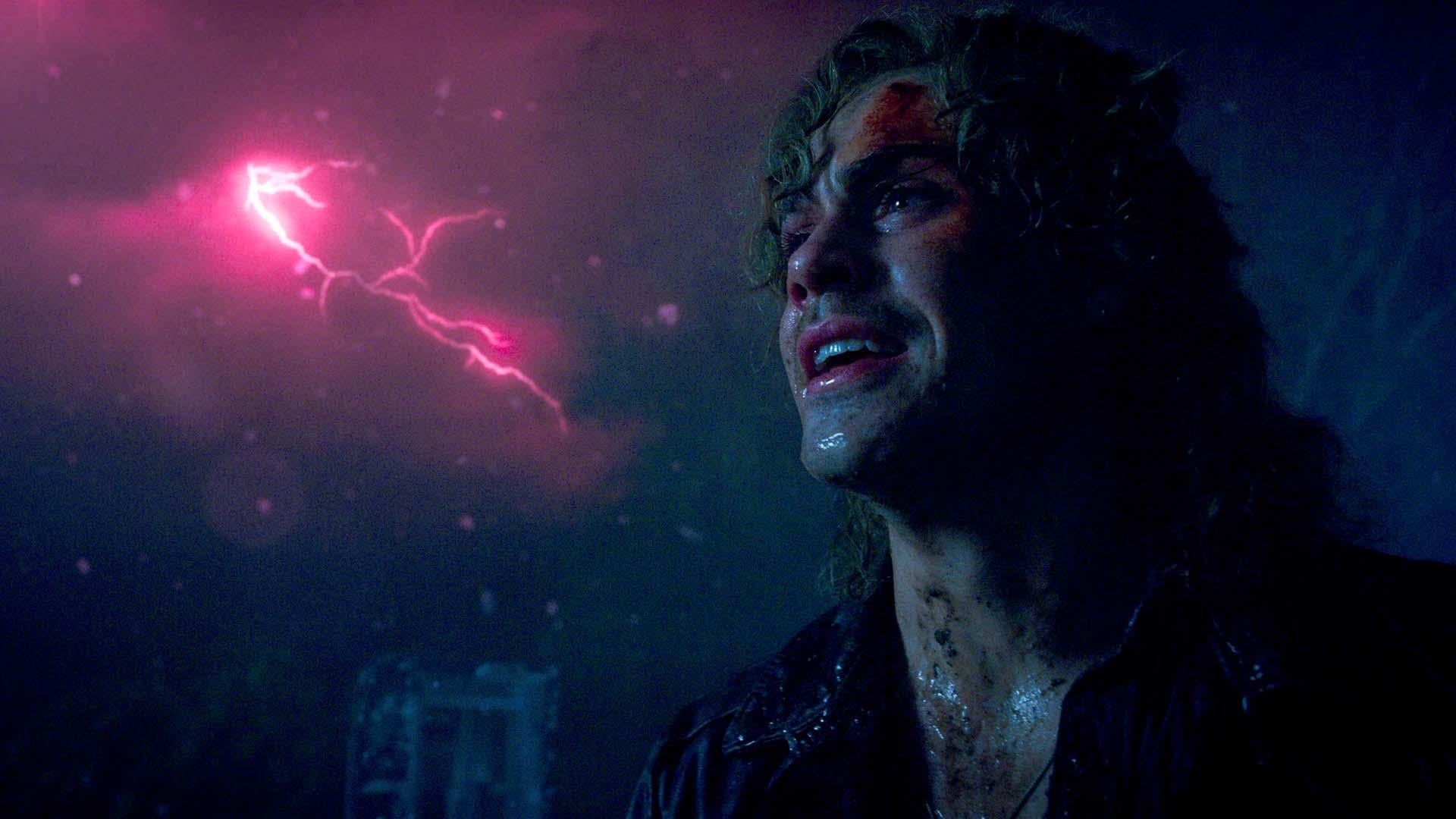 Billy manages to seemingly “escape” from Brimborn Steel Works, fleeing in terror to his car to then get away. Arriving at a payphone, Billy dials 911 but then has flashbacks of being taken by the creatures in the Steel Works. The power in the phone booth appears to fail, and Billy finds himself in the Upside Down, approached by a shadowy group of people. He asks what they want, until he sees a complete reflection of himself approach.

In Hopper’s cabin, El calls Mike to ask why he hasn’t come over. Mike hurriedly lies about his nana taking a turn for the worse despite the original false alarm, requiring him not to see El that day, and Hopper is pleased to see that there is now some distance between the pair. Ecstatic, he celebrates with Joyce Byers at Melvald’s General Store and pressures her into going to dinner with him before being called away to deal with a mob protesting the Starcourt Mall. Joyce however, is still confused by all the magnets no longer working.

At The Hawkins Post, Nancy manages to get off work to chase down a lead about diseased rats, taking Jonathan. Concurrently, Dustin meets up with Steve Harrington at Scoops Ahoy, relaying that he has found secret Russian communications, and that they can be heroes for reporting it if only Steve helps translate.

Also at the same time, El finds Max to talk about “boyfriend” issues, and despite El’s belief that “friends don’t lie”, Max assures her that boyfriends lie all the time. Mike himself knows that El sees through the deception, but is too scared of Hopper to change course. Lucas tells Mike that he handled it very poorly, and indeed Max tells El to stop calling Mike and to ignore his calls, to “treat him like garbage” until he explains himself, and if he doesn’t, to dump him. Meanwhile, Mike continues to agonize over his mishandling, but Lucas reassures him that he can make up for his mistake, just as El and Max head out to “have some fun”.

At the Hawkins Community Pool, Karen leaves Jill behind to ask after Billy, as she had not come that night and did not realize that Billy also didn’t come due to his crash. Billy, drenched in sweat, vividly imagines cracking Karen’s head open on the side of the storage racks, but controls himself and turns to face her, telling her to “stay away from him”. He heads out into the sunlight, but the light and heat blind and hurt him, and he becomes disoriented, every sound stabbing at his ears.

Back at Scoops Ahoy, Dustin and Steve have only just managed to create a Cyrillic-to-Latin analogue for the differences in alphabets between English and Russian. Frustrated by Erica, Robin asks to help translate because she’s bored out of her mind, being fluent in four languages and having been in band for twelve years. She has Steve take over the store while she helps with the project.