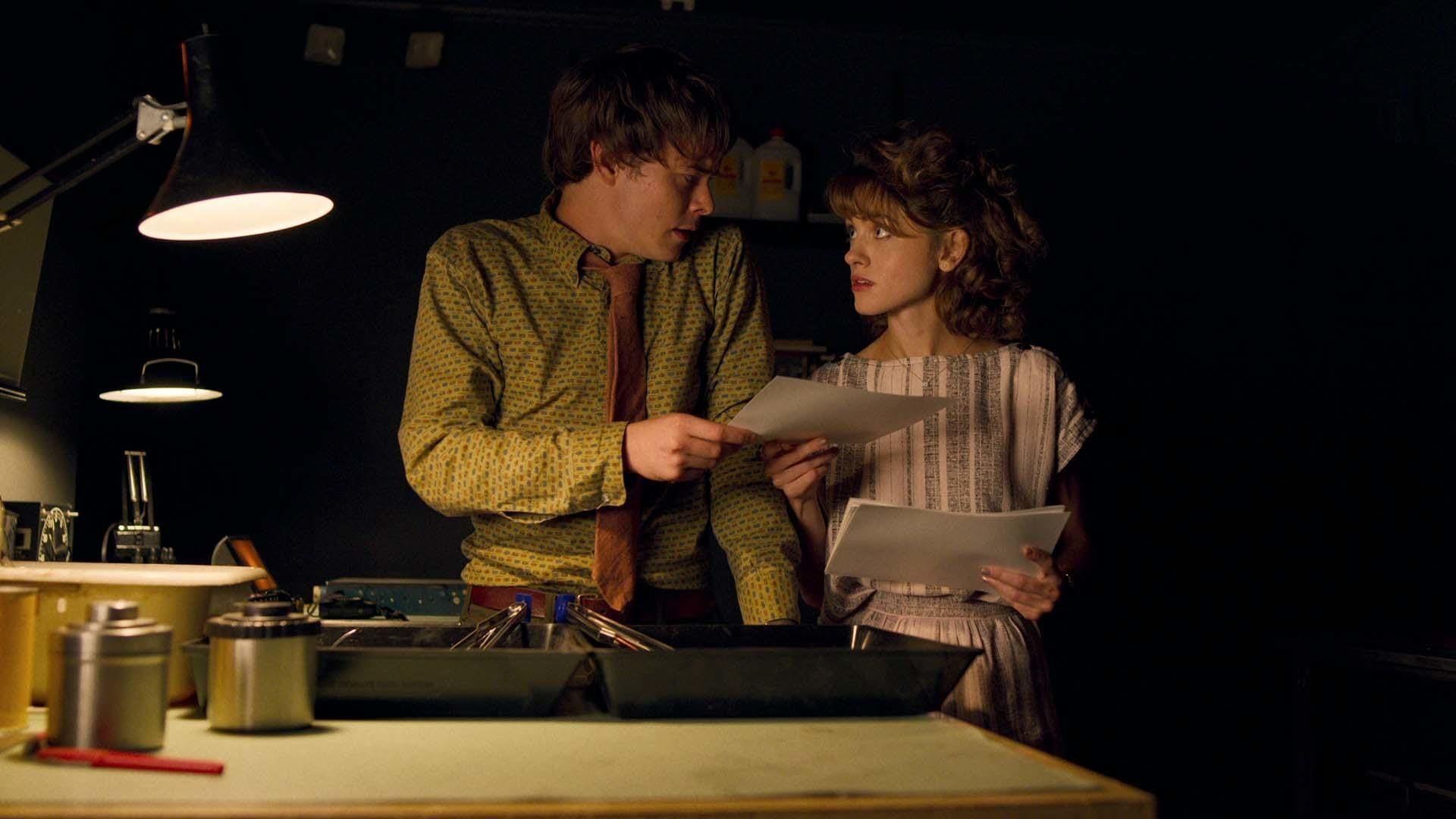 
Plot : Chapter Three: The Case of the Missing Lifeguard

Max and El eavesdrop on Mike Wheeler and Lucas Sinclair using El’s powers, discovering them belching and passing gas, before Hopper arrives drunk. Pleasantly surprised to see Max instead of Mike, Hopper leaves to watch TV while Max and El play “spin the bottle” to figure out who to spy on. They land on Max’s step-brother Billy Hargrove. Spying on him, El notices him talking to Heather, just before the monster attacks her. As she screams however, Billy notices El spying on him, and turns to face her before she vanishes.

While El is distraught by what she’s seen, Will Byers however is in a much more festive mood at the Wheeler house, declaring a “day without girls” to just play Dungeons & Dragons. Meanwhile Hopper sobers up in the shower until Joyce Byers shows up trying to explain what is happening with electromagnetic fields, and for the third time in the series Hopper initially disbelieves her. Angry because Joyce didn’t go out with him, he continuously rants until he discovers that Joyce has left and intends to head there on her own, and although he tries to stop her he has no choice but to follow.

Concerned about Billy, El and Max head to the Hargrove House to check out his room. There they discover that his tub is filled with ice to keep cold, just as Will Byers wanted to keep cold when he was possessed by the Mind Flayer. They also find a bloody lifeguard’s whistle and a fanny pack in his bathroom.

At the Starcourt Mall, Robin is still translating the Russian message, rejecting Erica Sinclair’s request for more “samples”. Her coworker Steve is not on duty, instead sneaking around the mall with Dustin using a pair of binoculars. Steve gets distracted by mall passersby, so Dustin takes the binoculars and searches himself, but they get distracted again over Robin as a potential girlfriend for Steve.

Back at the Wheeler house, Will is still playing a game of Dungeons & Dragons with Mike and Lucas, although the latter two aren’t nearly so enthused about the game as Will. They quickly take the opportunity to escape the game when the phone rings, and get to talking about El, but although Will insists upon returning to the game, Mike dryly acts out the rest of the game so that they can be finished early, which angers Will. Although Mike and Lucas try to calm him down with assurances that they’ll finish properly, Will tells them to just forget about it and angrily walks out of the room, heading toward home. Mike stops Will in the driveway, saying that he just wasn’t in the mood, and Will accuses Mike of never being in the mood and destroying the Party, not caring about Dustin or where he is, only girls. Mike asks if Will just expected to stay home and play games indefinitely rather than growing up, and Will says that yes, he did, before biking out into the rain.

El and Max go to the pool to look for who owns the lifeguard’s whistle and kit they found in Billy’s room, but although the lifeguard on duty says it belongs to Heather, Heather has not been in. El takes an image of Heather and uses the Void to locate her in a tub of ice. Heather emerges, asking El to help, before being drawn back down into the Void and lost to El’s sight.

At the Hawkins National Laboratory, Joyce and Hopper have now arrived. Entering the building, Joyce has flashbacks from where Bob Newby died, but they eventually move on and are spotted by a camera. Concurrently in the Starcourt Mall, Dustin finally spots what appears to be an “Evil Russian”, but after following him they realize that he’s just a Jazzercise instructor.