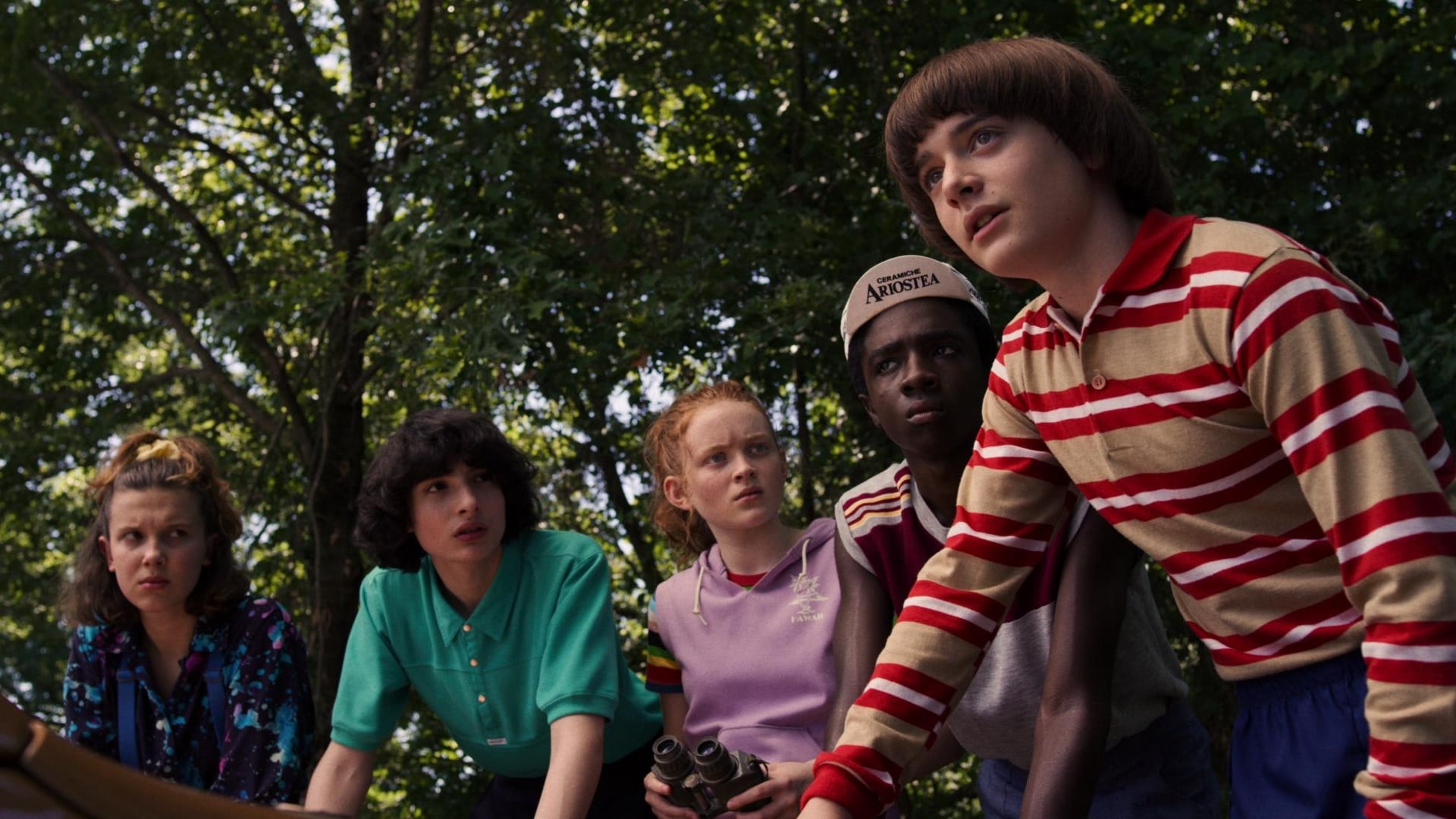 El is lying in bed with Max, worrying over Heather and Billy. Max convinces El to calm down marginally, and then they read comic books. At the same time, Mrs. Driscoll has been restrained by police and is being taken out of her home on a stretcher. With fertilizer all over her face, she hysterically screams “I have to go back!” repeatedly as she is placed in an ambulance and rushed to the hospital. While this happens, Tom and Janet Holloway wake up, bound, inside Brimborn Steel Works. Their daughter Heather approaches and takes off Tom’s gag, and Tom pleads to Heather that “you don’t have to do this, you can stop this”. Heather responds that “there is no stopping it”, before she and Billy depart. The Mind Flayer then arrives and launches one vine apiece onto the couple’s faces, each one pulsating, implanting them and turning them into the Flayed.

Hopper wakes up from his injuries from the night before, retching and then getting up only to find that he didn’t have any clothes on, much to Joyce’s consternation, having been taking care of him. They try to identify who attacked Hopper, and Joyce notes that they didn’t drive a car, which Hopper picks up on.

In the Hargrove house, Lucas tries to reach Max via radio, but she tells him to shut up and turns off her radio. Mike then calls, and tells her that there’s a serious situation and to come to his house immediately. There, the rest of the Party tries unsuccessfully to reach Dustin. Dustin however, is with Steve and Robin scoping out the Russians’ base of operations, trying to get inside. Steve suggests sneaking and taking out the armed guard for his pass key, but then him and Dustin get to arguing before Robin rushes off on her own plan, telling them to stay put.

At The Hawkins Post, Tom Holloway, the lead journalist, angrily interrogates Nancy and Jonathan for following up on the rat lead as he had ordered Nancy not to. He berates them for trespassing on her home, for taking a “paranoid schizophrenic” seriously, and for falsely identifying themselves as reporters. Due to the threat of lawsuit, he fires them both.

Arriving at city hall, Hopper asks Mayor Kline if he saw the man who attacked him, having seen him go into Kline’s office a few days ago. Kline claims not to remember, trying to convince Hopper that he was only a maintenance plumber, but Hopper responds with his knowledge of Larry passed out on coke and cheating on his wife in the past, as a threat. Larry fires back with his own threats and knowledge of Hopper’s, saying that “one call to Tom at the Post and you’re done, buddy”.

Larry goes to escort Hopper out, but Hopper then assaults him, demanding the information, and although Larry’s secretary tries to call the police, Joyce unplugs her phone. With Larry uncooperative, Hopper repeatedly threatens to cut off Larry’s finger, and Larry eventually admits that he was bribed by that person (who works for Starcourt Mall) in order to help them expand into East Hawkins. Hopper demands to see records of the purchases, and takes Larry hostage to find them.