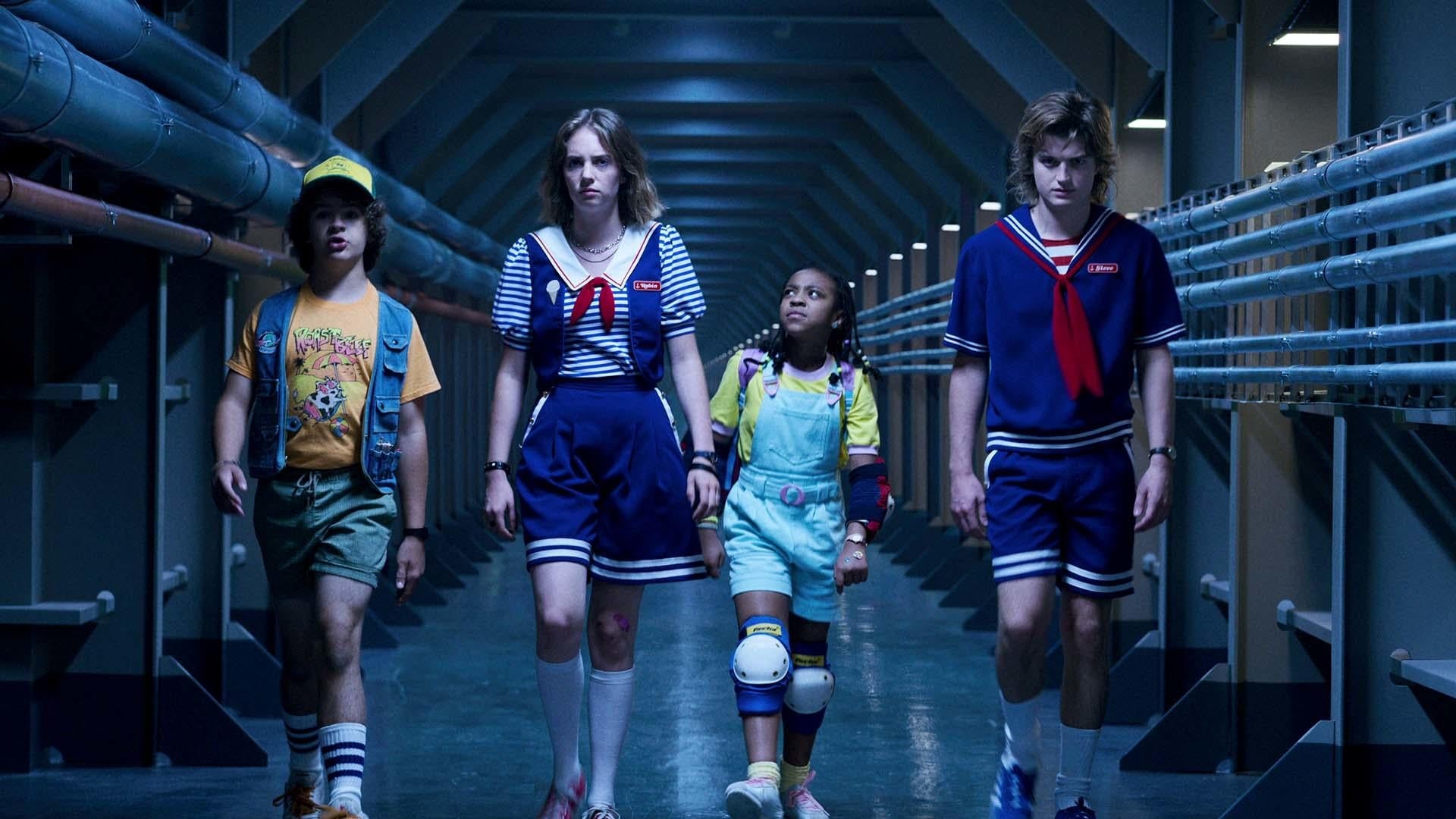 Swiftly descending into the earth, Steve, Robin, Dustin, and Erica are seemingly trapped in an elevator until they manage to escape out of a ventilation shaft on top, only to realize the surface is too far away to climb out that way. Hopper and Joyce continue to search illicitly-obtained properties in East Hawkins until they discover one with a pulsing sound coming from below and a hidden staircase leading further down.

Descending, they find and bind two Russian scientists before Grigori, another Russian agent, arrives. Hopper pulls a gun on him, but he escapes and the two grapple and disarm each other. Joyce throws the gun back to Hopper, but it passes him and lands near Grigori, forcing Joyce and Hopper to flee. They take one of the Russian scientists, Alexei, hostage and then leave the area after closing the hidden staircase on Grigori. Grigori breaks through, and fires after their car as they drive away.

Nancy calls Jonathan early in the morning with news about Mrs. Driscoll, wanting to know where Will is. Nancy believes Driscoll is connected to the Upside Down somehow, but Will is not home, and Nancy believes he may be in danger, much to Jonathan’s concern.

On the road, Hopper’s car breaks down due to bullet holes through the engine. Joyce tries to communicate with Alexei while Hopper tries to fix the car, but as it starts the smoke Alexei yells “stop!” prior to the engine exploding. They then walk through the forest, unsure what to do, as El eavesdrops on them via the Void at Mike’s house. She says they’re headed to “ill-annoy”, Illinois, and then heads to the bathroom. Mike fumes over what to do about the Mind Flayer, also noting that El and Max are probably “conspiring” against him, before Nancy and Jonathan arrive for Will.

Beneath the Starcourt Mall, Dustin and company are still trapped in an elevator shaft after having been there for eight hours, Steve and Robin staying up trying to figure out a way to open the door. They are interrupted by the arrival of several Russian agents, who open the door, They collect packages and leave, but just as the door closes, Steve slips a container between the door and the ground to keep it open, allowing them to escape the elevator just before the door crushes the container, releasing a green, corrosive, seemingly radioactive acid that burns through the concrete floor. They then set out down the long tunnel passageway away from the elevator.

Back at the Wheeler house, Nancy and Mike figure out that Mrs. Driscoll, Tom Holloway, and Heather Holloway are also flayed, meaning they are possessed by the Mind Flayer like Billy, so they head out to act. At the same time, Grigori finds their broken down car and begins to follow their tracks. While Hopper and Joyce argue, Alexei locates a gas station and there Hopper buys them drinks and a Slurpee for Alexei. They then commandeer a car and head out.