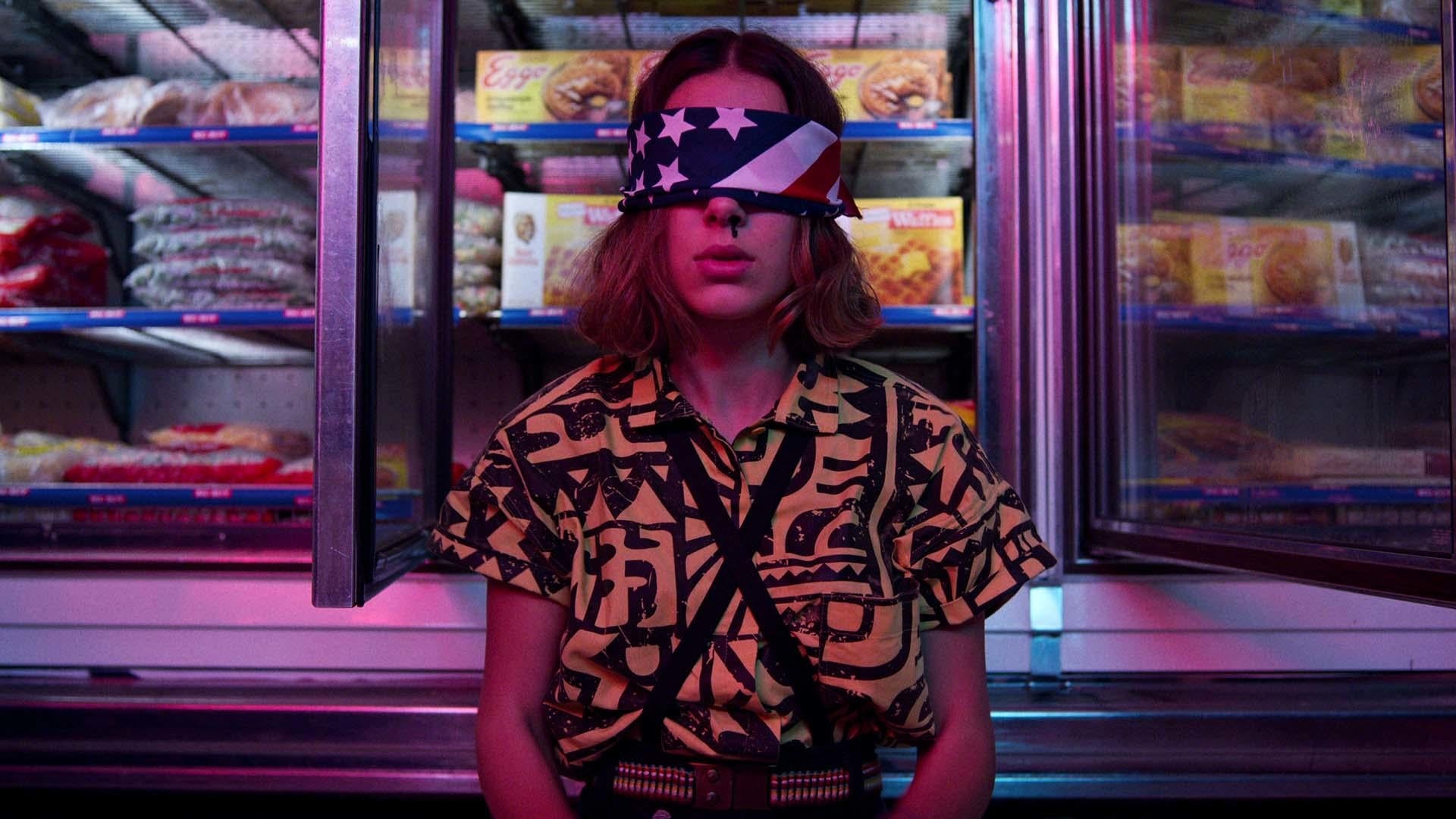 The residents of Hawkins are enjoying the 4th of July Fun Fair as they run around riding rides and playing carnival games. The Hawkins High School band performs as Larry Kline comes up onto the stage to give a speech. As Kline gives his speech, Ted, Karen, and Holly are boarding a Ferris wheel. The ride starts up as Ted nervously looks around. Kline finishes his speech just as the Ferris wheel stops at the top to give the Wheelers a good view of the fireworks as they start. Holly notices that the trees have unusually began to shake. Karen tells her to ignore them and enjoy the fireworks but Holly remains concerned about it.

Meanwhile, beneath the Starcourt Mall, Dustin drives a golf cart as he and Erica continue to help Steve and Robin escape from the Russian guards. The group boards the elevator to return to the mall as Steve and Robin, who are still high from the truth serum, laugh and mess around with the cart on the elevator. They eventually make it back to ground level, but turn around and go back inside when they are spotted by two security guards. Back at the cabin, the Party prepares for a battle with the Mind Flayer as Nancy and Jonathan arm themselves with a shotgun and axe respectively while the others use furniture and other large objects to barricade the room. They wait for the Mind Flayer in anticipation as various objects around the room begin to shake.

Eventually, the Mind Flayer breaks into the cabin and begins attacking them. Jonathan tries to sever one of its limbs with the axe but it throws him against the wall. Nancy also tries to shoot it with the shotgun but runs out of bullets. It then tries to attack Nancy but is stopped by El’s telekinesis. El then severs the arm as two other arms attempt to attack El but she stops them and severs them like the previous arm. Suddenly, the Mind Flayer breaks through the roof of the cabin. It manages to grab El by her left ankle in an attempt to take her, but Mike, Jonathan, Max, and Will grab her to prevent her from being eaten alive. Nancy reloads the shotgun and shoots the Mind Flayer in rapid succession, but to no avail. Lucas then severs the arm with the axe and frees El, causing them all to fall to the floor. Mike then pulls the remaining flesh off of El’s leg, causing her to scream in pain.

El eventually stands up and severs the head of the Mind Flayer, and then falls backwards into Max’s arms, her left leg bleeding profusely. The group then flees into Nancy’s car and drives away, with Max and Mike helping to get El out of the cabin and to the car safely. Back at the Mall, Dustin’s group manages to escape from the security guards that are chasing them and they end up in a theater that is showing Back to the Future. Steve and Robin are seated in the front row by Dustin and Erica and told not to move while they sit on the opposite side of the row and discuss what to do with Steve and Robin. Dustin then leaves the theater in an attempt to find a way out without alerting the guards.