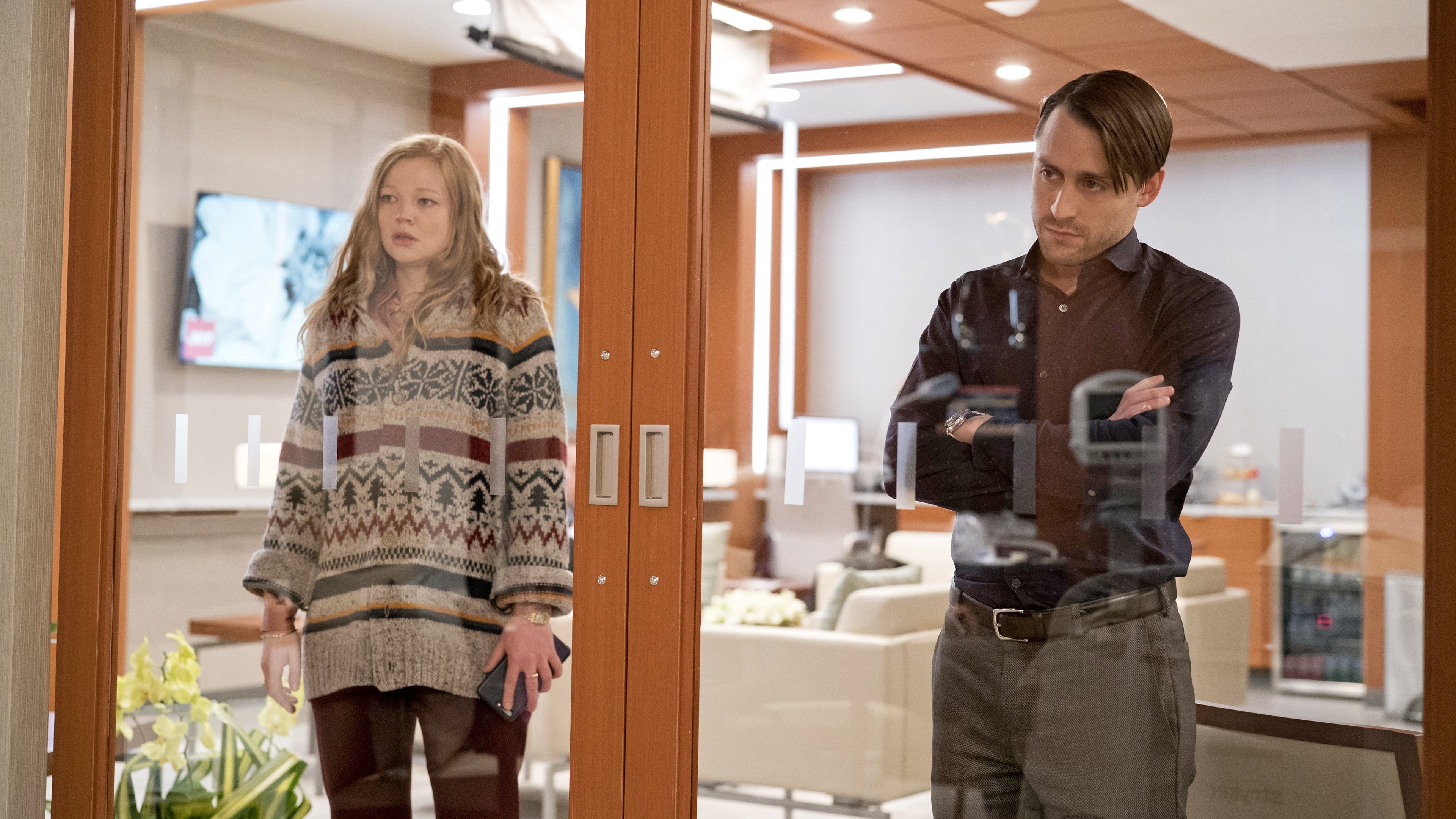 Kendall receives word of Logan’s stroke from Lawrence Yee, Vaulter’s CEO and Kendall’s rival, immediately after securing the acquisition deal, and rushes to the hospital. The Roy children are in disagreement over who should take control of Waystar in the wake of Logan’s incapacitation:

Roman and Connor want to sign the papers out of respect for their father’s wishes, whereas Kendall believes he should become CEO, and Shiv is opposed based on doubts about Marcia’s role in the company. Marcia sends Greg to retrieve Logan’s items from his apartment. Roman asks Greg to bring the will, but Shiv instructs the opposite; Greg ultimately decides not to bring the papers.

Shiv’s boyfriend Tom Wambsgans proposes to her at the hospital, and she accepts. It is eventually agreed that Kendall become acting CEO of Waystar with Roman as COO. Waystar’s general counsel Gerri Kellman informs Kendall that Logan is $3 billion in debt due to his expansion into parks. Logan wakes up in his hospital bed.