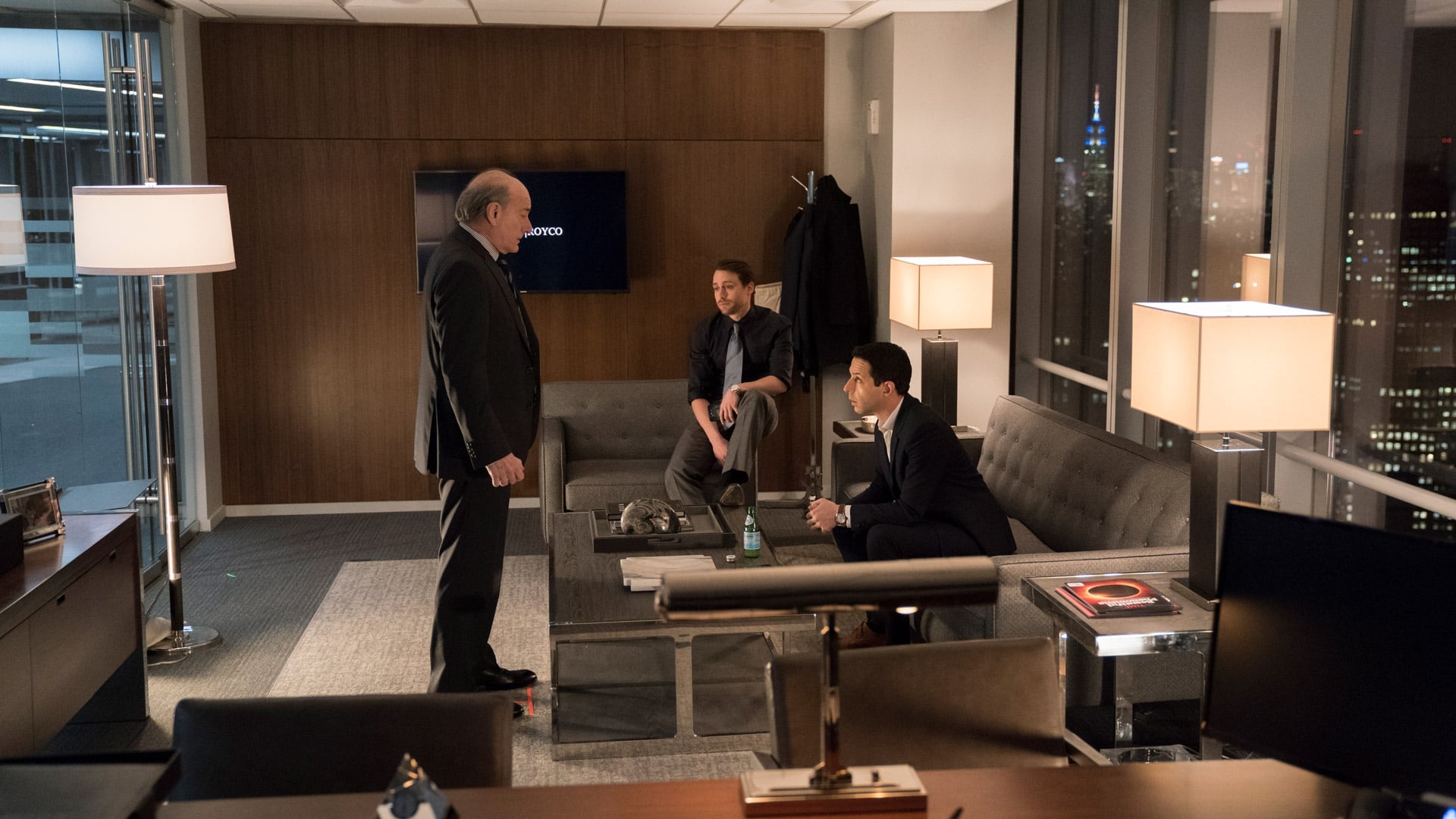 
Plot : Which Side Are You On?

Kendall, Roman, Frank and Gerri work together to amass a majority vote in favor of removing Logan from his position as CEO. Roman is able to sway Lawrence to their side. Logan travels to Washington D.C. for a meeting with the President, but the meeting is cancelled last-minute amid concerns regarding a terror threat.

Greg is advised by Ewan to stay out of the no-confidence vote, but Greg later discloses his knowledge of the vote to Tom. On the day of the vote, Kendall flies to Long Island to visit an ailing board member at her home to convince her to vote with him, but is unable to take a helicopter back to Manhattan due to a lockdown over the terror threat. He is thereby delayed in his arrival to the vote while stuck in traffic, and Frank begins the vote without him.

However, a furious Logan refuses to leave the room during the vote and instead berates several board members (including Roman) to side with him, and fires everyone who voted against, including Kendall and Frank.