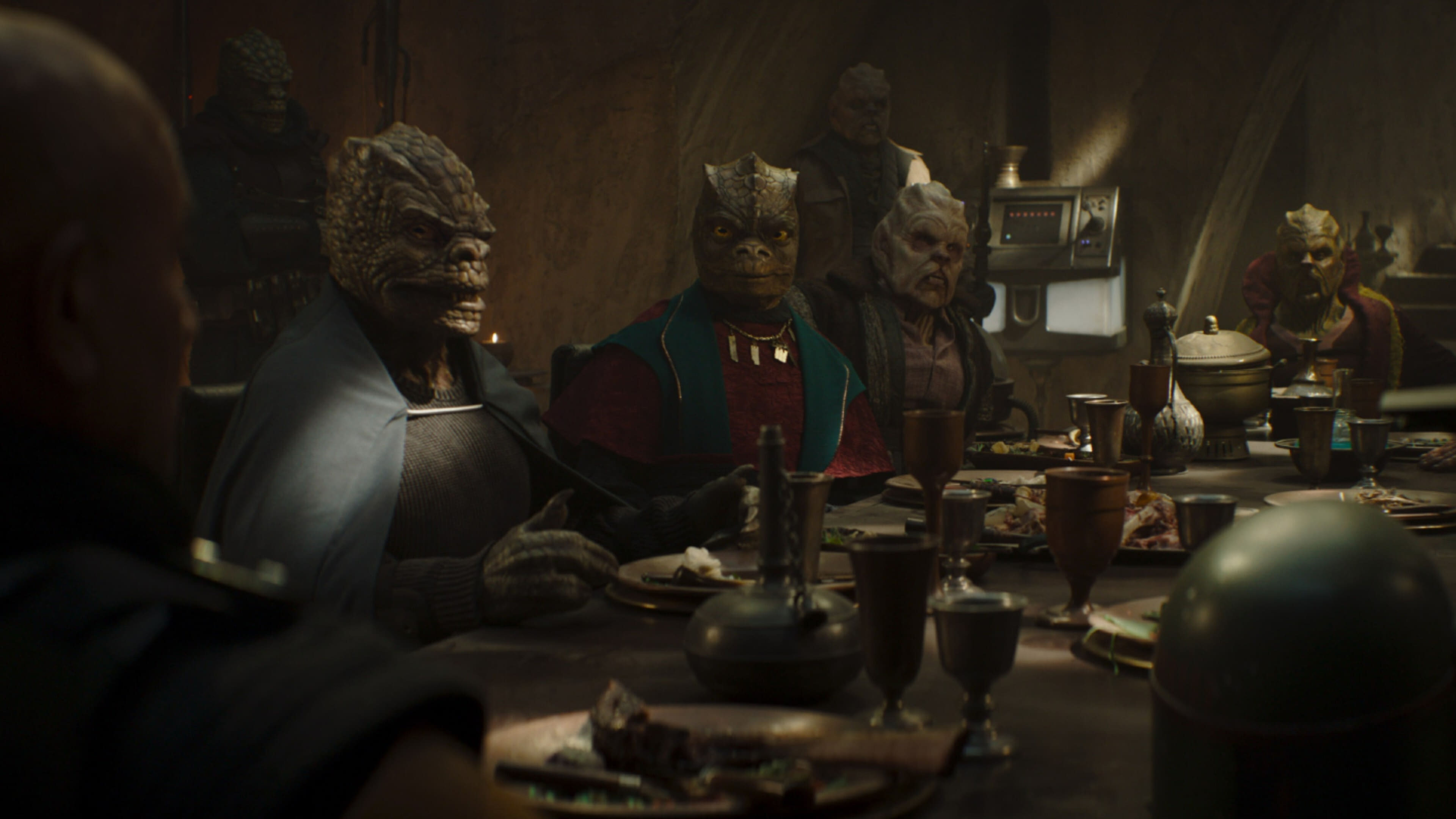 
Plot : Chapter 2: The Tribes of Tatooine

Fett and Shand interrogate the captured assassin who claims to have been hired by Mok Shaiz, the Mayor of Mos Espa. Shaiz denies this but offers payment to Fett for capturing the assassin and suggests that they visit the Sanctuary again. Fwip informs Fett that two of Jabba’s cousins, a pair of Hutts known as “The Twins,” want to claim Jabba’s throne for themselves. The Twins arrive with the Wookiee bounty hunter Black Krrsantan and try to intimidate Fett, but he refuses to submit. In the bacta tank, Fett remembers the Tuskens teaching him their style of combat and desert survival skills.

After the tribe was attacked by a Pyke Syndicate spice train, Fett stole some speeders from a nearby gang and taught the Tuskens how to ride them. He led the tribe in a successful attack to stop the train and warned the surviving Pykes that they would have to pay a toll to enter the Tuskens’ territory in the future. To be admitted into the Tusken tribe, Fett was guided by a lizard inside his head to a branch, which he turned into his own gaffi stick. The tribe then held a ceremony to accept him.